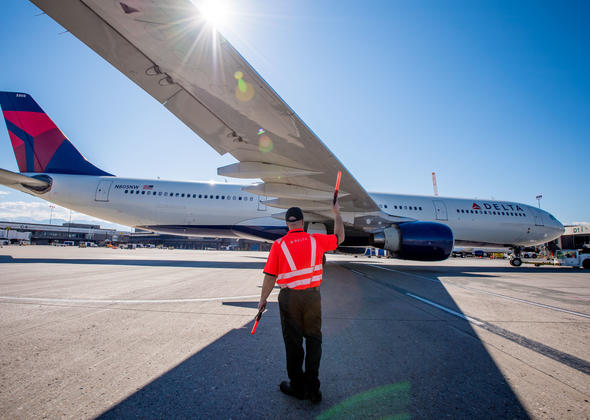 Delta mainline and Delta Connection logged a combined 20 days without canceling a single flight1 as of May 18, surpassing the airline's previous record streak of 18 "Brand Days" set in December 2017. A Brand Day requires that both sides of Delta's operation, mainline and the regional Delta Connection, run without a cancellation — no small feat given the 5,500 flights that depart on average each day across the system.

"This record achievement is just another proof point of the hard work and dedication of all Delta people to keep doing better for the 200 million customers we serve each year," said Gil West, Delta's Chief Operating Officer. "And our climb continues as we make additional investments in our people and operation to improve the service we provide. Hats off to Delta's 80,000 professionals for this incredible accomplishment."

During the record 20-day period from April 29 to May 19, Delta employees operated 113,761 flights. Sunday's impactful thunderstorms in the Northeast closed out the streak for the combined operations. However, Delta mainline continues its streak, now at 24 days, while adding to the 100 cancel-free days achieved thus far in 2019.

The airline continues to lead the industry in completion factor performance, which is the measure of the number of flights flown versus scheduled, at 98.63 percent year to date2.

Breaking records across the company: Completing flights and reducing complaints

Not only has Delta set a new cancel-free streak record, the airline has also significantly reduced its DOT consumer complaint rates, securing the No. 2 spot among its competitive set3 for fewest complaints per 100,000 passengers boarded4. From January through February, the airline's DOT complaint rate was 0.47 — a 46 percent improvement over the same period in 2018.

The DOT's April Air Travel Consumer Report, which includes data through February 2019 and is based on domestic flight data from reporting U.S. airlines, shows Delta had just 0.41 complaints in January and 0.53 complaints in February per 100,000 passengers boarded — the airline's lowest on record for both months.

"As we build on this momentum, I want to thank all of the teams who continue to provide world-class service for our customers and care for each other every day." said Tori Forbes-Roberts, Vice President – Reservation Sales and Customer Care. "Delta continues to raise the bar and set higher standards for itself and others across the industry. These wins are among the many reasons why Delta is the world's most awarded airline."

[1] Based on Delta internal operational reporting for all Delta mainline and Delta Connection flights scheduled from April 29, 2019 to May 19, 2018 and includes approximately 20 extended delays.