This year marked Delta's 15th annual flight, which carried more than 160 employee breast cancer survivors on board the airline's iconic pink plane from Atlanta to San Diego.  Four customers and their guests also joined the flight after bidding through SkyMiles Experiences. The auction raised more than 500,000 SkyMiles, which will directly benefit BCRF's researchers as they continue to travel across the globe for critical meetings and symposiums. 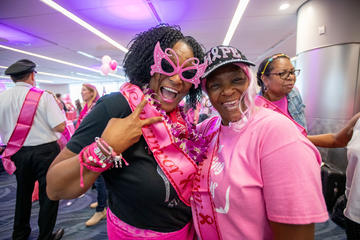 Since 2005, Delta employees, customers and their friends and families have raised $16.7 million for BCRF, including last year's efforts of $2.1 million. The collective contributions have funded the vital work of 67 different research projects over the years in the pursuit of eradicating breast cancer. Throughout the day, fundraising took place in the air and on the ground, with leaders, customers and employees offering to match donations – resulting in more than $25,000 raised.

"All of our donations are strategically focused on funding cutting-edge research that will, one day, lead to a cure," said Allison Ausband, S.V.P. – In-Flight Service. "The gracious donations from our employees and customers worldwide allow us to currently fund eight innovative and world researchers from Paris to Israel, and across the country. These researchers are deeply focused on improving care, producing better outcomes and transforming lives of those diagnosed with breast cancer. The thousands of women and men suffering from breast cancer today depend on us, which is why we will continue to unite in our passion and support for BCRF."

At the evening event, survivors had the opportunity to hear from one of the Delta-funded researchers, Dr. Sofia Merajver. Dr. Merajver is an internationally recognized leader in clinical and translational research on breast cancer and a BCRF grantee since 2004. At the event, she updated attendees on her latest groundbreaking research, her study on how and why some breast cancer cells metastasize.  She also participated in a Q&A, where she answered personal questions on various diagnoses and shared educational resources. 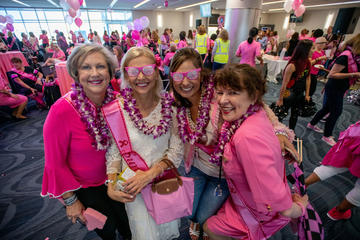 Additionally at the event, BCRF announced Delta will receive the inaugural LA Goes Pink Corporate Excellence in Philanthropy Award in October in recognition of the airline's commitment to breast cancer research and long-standing support of BCRF. Four years ago, Delta helped establish 'LA Goes Pink,' an organization now on track to raise more than $1 million for BCRF by the end of 2019.

To support this year's efforts, Delta employees will wear pink uniforms and sell pink products, including pink lemonade and pink headsets, on board and in Delta Sky Clubs throughout the month of October. Customers and employees can support this year's BCRF fundraising efforts by donating to BCRF onboard flights – and virtually year-round on delta.com and through SkyWish, the charitable arm of Delta's SkyMiles frequent flyer program which allows Delta and its SkyMiles members to donate miles to charitable organizations worldwide.

Customers are able to purchase Pink Boutique merchandise through the Pink Boutique online store, with proceeds directly benefitting BCRF's research projects and its critical mission of finding a cure. Delta is also donating a percentage of onboard food and beverage sales directly to BCRF during the month of October.

BCRF is a nonprofit organization committed to achieving prevention and a cure for breast cancer. BCRF provides critical funding for cancer research worldwide to fuel advances in tumor biology, genetics, prevention, treatment, metastasis and survivorship. Since its founding in 1993 by Evelyn H. Lauder, BCRF has raised more than half a billion dollars for lifesaving research. In 2019-2020, BCRF will award $66 million in annual grants to nearly 275 scientists from top universities and medical institutions around the globe.​ 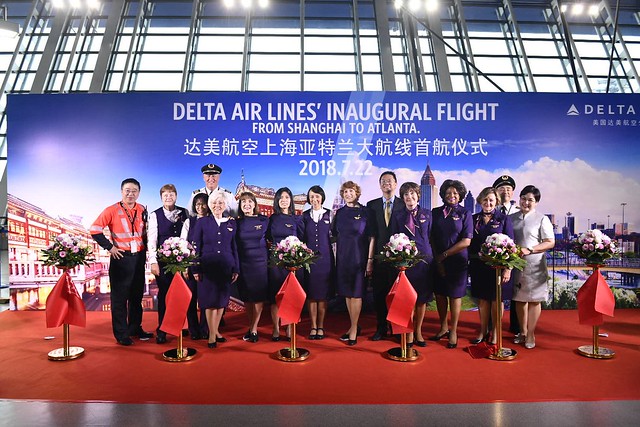