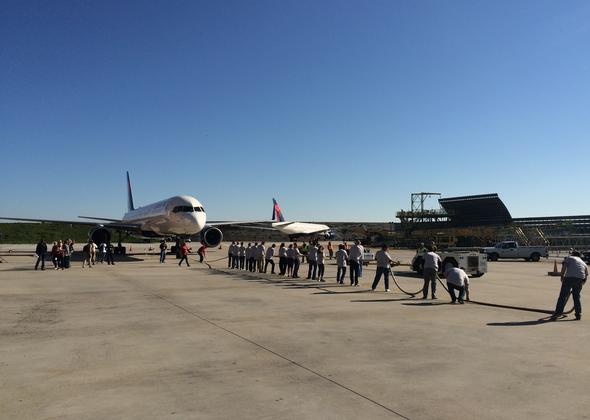 Delta people are known for giving back in a big way, but this year’s American Cancer Society fundraising has generated more than $1.6 million with still more than a month left.

Here’s just a few ways of how Delta people and customers broke the fundraising goal of $1.5 million:

So what does the money Delta people and customers donate actually do?

Henning says Delta-raised funds from 2015 alone can provide nearly 15,000 gas cards to patients needing transportation assistance; 300,000 hours of access to the National Cancer Information Center or pay for more than 4,200 items specifically used by researchers who may impact cancer diagnosis or treatment.

Delta people and customers have raised more than $6.3 million for the Society since 2006.  Donations for Delta’s 2015 fundraising campaign will be accepted through Aug. 31.