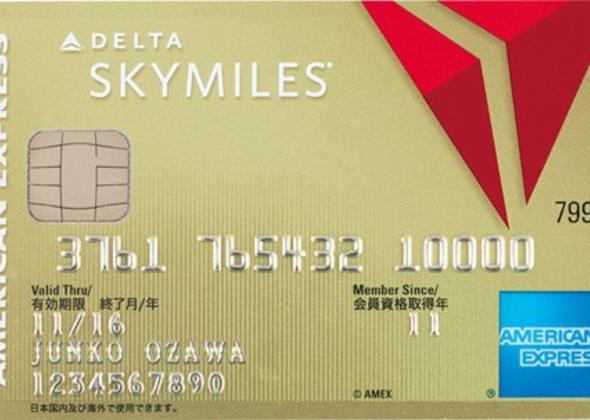 Delta Air Lines (NYSE: DAL) has taken another step in its ongoing commitment to improve the travel experience by unveiling changes to the SkyMiles program. The 2015 SkyMiles program will introduce a shift from today's current model in which customers earn redeemable mileage based on distance traveled to one based on ticket price. The program updates will be effective Jan. 1, 2015 and will also include a new mileage redemption structure that will improve Award seat availability at the lowest mileage requirement levels, offer One-Way Awards at half the price of round-trip, provide additional Miles + Cash Award options, as well as make significant improvements to delta.com and Delta reservations Award shopping tools.

Today's announcement is the latest innovation in Delta's continued effort to rethink and reshape the airline business. During the past five years it has made strategic investments in Virgin Atlantic Airways, AeroMexico and GOL; opened its new $1.4 billion Terminal 4 at New York's John F. Kennedy International Airport and the Maynard H. Jackson Jr. International Terminal in Atlanta; built a hub at New York-LaGuardia; made facility improvements at Los Angeles International Airport and Seattle-Tacoma International Airport; created Monroe Energy to provide 80 percent of its annual domestic fuel needs; transformed its fleet strategy including a significant reduction in 50-seat aircraft; and invested millions of dollars to improve the customer experience.

Customers will be able to earn between five and 11 miles per dollar* spent based on their SkyMiles status, and continue to earn up to an additional two miles per dollar* when using their Delta SkyMiles Credit Card, for a total of up to 13 miles per dollar. The updated program will better reward the customers who spend more with Delta and give them improved mileage-earning opportunities.

"The introduction of a new model for earning miles will increase rewards for those who spend more as well as differentiate the SkyMiles frequent flyer program for our premium travelers," said Jeff Robertson, Delta's vice president – SkyMiles.

The updated mileage-earning plan, for travel beginning Jan. 1, 2015, will better recognize frequent business travelers and those less frequent leisure customers who purchase premium fares. The move is consistent with a trend in the travel industry of rewarding customer behavior based on price. Customers will continue to earn additional miles for purchases with a Delta SkyMiles Credit Card+.

For travel marketed and ticketed by Delta's partner airlines, members will earn a percentage of miles flown as determined by the fare class purchased and will also earn Medallion mileage bonuses on eligible fares.

"The travel industry, including nearly all hotel and credit card programs, has already moved to a spend-based model," said Robertson. "Delta will become the first U.S. global carrier to make this transition to better reward our most loyal customers."

SkyMiles members will gain even more redemption options with the introduction of up to a five-tier structure to give them a wider variety of Awards and improve overall availability at the lowest price points. The lowest level for SkyMiles Saver Awards will remain at 25,000 miles for an Economy Class Award ticket for travel within the U.S. and Canada excluding Hawaii. All of Delta's worldwide redemption charts will be updated to reflect the new options in the last quarter of 2014 and will be effective for new Award bookings beginning Jan. 1, 2015.

In addition to offering multiple new redemption levels, the SkyMiles program will also introduce One-Way Award tickets starting as low as 12,500 miles within the U.S. and Canada excluding Hawaii and will offer customers the ability to redeem Miles + Cash to provide more Award booking options for tickets purchased at delta.com or through Delta reservations.

"We've had thousands of direct conversations with SkyMiles members over the past three years and they've told us that Award redemption is the most important attribute to any successful rewards program," Robertson said. "With improvements to delta.com, even more Awards seats at the lower price levels, One-Way Awards and Miles + Cash options, Delta will deliver an improved award redemption experience for all customers."

Customers will continue to have access to every seat on any Delta flight as an Award seat with no blackout dates. In 2013, frequent flyers redeemed more than 271 billion miles in the SkyMiles program for more than 11 million Award redemptions.

Delta and the SkyMiles Program

Delta is the only major airline that offers elite perks such as unlimited complimentary upgrades, no mileage expiration, no Award fees, a published Diamond Medallion tier and rollover Medallion Qualification Miles.

Now in its 33rd year, SkyMiles is one of the longest-running and most successful loyalty programs in the travel industry. Delta offers many ways to redeem frequent flyer miles, including airline tickets on Delta and 28 partner airlines, mileage upgrades, car rentals, hotel stays and Delta Sky Club memberships, and is the only major airline with miles that don't expire. For more information on the SkyMiles program, Medallion status and mileage-redemption options, visit delta.com/skymiles.

With billions of dollars invested since 2010, Delta continues to improve the travel experience onboard its aircraft with the recent announcement that it will add access to power on 225 of its domestic narrowbody aircraft, as well as improve technology and facilities including its new Terminal 4 at New York-JFK and the Maynard H. Jackson Jr. International Terminal in Atlanta. Additionally, customers have seen Delta's investment in its more than 50 Delta Sky Clubs throughout the system, installation of power poles in gate areas at more than 40 airports and updates to the popular Fly Delta app which has been downloaded by more than 10 million customers.

Delta Air Lines serves nearly 165 million customers each year. This year, Delta was named the 2014 Airline of the Year by Air Transport World magazine, marking the first time in a decade that a North American-based carrier has earned the distinction. With an industry-leading global network, Delta and the Delta Connection carriers offer service to 322 destinations in 59 countries on six continents. Headquartered in Atlanta, Delta employs nearly 80,000 employees worldwide and operates a mainline fleet of more than 700 aircraft. The airline is a founding member of the SkyTeam global alliance and participates in the industry's leading trans-Atlantic joint venture with Air France-KLM and Alitalia as well as a newly formed joint venture with Virgin Atlantic. Including its worldwide alliance partners, Delta offers customers more than 15,000 daily flights, with hubs in Amsterdam, Atlanta, Cincinnati, Detroit, Minneapolis-St. Paul, New York-LaGuardia, New York-JFK, Paris-Charles de Gaulle, Salt Lake City and Tokyo-Narita. Delta has invested billions of dollars in airport facilities and global products, services and technology to enhance the customer experience in the air and on the ground. Additional information is available at delta.com, Twitter @Delta, Google.com/+Delta, Facebook.com/delta and Delta's blog takingoff.delta.com.

* Ticket price eligible for mileage accrual includes base fare and carrier-imposed surcharges, but excludes government-imposed taxes and fees. Additional miles earned for purchases with a Delta SkyMiles Credit Card from American Express will be based on the total ticket price, including base fare, carrier-imposed surcharges and government-imposed taxes and fees.

This offer applies to qualifying Delta, Delta Connection carrier and Delta Shuttle flights taken with the purchase of a fare that is eligible for SkyMiles mileage credit. Offer applies to any Delta-branded purchase where Delta is the merchant of record via delta.com or in flight such as upgrades, miles, seat selection, Sky Club membership or passes, pre-purchased meals, food, beverages and in-flight entertainment. Offer applies to Delta Vacations packages but not other all-inclusive packages. The chart reproduced here is not valid for Delta SkyMiles Options Credit Card Members who only earn a maximum of one additional mile per dollar spent on Delta purchases with their Card. The additional miles offer is subject to change without notice. Bonus miles will be posted to your Delta SkyMiles account 8 to 12 weeks after the end of each month. 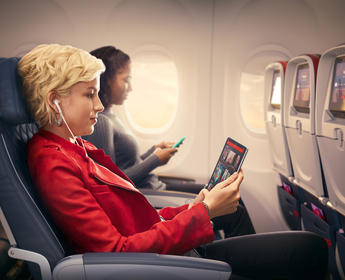 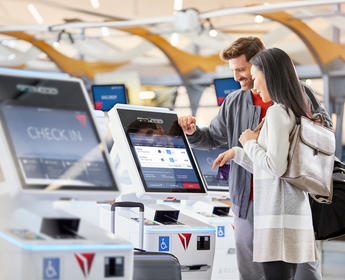 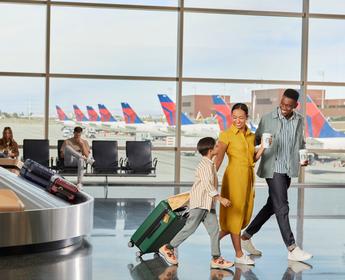 Article  |  SkyMiles
Sip your way to more coffee ... or your next big trip: Delta Air Lines and Starbucks launch loyalty partnership
Oct 12, 2022 8:00am