Otis Bray served America as a mechanic in the Korean War. Afterwards, he plied much the same trade for more than 41 years at Delta. 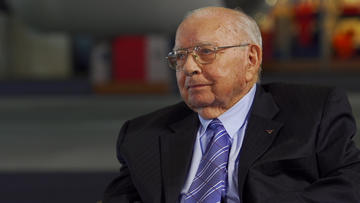 Chick Smith flew 238 combat missions during the Vietnam War. In 1973, he joined Delta and kept flying for three decades.

Daniel Christopher joined the Army after 9/11, serving in both Afghanistan and Iraq. After his service, he also found a home at Delta.

The three heeded the call to duty at different times in American history, but they share common bonds: love of country and love of their careers with Delta Air Lines.

Today, America honors its veterans and the sacrifices they have made to preserve its freedom. Delta News Hub asked three of the airline’s veterans from different generations to share reflections from their military careers and their post-war lives. This video captures their recent conversation at the Delta Flight Museum in Atlanta.

Bray, 86 (right top), served in the Air Force during the Korean War, working his way up from mechanic to hangar chief.

“We were only 14 miles from the main line of resistance,” he said. “The experience was hectic, it was stressful, but it was very valuable… I was proud to be a part of it.” 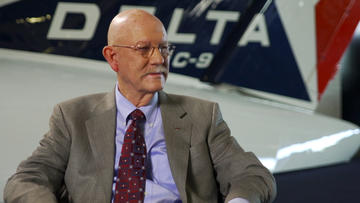 Smith (left), an Air Force pilot in Vietnam, describes his combat missions with flourish. “We had five squadrons of F-100’s at Tuy Hoa, where I was based. Our planes would average two to three hops a day. We flew ‘em hard and put ‘em away wet sometimes. It was some of the best years of my life.”

The 71-year-old went from the military to Delta and his flying career finally ended 30 years later.

“It was a fantastic career. The guys I flew with were the greatest guys in the world,” he said.

His love of flying didn’t keep him out of the cockpit for long. Smith is now one of the Delta Flight Museum’s flight simulator operators, taking aspiring aviators on a ride so real, you think you’re in the air. 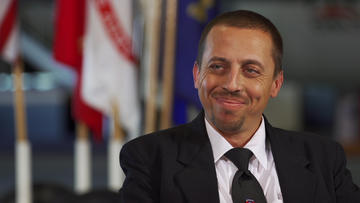 Daniel Christopher, 33, said the 9/11 attacks inspired him to join the Army in 2004. He graduated from Army Ranger and Army Airborne schools before serving one tour in Afghanistan and one tour in Iraq with the 82nd Airborne.

“Being able to serve in both theaters of war from my generation was a real honor. It gave me a lot of insight into life… and death, unfortunately,” he said.

Last year, Christopher (right) joined Delta and now works as a Ground Maintenance Technician, a job he says he’s proud of. “Delta’s been a wonderful company. I can’t imagine being anywhere else.”

Working for Delta was a natural progression of military careers for the three. And the military well prepared them to successfully deal with the airline’s challenges.

“There is no substitute for the focus, the discipline that’s ingrained in you in the military from the first day. Most everybody carries it with them when they leave,” Bray said. “And it makes a difference.”

For all of Delta's Veterans Day coverage, click here. 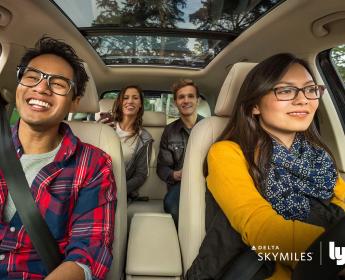 Article  |  Giving
Delta partners with Lyft to support vaccine access by funding rides for those in need
Mar 24, 2021 3:00pm