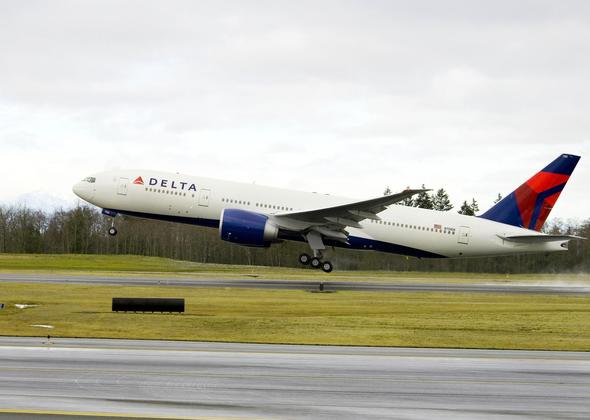 Hours after releasing details of the company’s record 3Q earnings, Delta leaders walked investors, analysts and reporters through the results on their regular conference call. Along the way they divulged a few more nuggets of previously undisclosed news.

Delta could be shopping for aircraft. CEO Richard Anderson said prices of widebody aircraft are falling - there is a "bubble," he said - and that could create opportunity for Delta. When asked specifically if the airline is planning to purchase Boeing 777 aircraft said to be on the market, Anderson said there is no deal in place. In fact, he thinks prices will continue to fall.

“We do think the aircraft market is going to be ripe for Delta and … the bubble will spread to narrowbodies and there will be some huge buying opportunity,” he said. “There aren’t many people in the world who can take a dozen 777s.”

By taking ownership of the slots, Delta will enhance its ability to provide long-term continuity and stability on the route network operated from London-Heathrow with joint venture partner Virgin Atlantic Airways, company officials said. Delta and Virgin jointly operate 26 nonstop flights between Heathrow and the U.S. today, providing choice for customers in one of the world’s most important travel markets.

Expanded agreement expected with GOL. Delta expects the U.S. and Brazil to reach an “Open Skies” aviation deal that removes restrictions on flights between the countries in the next year, Bastian said.

"Open Skies" would allow Delta and its airline partner GOL Linhas Aereas Inteligentes SA to apply for immunity from antitrust law, Bastian said, and thereby coordinate the prices and timing of their U.S.- Brazil flights. Delta expanded its alliance with GOL under a $446 million stock and loan agreement in July. Delta owns nearly 10 percent of GOL.