A321 inspection: Top to bottom, nose to tail, winglet to winglet 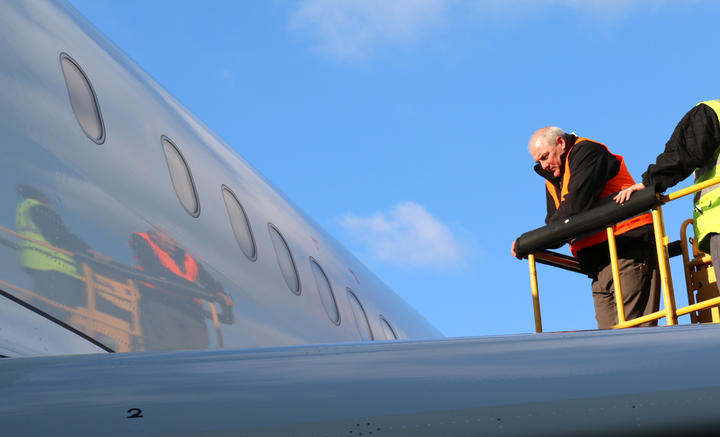 HAMBURG, Germany - Taking delivery of Delta’s first A321 has been years in the making. When Delta announced its plan to purchase 30 of the large narrowbody jets in 2013 - later upped to 45 - it launched an intense effort across the airline.

But before a single Delta customer steps onto the airline’s newest jet, it still needed to pass the Shea test.

Meet Brian Shea, an unassuming 6’1” marathon runner and 21-year Delta veteran with a keen eye for detail and intense vigilance for Delta’s aircraft delivery interests—he’s just the guy you want making sure no panel is left unopened, no seat is left untested and no system left unchecked. 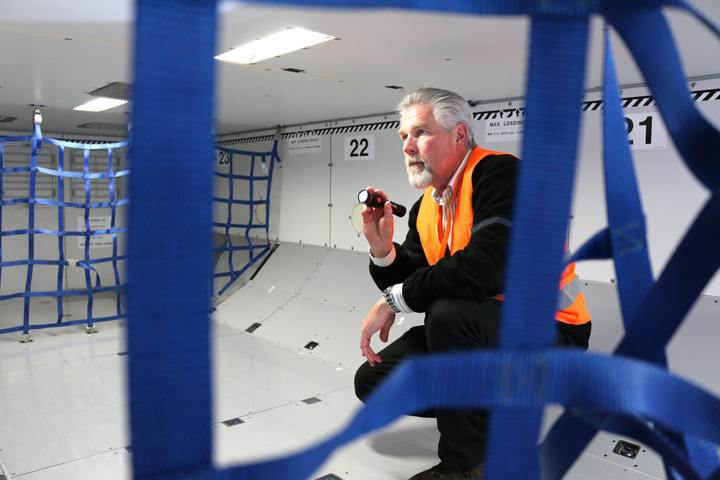 “These are multi-million dollar assets that will fly millions of customers millions of miles over their 30-year life with Delta,” Shea, General Manager – Fleet Management, said as he tested the recline of seat 17C. “We won’t accept anything less than perfect.” He moved to the next row back, pulling out every tray table, testing adjustable headrests, opening and closing window shades and overhead bins and ensuring the in-seat entertainment system was performing as it should.

But Shea isn’t a team of one; he’s joined by nine other experts in their respective field. Combined, they have more than 250 years of Delta experience under their belts.

Donning orange high visibility vests and armed with equally vibrant orange tape, the team walked every inch of the cabin marking minor production flaws—a window shade stuck in the open position and a seat with a stiff recline, for example.

Outside, Dan Treffert, maintenance technician; Rick Angell, a quality assurance maven and Doug Selby, a 40-year lead technician in Minneapolis, are lifted high into the air on cherry pickers from which they pore over every movable and aerodynamic surface, inspect thousands of rivets, bolts and other connections from nose to tail, wingtip to wingtip. Back on the ground, they climbed into the landing gear wheel well and avionics bay as well. 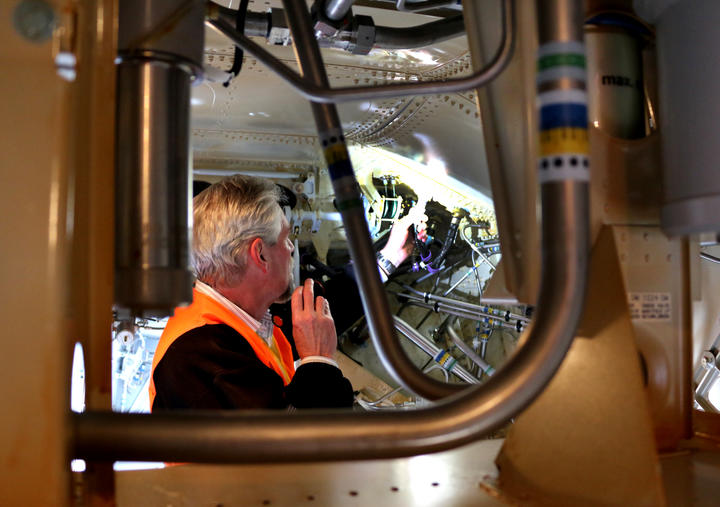 Selby, a Chairman’s Club Honoree—Delta’s highest designation, is no stranger to aircraft deliveries. He helped inspect and deliver the first narrowbody Airbus aircraft that arrived at Northwest Airlines in the late 1980s and has been doing it on and off ever since.

For him, making sure this plane is in perfect working order is a labor of love. “I’ve worked alongside a team of the most talented technicians in the business to maintain our aircraft and it’s exciting to know this plane will be flying our customers well after I’ve retired.”

(Though that retirement may be a ways off: “When I stop enjoying coming to work, that’s when I’ll stop doing what I’m doing; but after more than 40 years, I still love it,” he said.)

While lavatories, galleys and seats are inspected in the cabin, Delta’s Airbus A321 fleet captains Dave Vorgias and Pat Haake were busy in the flight deck running checks on every aircraft system. From testing something as routine the seatbelt sign light, to more the complicated hydraulic and flight systems tests, they left the cockpit confident to fly the jet on its first customer test flight Monday. 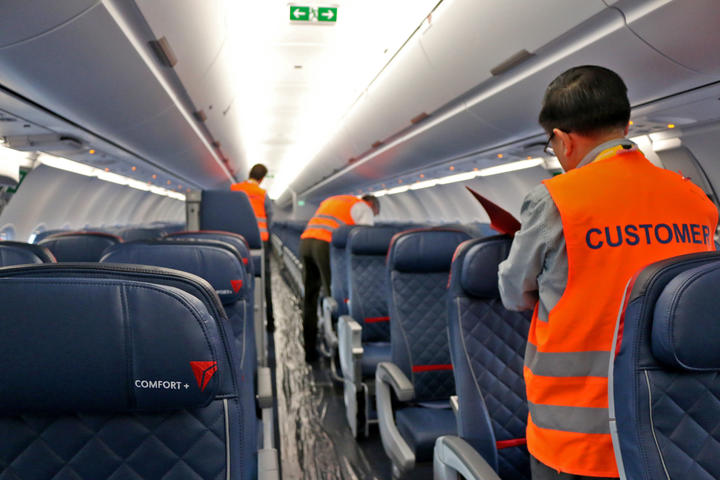 By the end the 12-hour day, the team had found no show-stopping issues with the aircraft, and Airbus technicians went to work to resolve those interior and exterior elements that were flagged with orange tape.

“It’s an excellent aircraft,” Shea said. “And we’re excited to get it into service.”

Up Next: The Delivery Team will board the 146-foot long, twin-engine jet with Delta pilots at the controls. With the rigorous Shea Test largely complete, it’s time to put the A321 to the captain’s test—two military-trained aviators whose dogfighting and flight test experience will put the aircraft through its paces.