A321 jets off on first customer flight 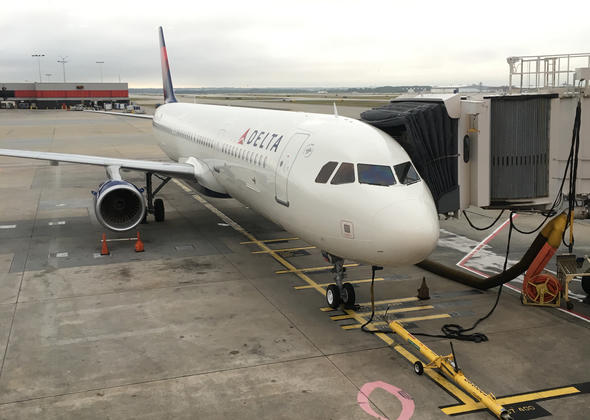 An elite squad of customers—dubbed the #FirstFlyersClub—helped Delta usher in the arrival of its newest jet to the fleet Tuesday as the Airbus A321 took to the skies for the first revenue flight from Atlanta to Orlando, Fla.

Several hundred of the lucky, high-flying customers, most unaware they’d be participating in the inaugural festivities, found a gate area on Atlanta’s T Concourse busting with excitement and full of Airport Customer Service agents, pilots and flight attendants who helped board the aircraft and initiate customers into the exclusive club.

“I’ve been on Airbus aircraft before and they’re really nice airplanes,” said Delta customer and six-million miler, Paul Troup. “When you live in Atlanta and you’ve flown six million miles, that really tells you that you have a preferred airline. Delta has a great mix of customer service, quality and they’ve never let me down; that’s pretty important.”

Customers took to social media announcing their “luck” and excitement to be a part of the event. Throughout the day, in gatehouses in Atlanta and Orlando, customers were treated to celebratory snacks, beverages and a red carpet-like photo opportunity prior to stepping on board the brand new aircraft. On board, flight attendants passed out a special gift complete with #FirstFlyersClub membership, a branded pen, metal bag tag and chocolate.

Wheels are down on the inaugural @Delta #A321. As a passenger, I really like this plane, look forward to many more A321 flights! #DeltA321st

Time to taxi in! Great shots of the first ever @Delta A321. Welcome to MCO! #FlyMCO pic.twitter.com/YczKO76hqE

Delta’s President Glen Hauenstein was also along for the ride.

Ship 3002, which carried customers on the inaugural flights Tuesday, did two roundtrip turns between ATL and MCO before setting down in Orlando for the night. Its sister ship, 3001, is expected to enter service Thursday on the same route.

Delta took delivery of the first A321 in March and as recently as last Friday, April 29, announced an order for 37 more of the large narrowbody jets, bringing the total fleet size to 82.