A celebration campaign thanking employees for a record-breaking summer operation and telling customers of some of the feats Delta people achieved launched Sunday in a U.S. publication push.

The ad, designed by Delta's Marketing Communications, showcases Delta employees under the headline “The people who drive the on-time machine” and touts the airline’s record-setting number of passengers flown in one day and June’s U.S. Department of Transportation on-time and completion factor performance. 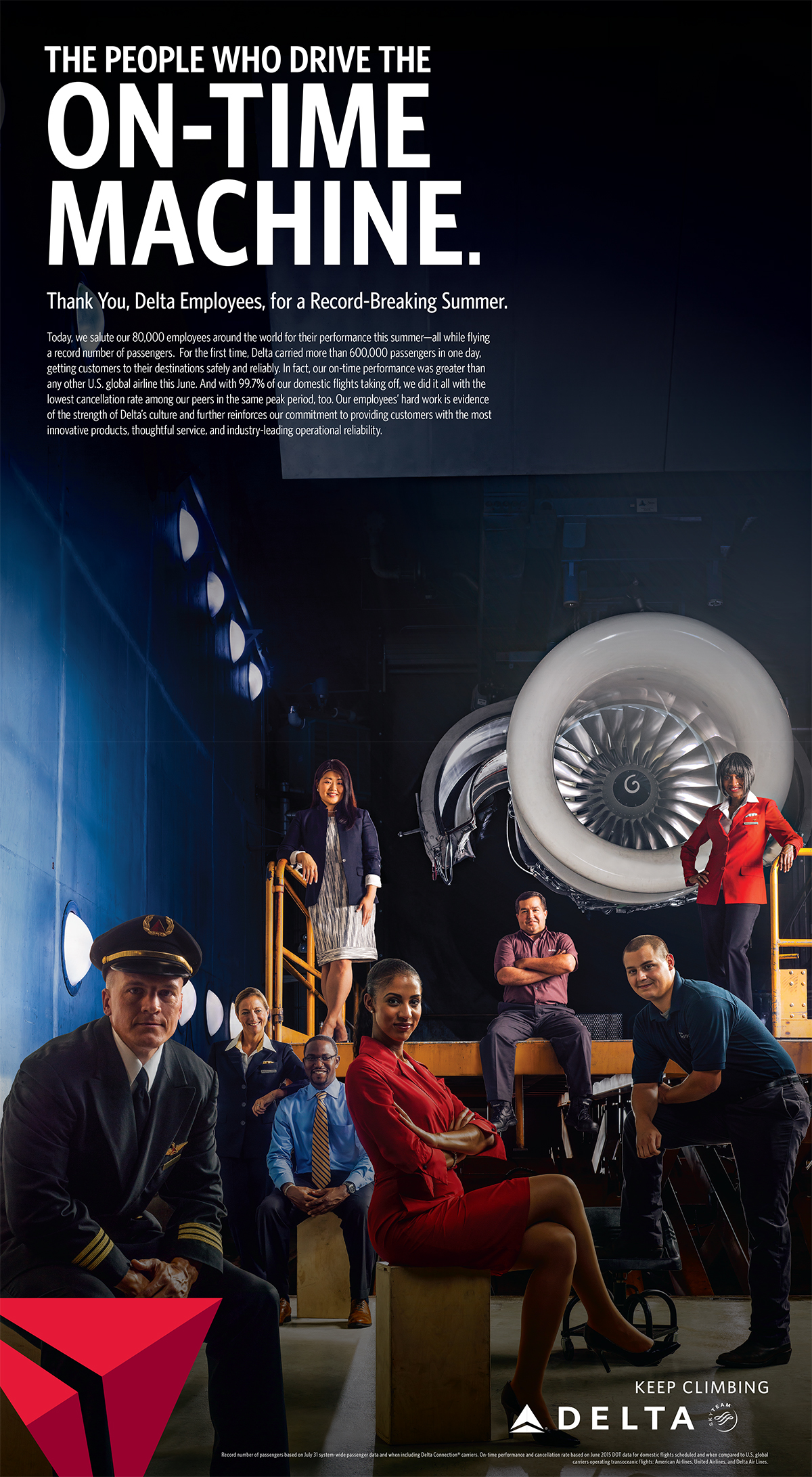 “Today, we salute our 80,000 employees around the world for their performance this summer – all while flying a record number of passengers,” the ad reads. “Our employees’ hard work is evidence of the strength of Delta’s culture and further reinforces our commitment to providing customers with the most innovative products, thoughtful service and industry-leading operational reliability.”

Plans for the campaign include placement in the Sunday New York Times on Aug. 23 and a bevy of placements will run, including USA Today and The Wall Street Journal; digital billboard takeovers in Atlanta, Los Angeles and Seattle; a Delta.com homepage takeover; posts in Delta’s customer-facing social media channels; and lamp post banners at Delta's Atlanta General Offices starting on Aug. 24.

A recap of the record-setting performance:

139.2 hours: Longest streak of consecutive hours without a cancellation during a summer schedule, which ran from the evening of June 25 through the afternoon of July 1. That shattered the previous record of 80.3 hours set in June 2014.

3,202 flights: The record number of mainline Delta departures made in a single day, which was set at the end of the grueling schedule: on Aug. 17.

614,159: Number of passengers enplaned in a single day across the system, including Delta Connection flights, set on July 31.

99.97 percent: Record maintenance completion factor. Put another way, only 0.03 percent of mainline scheduled operations this summer occurred due to a maintenance reason. Previous high of 99.96 percent was set in 2014.

45 days: Record number of days this summer without any maintenance cancelations. Previous record was 26 in 2014.