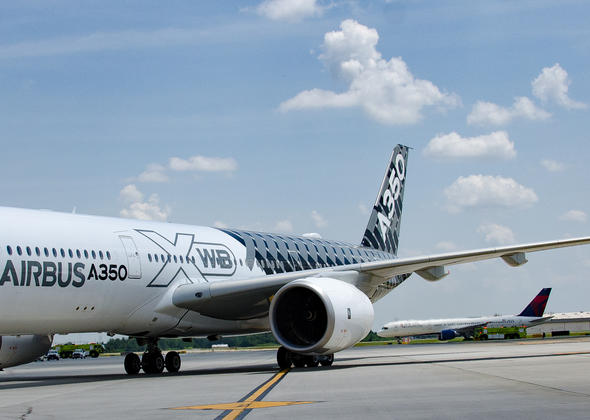 Delta recently ordered 25 of the fuel-efficient Airbus A350s, as well as another 25 Airbus A330-900neo jets, to replace some older Boeing aircraft. The Airbus A350s will join the Delta fleet in 2017.

Airbus brought an A350 to visit Delta’s hub and headquarters at Hartsfield-Jackson Atlanta International Airport this week.

“It’s a nice, nice airplane,” said Robert DePietro, Aviation Maintenance Technician, after completing the tour. “I really like the full LED lighting for passenger comfort and the Rolls Royce engine, which in my opinion is the Cadillac of all engines.” 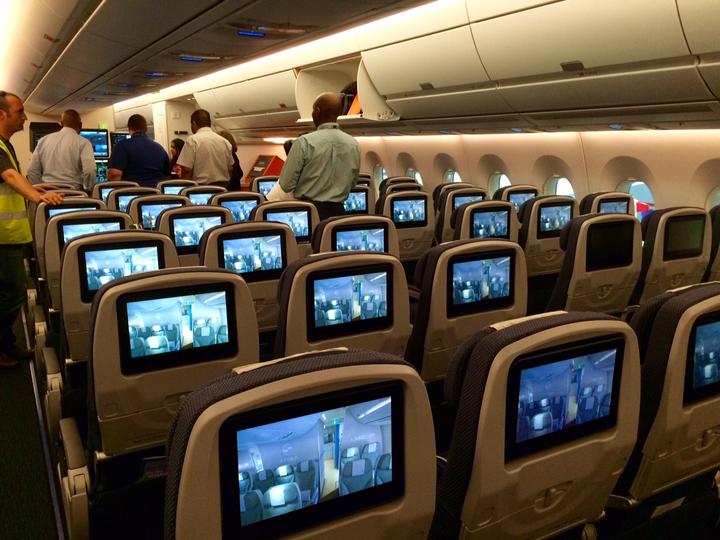 Renowned for its capabilities, efficiency and comfort, the aircraft is outfitted with two Rolls Royce Trent XWB engines, which deliver a 20 percent improvement in operating costs per seat.

Other notable features include wings that change their shape for maximum aerodynamic efficiency throughout the flight - reducing drag - more passenger space at shoulder level, overhead storage for more than one roller-bag per passenger and a fully flat cabin floor to provide extra legroom.

“I liked the width of the entry when boarding the Airbus,” said Ivelisse Sanchez, Executive Assistant—Reservation Sales and Customer Care. “And I also like the extra room in the overhead bins and the board divider between the seats for added privacy, especially while sleeping.” 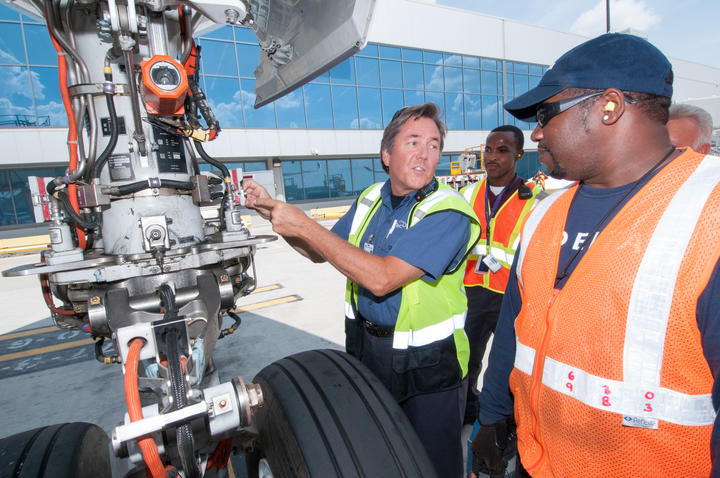 “The most striking observation for me was the expanse of the aircraft cabin, as I entered from the AFT galley into the main cabin,” said Dale Grimes, Flight Attendant. “The integration of the centerline and sidewall stowage bins accentuated the cathedral style or vaulted ceiling in the aisle, giving a new sense of roominess not found on older generation widebody aircraft.  The recessed LED lighting cove with numerous lighting themes further expanded the sense of space, height and intimacy.”

Airbus brought the aircraft to Atlanta as part of its Americas tour, including stops in a number of cities to provide airlines and airport operations teams an opportunity to get familiar with the plane. Delta’s A350 Entry Into Service teams, made up of subject matter experts from each operational division, spent several hours with the jet to ensure its entry into service is a smooth one.

Reporters toured the aircraft Tuesday and employees, Wednesday. For a closer look, here's a photo gallery.

Delta will start taking delivery of the A350-900s in the second quarter of 2017 and will fly them primarily on long-haul trans-Pacific routes. Airbus has sold 800 of the airplanes to almost 40 different customers.