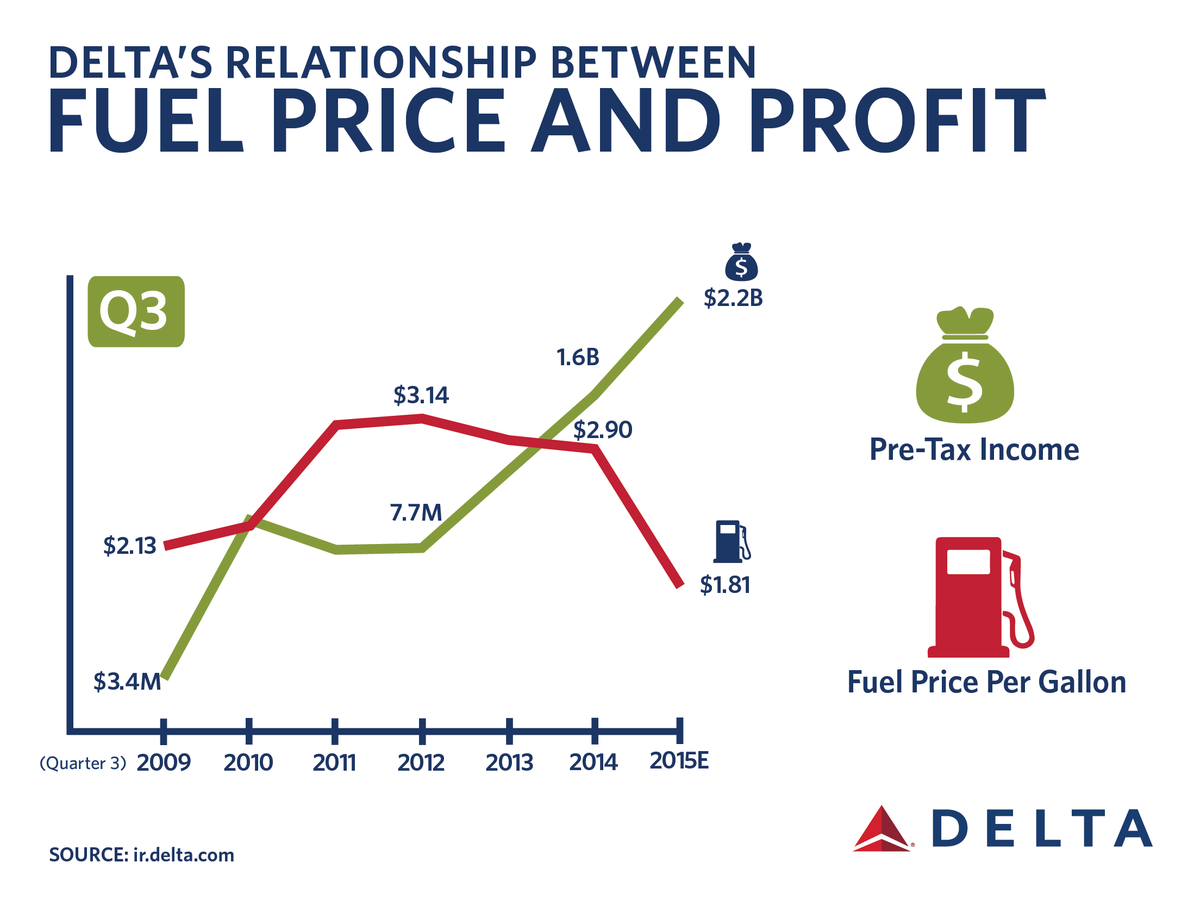 Beginning this week, the rest of the airline industry reports financial results for the third quarter. The industry is expected to do well overall, with healthy profits estimated, following Delta’s record-setting quarterly results that were announced last week.

A major focus will be on the impact of lower fuel prices, which has saved the industry billions of dollars so far in 2015. At Delta, the price of jet fuel has had a direct impact on profits since 2009, as illustrated by the infographic above.

Hawaiian Airlines will report its results Wednesday, followed by United, Southwest, Alaska and Allegiant on Thursday, and American on Friday. JetBlue and Spirit will post their earnings the following week.