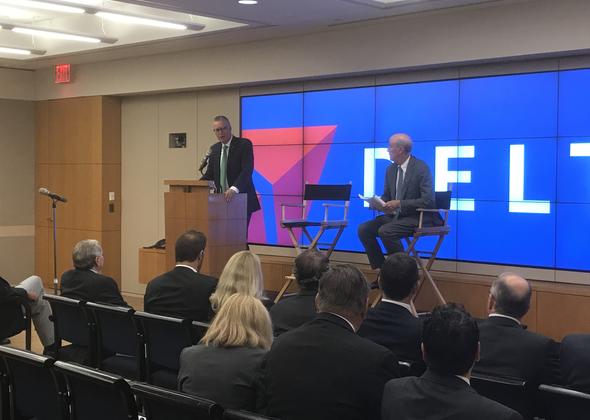 NEW YORK - Delta held its annual meeting of shareholders today, and Delta’s nonexecutive Chairman of the Board Frank Blake announced the results of four shareholder votes:

•         Approval of the election of 11 members to the Board of Directors (two board members have retired);

•         Approval of an advisory vote on executive compensation, known as “Say on Pay”;

Additionally, the Rev. Jesse Jackson, founder and president of Rainbow PUSH, was in attendance and encouraged Delta to continue the progress it has made for diversity and inclusion across all parts of the company, noting that Delta is ahead of its peers in many respects.

CEO Ed Bastian thanked the Rev. Jackson for his comments and committed to Delta’s continued partnership and dialogue.