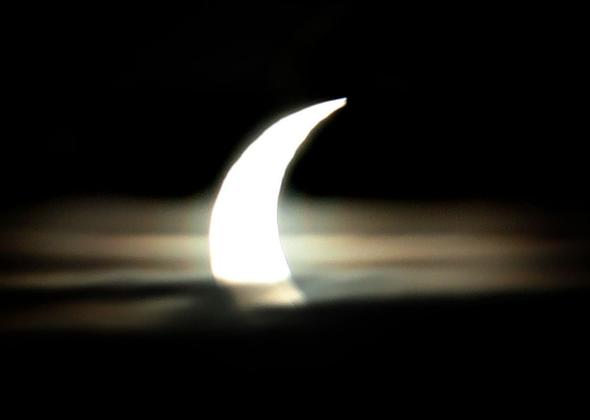 Download
Eclipse-lovers gathered early Thursday morning to climb aboard one of Delta’s aircraft to view the annular eclipse.
DELTA NEWS ON THE GO. Subscribe and follow.

A few dozen lucky eclipse-lovers gathered at the Minneapolis–St. Paul International Airport (MSP) early Thursday morning to climb aboard one of Delta’s A319-100 aircraft, sponsored by Sky & Telescope, to view the annular eclipse just after sunrise over southern Canada.

The 3:15 a.m. flight departed on schedule and headed northeast along a carefully predetermined route calculated by astronomer Glenn Schneider, who has chased solar eclipses around the world since the early 1970s and been in the path of totality 33 times.

Just after sunrise, Delta Line Check Pilot Art Smith slightly tilted the starboard wing down so that passengers on the right side of the aircraft could witness the breathtaking annular eclipse in its entirety. No passengers were located on the left side, ensuring that all aboard had the opportunity to see the annular eclipse’s trademark “ring of fire.”

An annular eclipse occurs when the Moon is near its farthest point from Earth, causing it to appear much smaller than the Sun as it moves between the Sun and Earth. An outer ring of the Sun remains visible outside the Moon’s shadow, a sight commonly referred to as the “ring of fire.”

The viewing lasted just over four minutes before the plane began its return to MSP.

“In order to keep the winglet below the horizon and maintain the desired track, it was determined we needed to fly the aircraft with the autopilot off – thus making it a little more challenging,” Smith explained. “We ran the profile in the simulator to ensure we had enough rudder authority at 39,000 feet. Once in flight, it worked just as we found in the simulator.”

“It was truly awesome, almost spiritual, to view the eclipse at its full annularity,” Smith continued. “It really was a ‘ring of fire’ and one of the most incredible sights I’ve been fortunate to see.”

Delta teams went above and beyond to coordinate the special flight, with many MSP-based employees from ACS, TechOps, In-Flight and more working to ensure the flight was carried out smoothly.

“I was fortunate to be a part of this awesome experience,” said Jeff Hart, General Manager – ACS at MSP. “Due to the complexities of this flight, the MSP team has been engaged in its planning for roughly a month to ensure all went well. The feedback from everyone onboard was over the top. Every customer I spoke with raved about the experience of the eclipse itself as well as how flawlessly it was executed by the Delta team.”

Sky & Telescope provided passengers on board the aircraft with safe, approved eclipse-viewing glasses. Passengers were required to present proof of COVID-19 vaccination before May 27 or to provide a negative PCR test result taken within 72 hours of departure from their home.