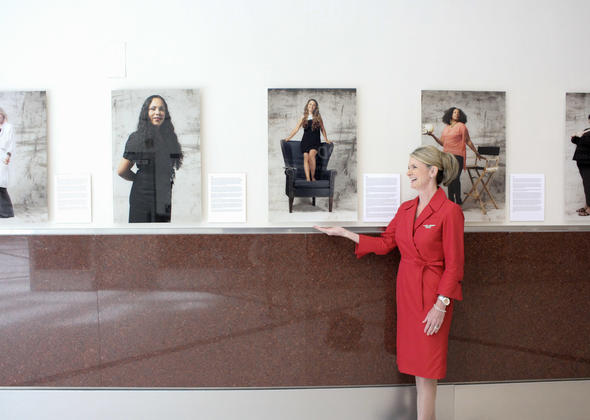 The faces of 11 women who were once victims of human trafficking now line the wall of a busy area of the world’s most-traveled airport. The exhibit, installed last week at Hartsfield-Jackson Atlanta International Airport, features elegant, personable photos of women who were previously trafficked - sold for sexual exploitation.

Delta, Hartsfield-Jackson and Rotary International partnered on the “More Than a Survivor” exhibit, which portrays the women not as victims, but as scholars, scientists, chefs, and business women – roles they now hold or aspire to. 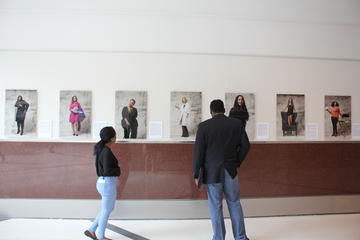 “This is the next pin on the map to say to survivors: we see you, we are with you and we are fighting for you,” Stephanie Asbury, Vice President - Global Talent Management, Diversity and Engagement, said at a press event at the airport Friday.

Delta and its partners installed the exhibit as part of the airline’s wide-ranging commitment to ending human trafficking. The exhibit showcases survivors of trafficking with dignity, calls customers to action and serves as a message to traffickers that Delta is fighting back.

A projected 21 million people are trapped in human trafficking, and every 10 minutes one woman or child is trafficked across the U.S., while others are trafficked internationally. Because Atlanta is one of the largest hubs of trafficking in the U.S., and Hartsfield-Jackson – Delta’s biggest hub – serves 100 million passengers, the airline is taking action.

The exhibit’s photographs, created by photographer J Shotti for Girls Educational and Mentoring Services, reverse the often perpetuated narrative that a survivor of human trafficking is limited by his or her past. As a group, survivors are often seen one-dimensionally. The photographs tell the story that they are much more than that.

“By telling the story of hope, we can put an end to this,” said Dave McCleary, Director of the Rotarian Action Group Against Child Slavery for the Americas.

Alongside the photos hang stories written from the survivors’ point of view. The photographs invite the public to read a narrative about the journeys of these women. A reader will then be surprised to learn the women are all survivors of human trafficking.

The exhibit hangs along the atrium and the arrivals lobby near a banner that informs Delta customers of efforts they can take to #GetOnBoard to end human trafficking. Through a partnership with anti-human trafficking organization Polaris, customers can donate SkyMiles through the SkyWish program to allow for victims to receive critical care, reunite with their families or, for survivors who have reclaimed their lives, engage in leadership opportunities. Delta is matching the first 3 million miles donated.

In 2011, Delta was the first and only airline to sign the End Child Prostitution, Pornography and Trafficking (ECPAT) Code of Conduct. Over 54,000 Delta employees have also been trained to detect signs of human trafficking then report indicators they spot in flight or at home. 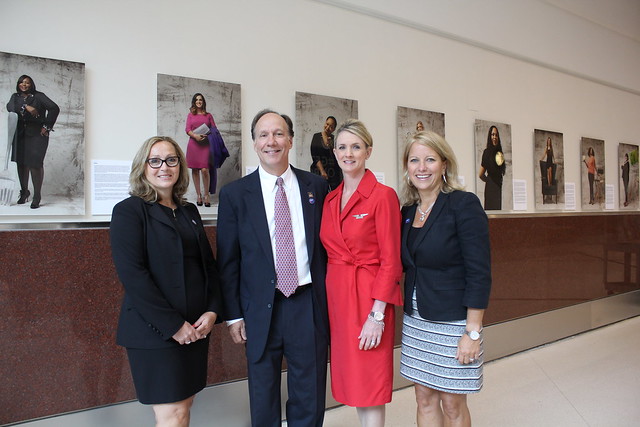