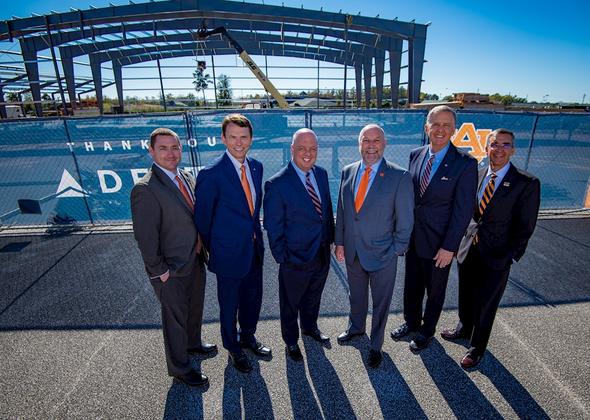 The contribution will allow more than 300 students each year to study aviation and professional flight management at the university in a state-of-the-art facility, dubbed the Delta Air Lines Aviation Education Building. The grant will also help endow professorships, a monthly speaker series and build a flight simulator, ensuring Auburn students have the educational resources they need to become the next leaders in aviation.

Part as of the grant,  $2 million will go to Auburn University's Harbert College of Business for the creation of the Delta Air Lines Aviation Sensor ID Bay, which will provide space, resources and personnel so that students can research and further develop RFID technology to enhance the air travel experience. 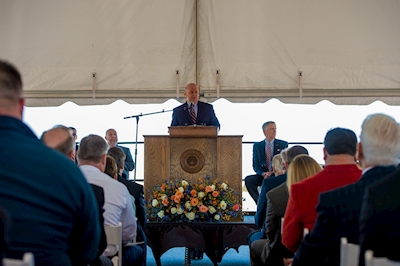 During an event Friday at the Auburn University Regional Airport, Paul Jacobson, Executive Vice President & Chief Financial Officer and a trustee of The Delta Air Lines Foundation said, "As a graduate of the Auburn Aviation Management Program, I am excited about this partnership. With the shared commitment to serving others and passion for aviation, I know we will accomplish great things together. Advancing education for tomorrow's leaders is a vital part of that effort, and we are excited to celebrate this new chapter today."

A personal victory for Auburn alums and Delta employees

This partnership is personal for the hundreds of Delta employees who are alums of Auburn University. Nearly 20 years ago, Auburn's Aviation Program was in jeopardy of closing its doors.

Todd Richards comes from a long line of family members connected to aviation, including pilots, flight attendants and aircraft mechanics. He has always had a passion for aviation and decided to attend Auburn in Aviation Management after high school in 1993, after learning about the university from his stepfather who also graduated in aviation management at Auburn in the 1970's.

Now a General Manager for Delta's Global Distribution team and an Auburn alum, Richards remembers how the students worked to save the program. Thinking back to that time, Richards said, "Auburn Aviation Management evolution is especially meaningful to me, as my wife and I have witnessed Auburn’s program nearly become extinct twice now.”

As a reminder of that moment and the importance of aviation education, at Richards' desk he proudly displays the old Auburn newspaper from the year he graduated, alongside a picture of him and his wife holding an "Auburn Aviation #1" sign during the Auburn/Tennessee football game that year. 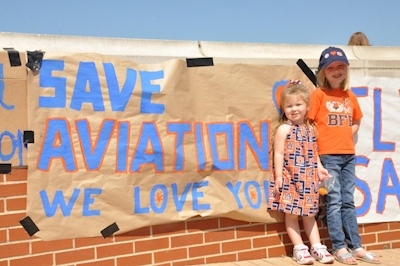 Richards added, "The students advocated to keep the program and, luckily, the College of Business picked it up. With this commitment from Delta, my hope is that students are able to obtain their dreams to become successful pilots or aviation management professionals by attending a best-in-class university with strong ties to Delta. Knowing that Delta has helped create a solid foundation for the new Department of Aviation will ensure a bright future for many students for generations to come."

Enhancing education is a top priority for Delta and one of our key community engagement pillars.