Bellbottoms are out, but Delta's still in after 40 years in the U.K. 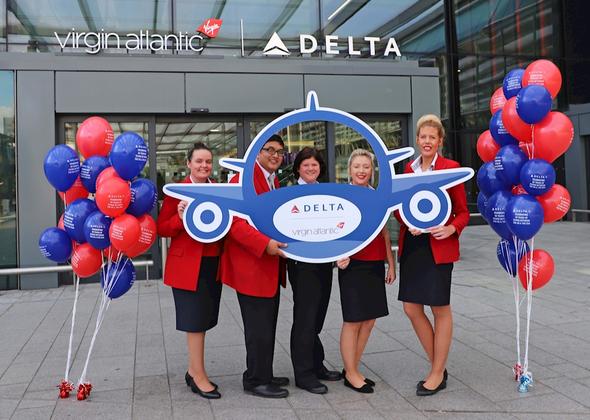 LONDON - Boney M were topping the charts, "Grease" was on the verge of becoming the movie of the summer and Delta was operating its maiden flight to the U.K. But while the dastardly J.R Ewing is no longer on our TVs and perms and bell bottoms fell out of fashion, 40 years on Delta is stronger than ever in the U.K.

On May 1, 1978, Delta flew from London-Gatwick to New Orleans via Atlanta using a Lockheed L-1011 TriStar aircraft. Fast-forward to 2018, and Delta flies its popular A330 with upgraded interiors from London-Heathrow to Atlanta, New York-JFK and Detroit. The airline also serves four other U.S. cities nonstop from Heathrow, as well as Edinburgh and Glasgow from JFK. But what's really striking is the on-board experience. Who could have predicted that Wi-Fi would now be standard and that customers could keep in touch with friends and family on the ground – for free – using Delta's in-flight messaging service?

To celebrate the milestone, Delta is offering upgrades and lounge access to the 40th customer checking in for select flights to the United States at Heathrow Terminal 3 today. Delta's partner, Virgin Atlantic, is also marking the occasion. Customers using the Virgin Atlantic Clubhouse at Heathrow this month can enjoy a taste of America before they fly courtesy of a special Southern-fried chicken burger.

"We've consistently grown our network and invested heavily in our customer experience in the U.K. over the past 12 months with new menus, movies and messaging. And in recent years, thanks to our exciting partnership with Virgin Atlantic, our customers have a first-class airport experience at Heathrow too," said Corneel Koster, Delta's Senior Vice President - Europe, Middle East, Africa and India. "What better way to celebrate our ruby anniversary than with our customers at the busiest U.K. airport, Heathrow?"

This article has been updated to correct the date of the initial flight.