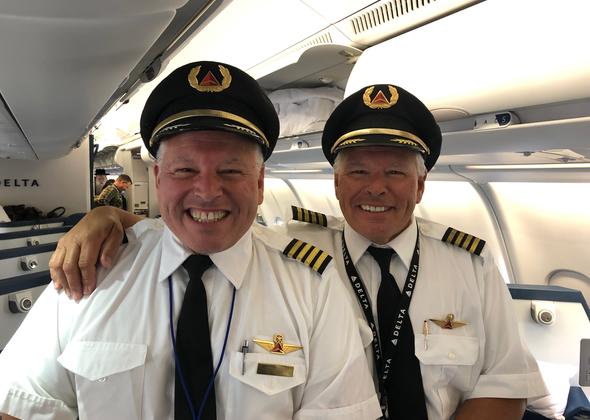 If you peeked into the cockpit of Delta Flight 466 from New York's JFK airport to Tel Aviv, you may have thought you were seeing double.

John and Tony Vivinetto, identical twins and New York-based Airbus A330 captains, were just as surprised as the rest of their crew that it took nearly three decades for the pair to fly a jet together. 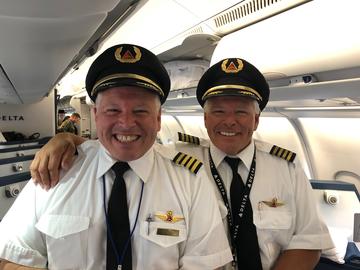 "During the pre-flight crew briefing, everyone had some funny looks on their faces," said John. "It's something we've been dealing with our whole lives."

Renata and Roxanna Reid know the feeling. Each works in a different Delta Sky Club at JFK.

"Sometimes people walk in not paying much attention, but it's usually when they go from one club to the other that they give us an odd look," said Roxanna. "We know they're wondering how we got there so fast."

The Reid sisters have stuck together throughout their lives— even getting hired by Delta on the same day–which could prompt questions in an industry where seniority is currency when flying standby and bidding for shifts. "I'm senior to her because I'm five minutes older," quipped Renata.

"We had never sought out to work together, it just happened that way and it's been really great," said Andrea.

Hired just six months apart, they worked on the same team, assisting customers over the phone. "I worked in the daytime, she was on overnight. Needless to say, people were always confused," said Undrea. 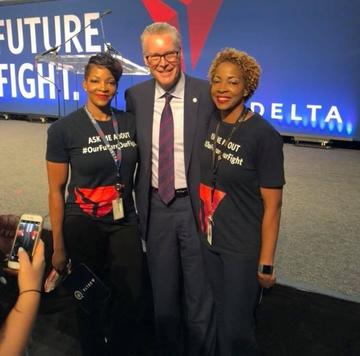 Fascinated by aviation from a young age, John and Tony Vivinetto used to bike 6 miles to Teterboro airport in New Jersey to watch planes. The two flew small airplanes for a time, then each got their break flying for Provincetown-Boston Airlines before joining with Northwest.

Now at Delta, the two have more than 54,000 hours of combined flight time and had yet to pilot a metal bird together until this spring.

"We knew we needed to make this happen before it was too late," said Tony. "Over the years we were always close in seniority as we bid to move up on different aircraft types as first officer and then captain. It never seemed to work out until now."

"Our job is to get everyone from point A to point B as safely as possible–that's always our focus," said John. "But in this case, I think my landing was better–though Tony will probably say his was better."

"He won that one," Tony said in a joint interview. "The weather was perfect when he landed, but it was still a good landing."

For Renata and Roxanna, they say they never had much of a sibling rivalry growing up until they applied at Delta at the same time - and only one got a call back.

"They technically called Roxanna first, so I called to ask why, but it worked out when they quickly told us that we could actually come in at the same time," said Renata.

They were hired together on the spot for what was then known as Delta's Crown Room -  now Delta Sky Club - and First Class check in. "We've been here ever since," said Roxanna. "It's been a blessing." 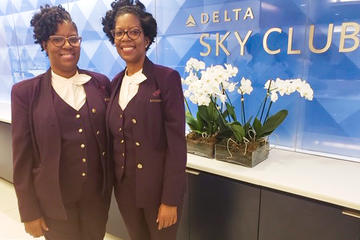 During their 25 years at Delta, they've bonded with customers, made lasting connections and counted on one another for support.

"She has different strengths than I do and we complement each other," said Renata. "We can count on each other for certain things and help each other get through anything–from day-to-day operational issues and beyond."

Family is what led Undrea and Andrea to Delta. Following in their mother's footsteps, they applied together and truly feel they've grown up within the airline.

"It's been such a great place to have a career," said Undrea. "Even with us being in different teams within Reservations, it's helped us keep up with other parts of the business over the years."

"We're such a spectacle and people get really excited when they see us together," said Andrea.

When people take the time to notice when checking into the Delta Sky Club, Renata and Roxanna have become familiar with 'that look.'

"It's funny to see when people put two and two together, figuring it out as they come in," said Renata.

They even help customers connect the dots by recognizing the other's handwriting on customer's boarding passes. "I'll say, oh you met my sister," said Roxanna. "They'll respond like, 'I knew it!'"

John and Tony hope they'll be able to pilot another flight together before they both retire in May 2022.

"It's been a lifelong pleasure to not only have him with me in the same industry, but at the same airline. We went through the good and the bad together and it's been wonderful to have each other," Tony said.

Andrea Nabors and Undrea Mathis, in a candid photo with CEO Ed Bastian 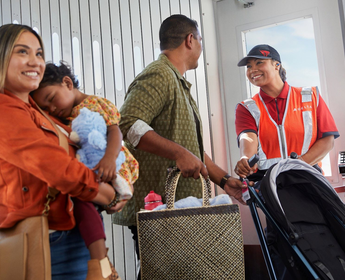