Blimey, That’s A Lot Of Miles: Delta SkyMiles Promotions Offer Up To 45,000 Miles With Just One Trip

SkyMiles members who purchase and fly round-trip in Delta's BusinessElite® cabin from New York-JFK to London Gatwick between March 1 and May 31, 2007, will earn 45,000 bonus miles – good for a domestic First Class Award ticket.  Customers who purchase a full-fare Economy ticket will receive 25,000 bonus miles, the equivalent of a domestic Economy Award ticket.  Plus, members who book JFK to London Gatwick flights, which expand to twice daily service beginning April 1, with an American Express Credit Card will earn an additional 2,500 bonus miles.  Participants must register online at delta.com/londonbonus between Feb. 15 and May 15, 2007.

In addition, Delta is celebrating its expanded service from Chicago’s Midway Airport by rewarding SkyMiles members with bonus miles when they fly nonstop between Chicago and Atlanta, Boston or New York.  Members who purchase and fly round trip from Feb. 15 through May 15, 2007, can earn up to 10,000 bonus miles (2,500 for each round-trip flight) when they register at delta.com/midway.

“As we continue to increase our routes across the Atlantic and to key business markets, we’re offering passengers even more mileage-earning opportunities,” said Jeff Robertson, managing director of the SkyMiles program.  “We hope SkyMiles members will take advantage of one of our most rewarding promotions ever – they can earn a First Class Award ticket with just one flight.”

Delta recently became the only global airline to serve more than 300 worldwide destinations.  The airline will continue to expand its global reach this summer with service to five transatlantic destinations: Bucharest, Dubai*, Prague*, Pisa/Florence and Vienna.  Delta also will become the leading carrier between the United States and Eastern Europe in 2007.

Delta Air Lines customers in New York and Chicago will find it easier to do business between the Big Apple and the Windy City with new nonstop service between New York’s LaGuardia Airport and Chicago’s Midway Airport, and additional service between New York’s JFK Airport and Chicago-O’Hare. The new service offers customers a Delta Shuttle-like experience – convenient, regularly timed nonstop flights between two of the nation’s largest business markets.

The award-winning Delta SkyMiles program offers members multiple mileage-earning opportunities when flying Delta, Delta Shuttle®, the Delta Connection® carriers, Delta AirElite® and other SkyTeam® airlines.  Additional mileage-building opportunities are offered through more than 100 partners such as the Delta SkyMiles Credit Card from American Express, SkyMilesShopping.com, participating hotels, car rental companies, telecommunication services, restaurants, retailers and more.  Now in its 25th year, the SkyMiles program received a “Lifetime Achievement Award” at the 2006 Freddie Awards in recognition of its many contributions to the airline loyalty industry, and it was named “Best Frequent Flyer Program” for 2006 by Business Traveler magazine.

Delta Air Lines (Other OTC: DALRQ) offers customers service to more destinations than any global airline with Delta and Delta Connection carrier service to 304 destinations in 52 countries.  With more than 50 new international routes added in the last year, Delta is America’s fastest growing international airline and is a leader across the Atlantic with flights to 31 trans-Atlantic destinations.  To Latin America and the Caribbean, Delta offers nearly 600 weekly flights to 58 destinations.  Delta's marketing alliances also allow customers to earn and redeem SkyMiles on more than 14,000 flights offered by SkyTeam and other partners.  Delta is a founding member of SkyTeam, a global airline alliance that provides customers with extensive worldwide destinations, flights and services.  Including its SkyTeam and worldwide codeshare partners, Delta offers flights to 453 worldwide destinations in 97 countries.  Customers can check in for flights, print boarding passes and check flight status at delta.com.

A portion of travel for some itineraries may be on the Delta Connection® carriers: Atlantic Southeast Airlines, Comair or Shuttle America.

JFK-London Promotion: Eligibility: To participate in this offer, eligible members must register online at delta.com/londonbonus between Feb. 15, 2007 and May 15, 2007 and fly between March 1, 2007 and May 31, 2007.  Bonus Offer: Purchase and fly round-trip on Delta-marketed/operated flights between New York (JFK), New York and London-Gatwick (LGW) between March 1, 2007 and May 31, 2007 and earn 45,000 bonus miles for BusinessElite® travel (J or D fare classes); earn 25,000 bonus miles for full fare Economy or discounted BusinessElite travel (I, Y, B or M fare classes).  Delta marketed codeshare flights are excluded from this offer.  As an added feature, purchase round-trip Delta tickets with a qualified American Express® Credit Card and fly to receive an additional 2,500 bonus miles.  Restrictions: This is a one-time offer.  Travel Period: Travel must be between March 1, 2007 and May 31, 2007.  All travel must be completed by May 31, 2007.  Miscellaneous: Your bonus miles will appear automatically on your SkyMiles statement.  Allow up to six weeks after qualifying travel is completed for credit to appear.  Allow six to eight weeks following the end of the promotion (May 31, 2007) for the American Express credit to appear.  This offer cannot be combined with other Delta/SkyTeam offers.

Miscellaneous:  Bonuses apply only to the traveling SkyMiles member. Taxes and fees for Award Travel are the responsibility of the passenger and must be paid at the time the ticket is booked.  Award Travel seats are limited and may not be available on all flights or in all markets.  All SkyMiles program rules apply to SkyMiles program membership, miles, offers, mile accrual, mile redemption and travel benefits.  To review the rules, please visit delta.com/skymiles.  Fares, offers and rules are subject to change without notice.  Other restrictions may apply.  Offer void where prohibited by law. 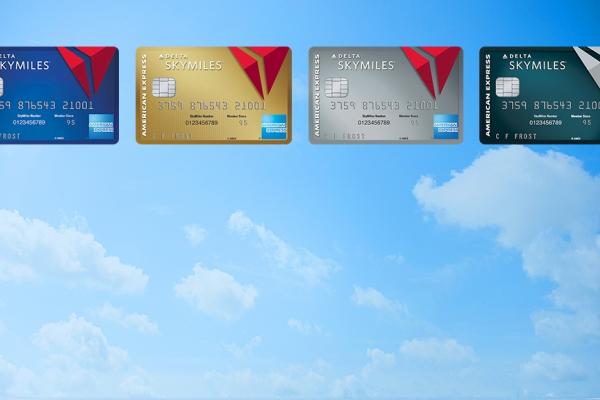 Beat the hustle and bustle: 9 tips for a smooth travel experience this holiday season 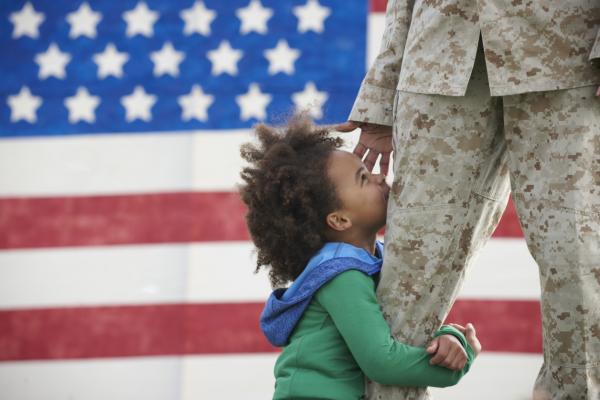 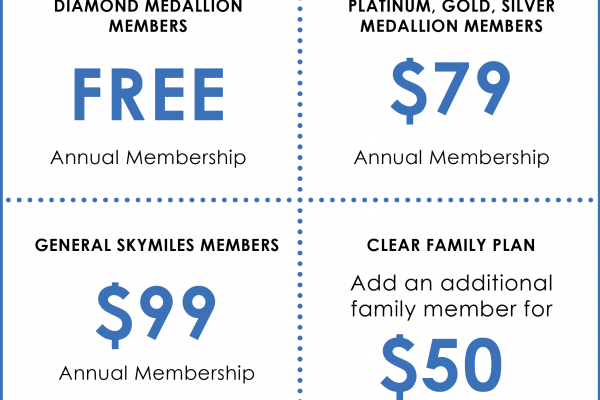