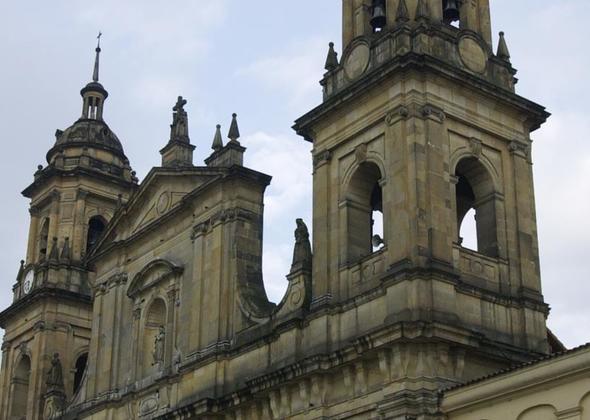 •    Bogota is one of the leading business destinations in Latin America
•    New daily service to connect the largest Colombian community living in the U.S.

Starting this winter, Delta will connect New York City to Bogota, Colombia, one of the leading business and tourism destinations in Latin America. The new service out of New York’s John F. Kennedy International Airport launches Dec. 21, and the service out of El Dorado International Airport (BOG) starts Dec. 22. The route will fly the route with a Boeing 757-200 with 20 First Class, 29 Delta Comfort+ and 150 Main Cabin seats.

“We are looking forward to providing daily nonstop service to the largest Colombian community living in the U.S.,” said Ricardo Garnica Montoya — Delta’s Sales Manager, Colombia. “The JFK-BOG route is important for Delta’s growth in the region as we continue to strive to connect Latin America and the world better than any other airline.”

The flight will operate year-round with the following schedule:

First Class customers can enjoy the latest seasonal menus and can take advantage of the pre-select meal program to order their first choice of meal ahead of their journey. The aircraft also features seatback entertainment screens with Delta Studio and thousands of hours of free content across all cabins, including Satellite TV.  “Colombia is becoming a popular destination for tourists to have diverse experiences within one country that acts as a hub connecting South, Central and North America. We look forward to have more U.S. businesses discover why Bogota is one of the top cities in Colombia with the best business environments,” said María Claudia Lacouture, executive director of the Colombian American Chamber of Commerce.

Delta has grown its presence in New York City by over 65 percent in the last 10 years and today operates more than 520 peak-day departures from its hubs at LaGuardia Airport and John F. Kennedy International Airport – including more than 240 daily departures from JFK.

As one of Delta Air Lines’ main airport hubs, JFK serves many important destinations in Latin America including Brazil and Mexico, as well as Caribbean spots such as Jamaica, the Dominican Republic and Aruba, among others.