Bon voyage! Inaugural trip takes off from Raleigh to Paris 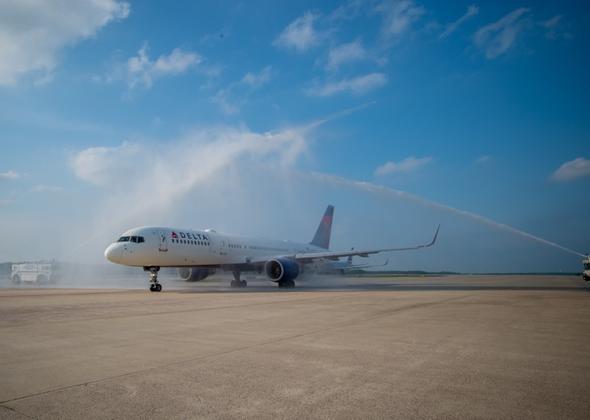 RALEIGH –Dozens of aviation, civic and regional business leaders joined Delta Vice President Victoria Forbes-Roberts and other Delta employees and customers in the gate area of the Raleigh-Durham International Airport’s Concourse C to celebrate the inaugural flight between the Triangle and Paris late Thursday afternoon. 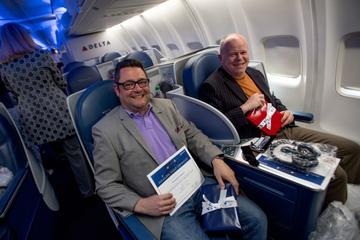 Flight 230, a 164-seat, Boeing 757-200ER aircraft, served as the ceremonial backdrop for the long awaited service connecting the local community to the world, with more than 75 onward destinations from Paris throughout Europe, the Middle East and Africa.

“Delta stands proud with the Triangle region as we launch the first of what is expected to be many flights across the Atlantic,” said Victoria Forbes-Roberts, Vice President – Pricing and Revenue Management. “Today’s flight is the culmination of years of planning and represents the latest step in Delta’s commitment to become the global carrier of choice for the region.”

The flight, operating in conjunction with the airline’s European joint venture partners Air France, KLM and Alitalia, is Delta’s 13th destination from Paris and the only nonstop link between the two cities. Prior to launching RDU-Paris service, Raleigh was the largest U.S. corporate market not served by the Joint Venture.

At a pre-launch reception, guests enjoyed a mixture of French-themed entrées as well as a sampling of the RDU-CDG Delta One menu including: 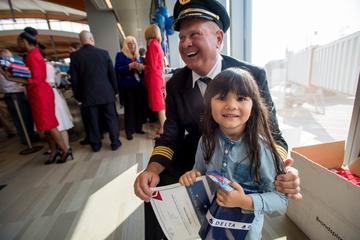 The Delta Sky Club joined in the inaugural celebrations by offering members and their guests complimentary champagne and strawberries as well as a colorful display of macaroons. The Delta Sky Club at RDU now offers enhanced food options, premium drink offerings, Starbucks coffee and an automated, self-service espresso machine, and this summer the Club will begin expansion renovations to almost double its seating capacity and floor space.

Delta, which is the largest airline at RDU with more than 60 daily departures to 21 destinations, recently launched Salt Lake City service in March and plans to begin four daily flights to Reagan Washington National Airport (DCA) on Aug. 1. Delta has grown Raleigh seat capacity by over 60 percent since 2010.

Forbes-Roberts, who spoke on behalf of Delta, closed her speech with a list of Delta’s numerous contributions to the community, before promptly transitioning in a $25,000 check presentation to Triangle Community Foundation CEO Lori O’Keefe. 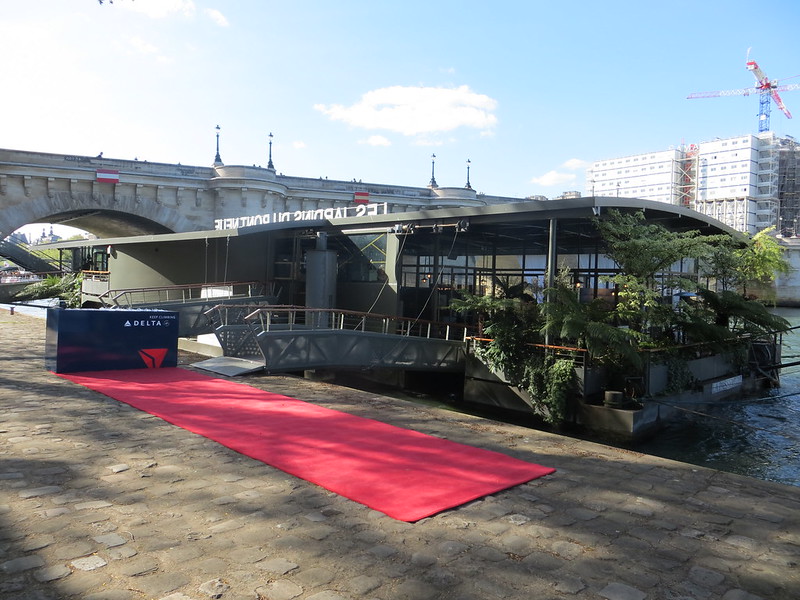