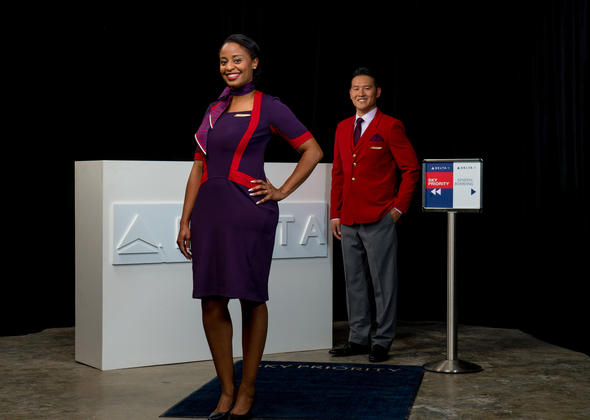 Delta and leading New York fashion designer Zac Posen together unveiled an exclusive uniform collection today, which will be worn by more than 60,000 of the airline’s frontline employees including customer service agents, flight attendants, ramp agents and technicians. The contemporary line fuses together bold color palettes and classic styles, while paying homage to the heritage and iconic design from decades past to elevate the look and brand of Delta employees. 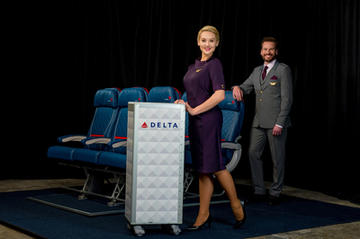 “The world’s best employees deserve the best uniforms and this new collection is classically influenced, yet modern,” said Ed Bastian, Delta’s CEO. “Zac and the Delta team worked closely with our people to create timeless and fashionable pieces that reflect the thoughtful and innovative spirit of Delta.”

Posen partnered directly with Delta employees from nearly every work group to design the collection, developing a functional wardrobe fit for Delta’s diverse employee group and the environments where they work. Employees influenced the design and final selection of each uniform piece.

“We wanted Delta employees to look glamorous on the job without sacrificing functionality and style,” said Posen. “I worked alongside employees to understand how they interact with the clothes they wear and developed a look that empowers and excites, because we want Delta’s global workforce to exude the confidence and thoughtfulness that reflects the airline’s brand.”

“It was clear early on that Zac embodied the innovative design sense, passion and hands-on involvement to create for our employees and our brand a uniform that truly sets Delta apart,” Bastian added. 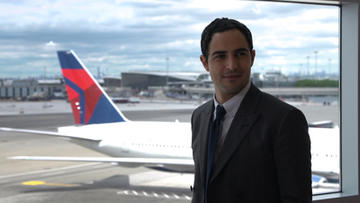 There are a number of subtle details including a signature winged collar on the women’s Traveling Thistle blouse, the Delta logo, also known as the widget, accented throughout the collection and for non-customer-facing employees, reflective Delta widgets on high-visibility outerwear.

Some of the items in the lineup for flight attendants and customer service agents include a feminine Passport Plum V-neck dress, peplum sweater, wrap dress, ottoman skirt suit and swing jacket. For men, a Groundspeed Graphite three-piece suit, Passport Plum crew neck sweater and widget-printed tie, among other pieces. For technical employees working on the airport ramp or in Delta’s TechOps division, a mid-layer sweater, three-in-one ANSI jacket and rapid-dry polo shirt are among the lineup.

Posen, who is known for designing couture and high fashion, incorporated innovative fabric and textile technology to create pieces that stand up to the active, fast-paced airport and on-board environment.

“For a collection that will be worn by Delta people for years to come, it has to be right. It has to be timeless and embody the uniqueness and resilience of our brand and Zac accomplished that and then some,” said Elaine Casanova, a 42-year Minneapolis-based flight attendant. 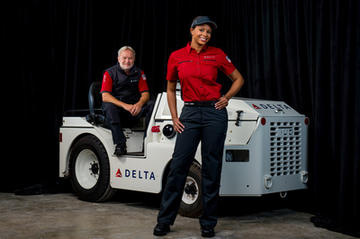 Speaking to the collaborative nature of the project, Chad Holmes, a ramp agent based in Salt Lake City and member of the airline’s cross-divisional uniform team said, “The employee uniform committee has been involved every step of the way, listening to our colleagues’ needs through job shadows and focus groups. It has been amazing and humbling to see how the feedback was put into action and inspired this new uniform collection – even in the smallest of details.”

Beginning in December and into early 2017, a dedicated team of 1,000 employee ambassadors will wear-test the uniforms. From there, adjustments and tweaks will be made based on employee feedback before the uniforms roll out to Delta people worldwide in the first quarter of 2018. 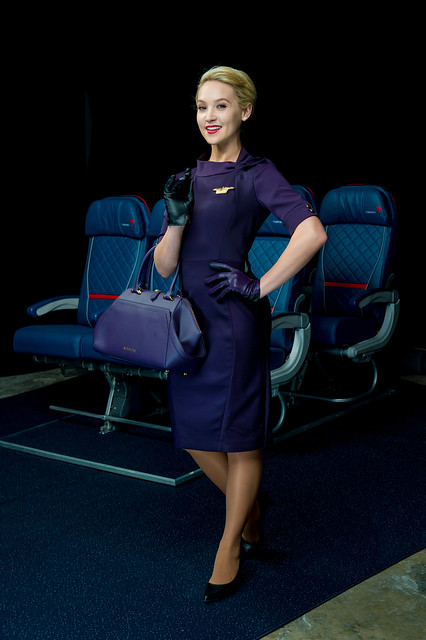