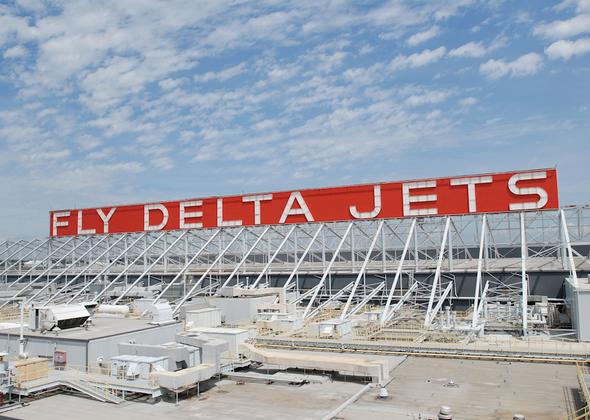 Delta in June flew more customers than any other month in the company's history, with nearly 17.7 million flying on mainline and Delta Connection flights around the world. The airline also ended the quarter with a record 50 million customers flown in the three months from April to June.

While June 30, 2017, still holds the record for most customers flown on a single day at more than 646,000, the Friday before the 2018 Fourth of July holiday wasn't far behind with just a thousand fewer customers flown. Still, June 2018 was a busy month, racking up six of the top 10 consolidated passenger days of all time — the remaining four days all happened in summer 2017 — proving yet again that it's summer, not the Thanksgiving and winter holidays, that takes the cake for busiest days of the year.

"We've made a commitment to our customers to be a reliability leader, delivering a safe, on-time product and the 80,000 employees of Delta are doing just that," said Dave Holtz, Delta's Senior Vice President — Operations and Customer Center. "We're seeing customers fly Delta in record numbers this summer and it's a resounding testament to the hard work and focus of our employees."

Based on the current schedule, Delta and Delta Connection expect to operate 6,092 flights systemwide on July 20 — the highest one-day total for the year. ​