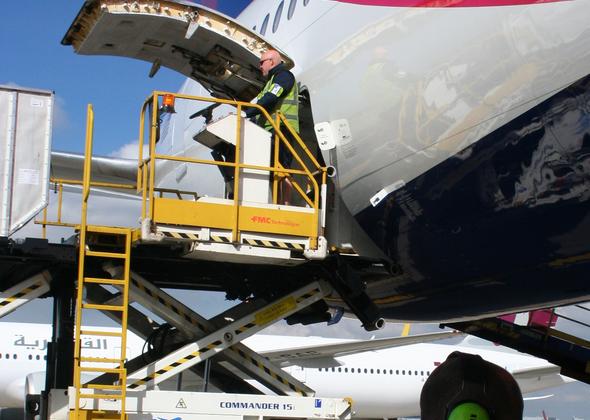 LONDON - The sun is rising over Heathrow Airport at the start of what promises to be a glorious fall day. Their shift starts at 6 a.m. but several Delta aircraft maintenance technicians have been at Heathrow since 5:30, waiting for the first flights to arrive from the United States.

Flight 63 from Boston is the first to land at Terminal 3. The team has about 1 hour 45 minutes to turn a flight around for its next departure, so the technicians check information sent from the flight deck and Delta’s Maintenance Control Center (MCC) for any reported issues before Flight 63 lands. A pre-departure check-list is printed and technician Johnny Foyle is off to meet the plane at the gate. 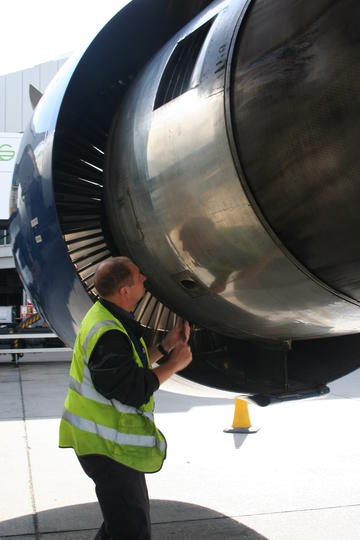 The London TechOps team, while very small compared to the main one in Atlanta, faces similar challenges and some different ones in keeping Delta aircraft humming on a busy international network, which includes the world's most important business route: New York’s JFK to Heathrow.

The 19-member team is trained to work on every part of Delta’s  international fleet, from fixing the in-flight entertainment system to changing a wheel - something the team had to do just the other day.  Unscheduled maintenance is made easier by wheel repair kits – purpose-built trucks with spares, nitrogen and jacks – designed by the Heathrow team themselves.

Delta flies Boeing 757-200ER, 767-300ER and 767-400ER aircraft to Heathrow, but the airport’s location between mainland Europe and the United States means the team might work on diverted Airbus planes or Boeing 747s and 777s. Maintenance technicians must pass stringent tests and exams before being FAA-certified and undergo regular training at Delta’s Technical Operations Center in Atlanta. Plus, because Delta flies ETOPS planes - aircraft permitted to fly further than normal from diversion airports - on the trans-Atlantic, they require additional qualifications on top.

Heathrow is one of 11 Delta-staffed international line maintenance in the region including Amsterdam, Brussels, Paris, Madrid, Manchester,U.K; Dublin, Moscow, Frankfurt, Munich, and Sao Paulo, Brazil. A technician from Heathrow is stationed in Accra, Ghana, on a rotating basis, and the team helps with seasonal flights in Pisa, Italy, and Reykjavik, Iceland.

Everyone is ready to fly at a moment’s notice – often with a spare part in hand.  “If a plane breaks somewhere in the region, it’s not a simple matter of swapping it for another one,” says Grange. “Heathrow has great international connections and it’s quicker for us to jump on a flight and go and fix the aircraft ourselves than having a part shipped over.”

Delta’s 12 daily flights are split between two terminals. The logistics, while a challenge, haven’t fazed Richard Spencer, manager of the team: “There’s a one-way system, airport traffic and a taxi way to cross, meaning it takes time to go back for a part,” he says. “We’ve divided manpower and keep our equipment portable so we can work efficiently whether we are at T3 or T4.”

This includes maintaining a fleet of vans fitted out with all the tools needed, plus a good stock of light bulbs, fuses and nuts and bolts.

While Delta keeps a vast stock of commonly needed spares at Heathrow, Paris, and Amsterdam, parts are expensive - some costing millions of dollars. To manage costs, the airline works with other carriers and an aircraft parts supplier  to ensure ready access to spares without having to purchase items in advance. 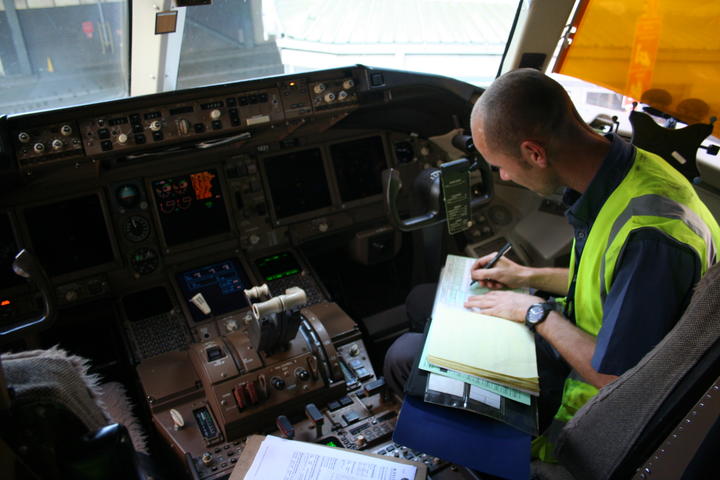 But the airline doesn’t take chances when it comes to its premium product out of Heathrow. Despite the high cost of a Delta One seat, two replacements are kept in storage at the airport.

“When you consider the potential brand damage, changing a broken seat in less than an hour is nothing,” says Grange.

By 8.30 a.m. flights are fast arriving into Terminal 4. Delta doesn’t have dedicated gates at Heathrow and as the morning progresses three Delta “widget” tailfins in a row are an unusual, but welcome, sight because it means the maintenance technicians can work on flights together.

Pre-arrival information from Ship 178, a Boeing 767-300ER, indicates a broken overhead luggage compartment.  Non-urgent maintenance issues can be put onto a Minimum Equipment List, meaning that within aircraft manufacturers’ guidelines the aircraft can fly but there is a deadline by which the item must be fixed.

This flexibility reduces delays for passengers, which the technicians work closely with the Airport Customer Service (ACS) team to avoid.

“We’ve got a great relationship with ACS because we keep them informed about what we’re doing and how long it’s going to take,” explains Spencer. “It’s the same with flight crews: they can trust us because they know we’re working hard to minimize delays and get them airborne.” 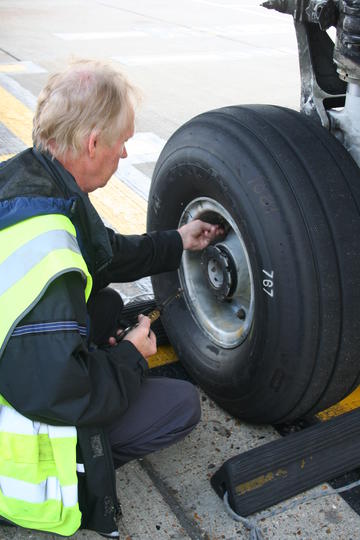 With Ship 178 now at the gate, Phil Harman starts by checking the tire pressure of the nose wheel before walking around to inspect the aircraft.  He joined Delta in 1991, having worked as a Frankfurt-based technician for Pan Am since 1977, and walks in the same formation every time.  As well as tire pressure, he’s looking for hydraulic leaks, wear to the brakes and signs of lightning or bird strikes. The engine blades are carefully checked, as well as external sensors.

On board, he reads display screens in the cockpit for engine oil pressure, fuel and other operational information, tests all lights on the control panels and the fire sensors before locating the rogue overhead bin.  He replaces a missing bolt and passengers in seat 19E will once again be able to safely stow their bags.

Meanwhile, Adam Fry and Mark Wheeler are inspecting Delta’s Pink Plane promoting breast cancer awareness that has arrived in London sparkling with its new livery. Once everything is completed, the aircrafts’ log books are signed.  However, a flight is only released once a pre-departure check is completed on Delta’s computer system and the Maintenance Control Center has verified that any items on the Minimum Equipment List list are within restrictions - a  measure that underscores Delta’s commitment to passenger safety.

To further improve reliability, Delta is using predictive maintenance across its fleet, using on-board technology to monitor the performance of aircraft components and identify what needs replacing before it breaks.

“The job has become more reliant on computers since I started my career,” says Spencer. “Technology like this will keep our planes more efficient.”

Members of the team even fix items when on their own travels. While flying on vacation, Fry fixed the reclining mechanism on a customer’s seat that had become jammed by a stray sock. “It’s really nothing; we’re all just pleased to help,” he says.

It’s 5:30 p.m. and the last flight is signed off to depart. Everything has gone smoothly at Heathrow today, perhaps helped by the fall sunshine.

Delta maintenance technicians are prepared for every eventuality, as the Amsterdam-based team demonstrated recently.

A 747-400 landed safely at Schiphol Airport, but required a new engine – a part not stocked in the region. Working with cargo shipper Kuehne and Nagel, which chartered a cargo freighter, Delta’s Amsterdam technicians were joined by colleagues from Detroit to install and test the new engine. Overall it was a 12-hour team effort to get the plane back on its way.

“We’re working to a tight schedule and if there’s something big that needs fixing, there’s no question of people leaving just because they’ve finished their shift; we pull together,” says Spencer, named to the Chairman’s Club this year, Delta’s highest employee honor. “It’s the Delta way, it’s how we do things and best of all, we see those planes take off safely because we’ve done our jobs.”