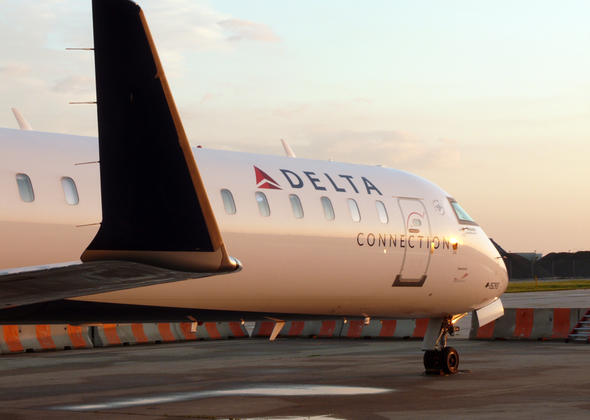 Endeavor Air accomplished something no other regional carrier has.

For just shy of 1,030 hours during the busiest month of the summer schedule, Endeavor canceled zero flights as a result of maintenance, crew-related issues or other reasons under the carrier’s control. The regional carrier only canceled flights as a result of circumstances beyond its control such as air traffic control restrictions, inclement weather or when slot-constrained airports like those in New York dictate a reduced arrival rate, for example.

The airline, based at Delta’s Minneapolis/St. Paul hub, has been on a bit of a reliability rally in the last year, improving key operational metrics like on-time and completion factor performance with its fleet of 116 regional aircraft on nearly 650 daily flights.

Endeavor flies 12 million passengers each year on more than one-fifth of the 3,000 daily flights flown by Delta’s six regional partner airlines, providing vital feed from markets that do not have enough traffic or revenue to support mainline service.

With the exception of February when winter storms battered the Northeast—where a large number of Endeavor aircraft operate—the airline had consistently stronger on-time departure performance in the first six months of the year compared to last. In the roughly three months of the busy summer season, Endeavor had more than 350 fewer cancellations compared to the same period last year, contributing  roughly 1,400 total fewer cancellations among all six regional airlines in the Delta Connection portfolio. The 2015 results are some of the strongest operational metrics the airline has had since it took on its new corporate identity in 2012 and are in line with mainline Delta—a fact not lost on Ryan Gumm, Endeavor’s President and CEO.

“This team comes in to work every morning with the intent to leave Endeavor a better airline than we were at the beginning of the day,” he said. “There isn’t a part of the operation we haven’t taken a deep look at to make the airline more efficient and reliable. Our dedicated employees have thoroughly embraced the notion of continuous improvement and they’re living out the vision that a regional carrier can mirror the product of its mainline partner.”

The no-stone-left-unturned approach has meant going back to the drawing board on a number of functional areas of the airline. By redeveloping plans around where spare parts and aircraft are strategically positioned across the country, Endeavor has been able to take better advantage of aircraft idle time, completing preventive maintenance by clearing out any deferred, time-flexible fixes. Technicians now perform overnight preventive maintenance on about 30 percent of the fleet—up from 12 percent—every single night.

That intense focus on aircraft and engine maintenance is rooted in the philosophy of Lee Gossett, Delta’s V.P.–Line Maintenance. The 25-year Delta veteran and maintenance maven, along with the Delta TechOps team, data-driven maintenance program, generating industry-leading results in the process. Those mainline best practices and lessons learned are disseminated to Endeavor and Delta’s other regional partners through regular meetings with their respective teams.

“It’s clear Delta’s operational and maintenance know-how along with the investments Endeavor Air has made in its people and its infrastructure are paying dividends,” said Cyril Turner, Delta’s S.V.P.–Delta Connection.  ”Ultimately, that benefits Delta’s customers who experience an even more on-time and reliable travel experience.”

“Our employees have been hitting it out of the park,” he said. “They’re laser-focused on the operation and Delta customers and we’re thrilled with the progress we’ve made.”