Captivating content: Delta’s in-house startup and studio partnerships will make you wish your flight was longer

Ever found yourself tearing up during an in-flight film? Especially during one that wouldn’t normally trigger waterworks?

There’s a reason people are more likely to cry on planes. Research reveals that customers enter a heightened emotional state while flying – deepened introspection or sadness can be amplified at altitude. And Delta’s own research shows entertainment can play a key role in helping customers relax while traveling.

That’s why Delta Air Lines (NYSE: DAL), which already offers the most seat-back screens in the sky and pioneered free streaming content and free messaging on board, is doubling down on entertainment, with partners and its wholly owned startup Delta Flight Products.

“Our research tells us that customers really enjoy and appreciate entertainment – it is their ultimate de-stressor in flight,” said Tim Mapes, Delta's Chief Marketing & Communications Officer. “That’s why we keep extending our position as the entertainment airline and continue growing our in-house expertise through Delta Flight Products – allowing us to explore a future where captivating content becomes part of the entire customer journey, not just in the air.”

At CES and want to check out Delta’s captivating in-flight entertainment for yourself? Stop by Delta’s booth (#14035) in Central Hall where you can immerse yourself in the experience. 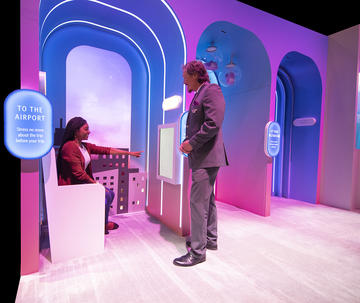 Building the future of travel entertainment with Delta Flight Products

Delta sees the future of travel entertainment as one that serves up free, captivating content for customers across their day of travel – not just in the air. Imagine a world where connectivity is seamless, allowing movies, shows or music to be accessed via personal devices using the Fly Delta digital concierge the moment you check in for a flight, then seamlessly continued on a seat-back screen once on board.

Delta can dare to imagine this new era of entertainment now because in 2016 it launched a startup called Delta Flight Products – it’s that powerhouse inside Delta you might have never heard of, but should.

By focusing on the most complex aspects of Delta’s aircraft interiors, DFP has enabled the airline to be nimble in developing best-in-class experiences for customers, like the groundbreaking wireless IFE system now flying on Delta’s A220s, A330-900s and modified 767-400s. The new wireless system – an industry first – is built with a modern, flexible architecture that makes it easier to bring on new features and functionality to the platform in less time.

Launched with just 10 employees, Delta Flight Products has grown to more than 300 professionals who are making the future of entertainment a reality today for Delta customers.

Testing new features with a nod to the future

This year, Delta will take the first step toward the future era of entertainment by testing new features like a “binge button” that will allow customers to kick back, relax and watch entire seasons of their favorite new shows uninterrupted.

For customers who prefer a personalized experience, Delta will pilot a “recommended for you” feature that serves up a curated recommendation based on previous viewing behavior.

Delta will also test features like “do not disturb” or “wake me for meal service” for Main Cabin customers on select long-haul flights. 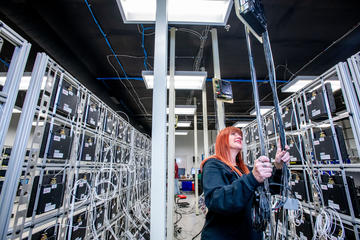 As part of the global airline’s work to seek diversity, create equity and increase representation, Delta will become the first airline with dedicated in-flight channels spotlighting films and TV shows that meet the ReFrame Stamp standard – a mark of distinction for features that include female-identifying people in four of eight key areas of their production, including writer, director, producer, lead, co-lead, speaking parts, department heads and crew.

“We are thrilled to partner with Delta to celebrate gender-balanced films and television shows,” said ReFrame Co-founders Keri Putnam and Cathy Schulman. “We believe that diverse, impactful stories from artists around the world help us connect to new perspectives and drive meaningful dialogue – bringing all of us closer together.”

Delta’s dedicated channels will debut on board in February with the films and shows below and will continue building the collection throughout 2020 as new titles receive the stamp.

Delta will also support ReFrame through a $100,000 donation – in addition to the airline’s annual $125,000 in-kind contribution to Women in Film – to help support a number of their initiatives, including the Film Finishing Fund and the Crystal & Lucy Awards.

Movies and shows featured on Delta’s ReFrame channels will also be featured in other categories by genre.

Founded by Sundance Institute and Women in Film, ReFrame is a coalition of top industry figures and companies dedicated to achieving gender balance in film and television.

Delta is committed to offering a range of entertainment options as diverse as the customers it carries, and has doubled down in recent years on new and innovative offerings from Hulu Originals to Spotify podcasts and more. In December, Delta announced a new partnership with Disney+ that will give Delta customers access to select favorites from Disney+. Delta customers will also be able to enjoy Frozen 2 onboard this February before any other airline. 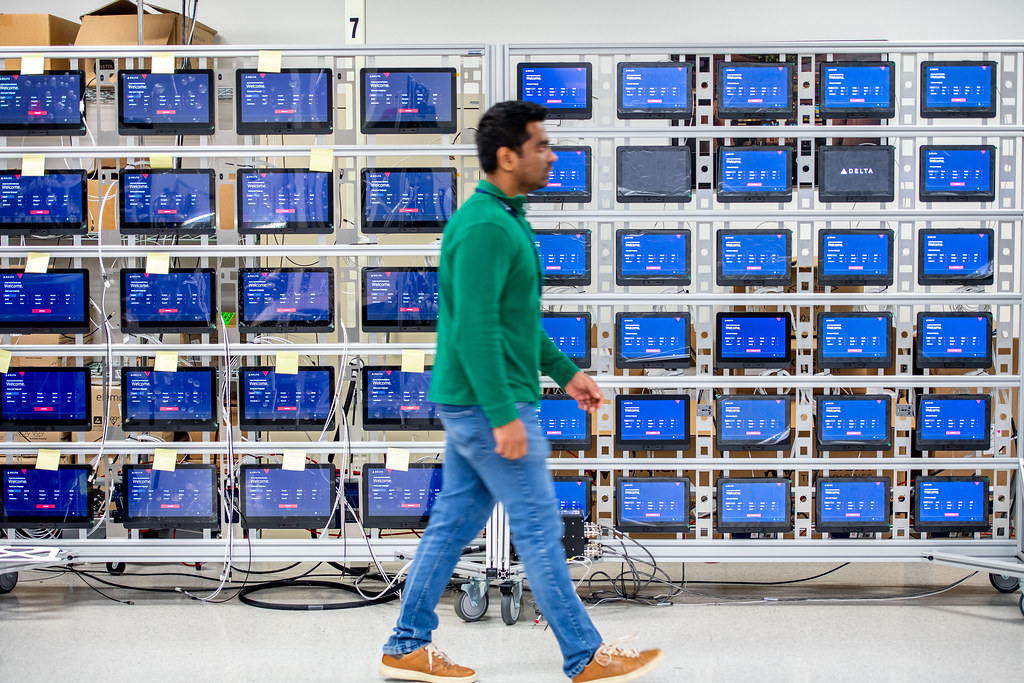 Founded and led by Women In Film and Sundance Institute, ReFrame is an initiative that employs a unique strategy, a peer-to-peer approach, in which over 75 ReFrame Ambassadors engage with senior, industry decision-makers at over 50 Partner Companies to implement ReFrame programs. The initiative’s goals are to provide research, support, and a practical framework that can be used by Partner companies to mitigate bias during the creative decision-making and hiring process, celebrate successes, and measure progress toward a more gender-representative industry on all levels. For more information download the ReFrame Culture Change Handbook or visit ReFrameProject.org.

Delta is the U.S. global airline leader in products, services, innovation, reliability and customer experience. Powered by its 80,000 people around the world, the airline serves nearly 200 million people every year on more than 5,000 daily departures across its industry-leading global network to more than 300 destinations in over 50 countries. Over the past several years, Delta has led the airline industry in transforming the customer experience by introducing the first end-to-end biometric terminal in the US at Atlanta‘s international airport, real-time RFID bag tracking and automatic check-in via the Fly Delta mobile app, an alliance that will empower customers with seamless in-cabin connectivity experience, more efficient and high-tech automated screening lanes, and a groundbreaking app that helps Delta pilots avoid turbulence for a more comfortable flight. The global airline is also empowering its employees – Delta’s greatest competitive advantage – by arming them with handheld platforms that allow for more personalized service delivery and more meaningful interactions – not just transactions – with customers. All of this has resulted in Delta being named one of Fast Company’s Most Innovative Companies Worldwide two consecutive years, and Fortune’s Most Admired Airline for eight of the past nine years.