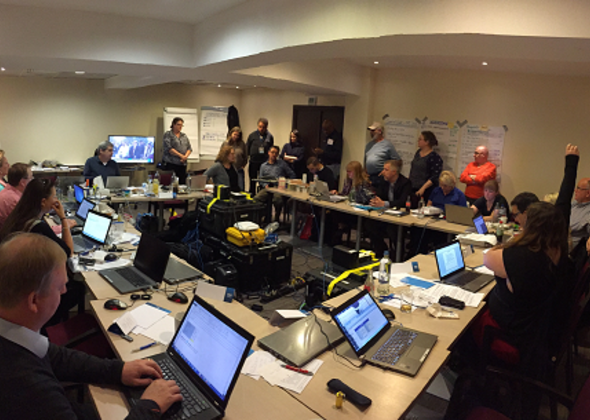 BRUSSELS – Laye Kane Jallow had been visiting his girlfriend in the Belgian capital and was checking in for his flight home to New York when the explosion ripped through Zaventem Airport.

Badly injured, Jallow was airlifted to an area burn unit and was being wheeled to surgery when Delta Care Team member Carl W. Anderson saw him through a glass window. 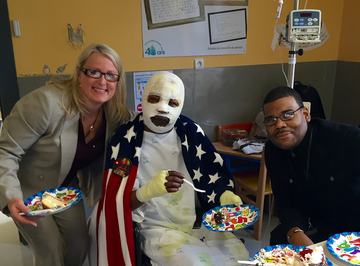 Anderson and fellow Care Team member Kim Cline talked with Jallow after surgery and in offering their help discovered it was his birthday. They rushed to a store to gather decorations, including an American flag blanket and a birthday cake. Jallow was so moved he told Anderson and Cline it was great to have Delta as “his family.”

Cline said, “When you see a crisis, a lot of times you don’t know exactly how to help. Mr. Jallow was pleasantly surprised for us to be there, and I think that truly made a difference in his life.”

Anderson and Cline are just two Delta Care Team members reaching out to customers affected by last week’s bombings, providing logistical and emotional support to victims and their loved ones.

About three-dozen Delta employees from North America and Europe arrived in Brussels Wednesday, the day after the terrorist attacks that killed 35 people and injured more than 300.

Bolstering those team members in the field is the Care Team’s phone branch in Atlanta, which is working long hours providing support both for customers and team members doing the emotionally draining work in Brussels. 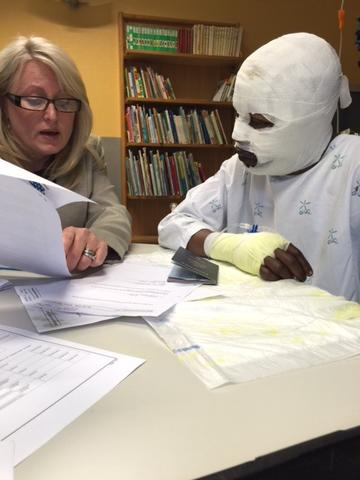 Established in 1996, the Care Team program provides Delta, its subsidiaries and business partners with trained employee volunteers to support family and friends in a crisis situation that affects Delta customers or crew. Care Team members are assigned to passengers, crew members and their families.

About 2,500 people from across the company are trained and available at any time to provide support if called.

Care Team members also help coordinate communication between hospitals, airport officials and organizations like the Red Cross or Red Crescent, and can be a shoulder to lean on to get through a difficult time.  Care Team members worldwide speak at least 19 languages and come from more than two-dozen countries. Team members participate in annual training after an initial two-day course.

At the core of the Care Team’s mission is a dedication to treating survivors and family members with professionalism, compassion and consistency while respecting their privacy. 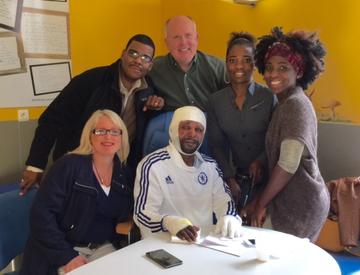 In Brussels, Delta’s Care Team was chosen based on language skills: Dutch, French, German and Spanish. They are working closely with their colleagues from Delta’s partners at Air France and KLM. The task has proved challenging as the Care Team continues working to contact and assist customers and their families spread across eight or more hospitals in the region.  The team is meeting with victims like Jallow and their families, taking care of immediate needs such as food, transportation and lodging.

Jallow remains hospitalized but has improved considerably since the photos above were taken, Anderson said. He continues to receive support from Delta and said the Care Team helped inspire him.

Tina Rawlins, Delta’s Program Manager for Care Team Emergency Response, said, “We simply cannot thank these employees enough for putting their lives on hold and sacrificing their time to be there for this effort. From those manning phones 24/7, to our field team, which is made up of a tremendous partnership between Delta, Air France and KLM, they’re all doing a phenomenal job.”

This article was written in Atlanta with information provided by Lacey Snyder, an operational communications manager for Delta who is in Brussels as part of Delta’s Care Team.