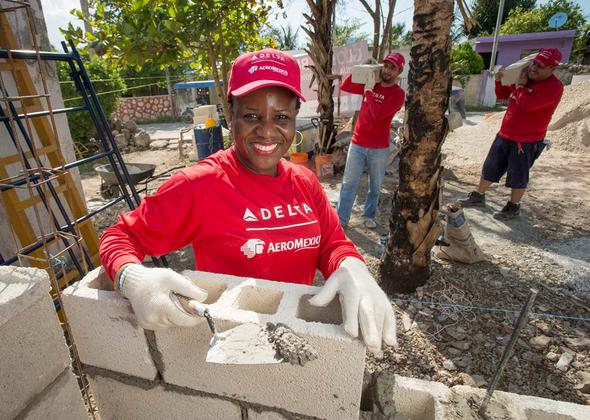 Delta is celebrating its 12th Global Build with Habitat for Humanity by helping build six homes in Mexico this week. 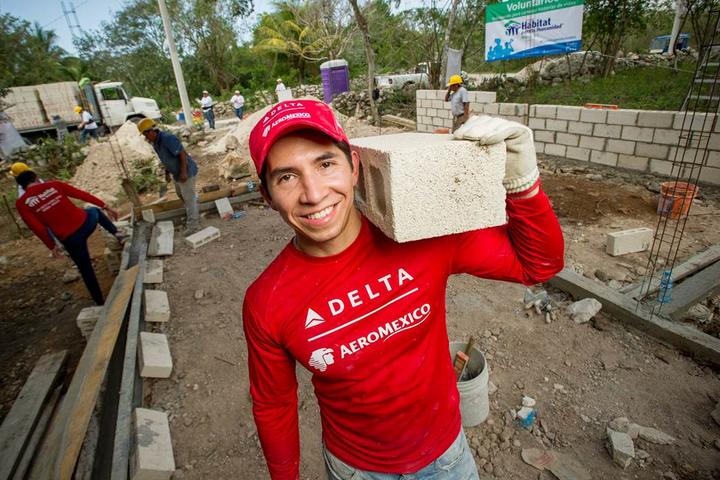 “We are so proud of our longstanding partnership with Habitat for Humanity International, as our employees continue to volunteer their time and talent to impact communities across the globe,” said Tad Hutcheson, Delta’s Managing Director - Community Affairs. “These employees, along with our colleagues from Aeroméxico and two dedicated customers, truly embody the Delta difference.”

The joint Delta and Aeroméxico team will work alongside future Habitat homeowners in Chicxulub to build the walls of six houses. Volunteers will help with the early stages of the house construction, including building the foundation, bathroom, kitchen facilities and two rooms. Habitat for Humanity Mexico will provide training and guidance to the families so that they can complete their new home with help from local volunteers, architects and engineers. 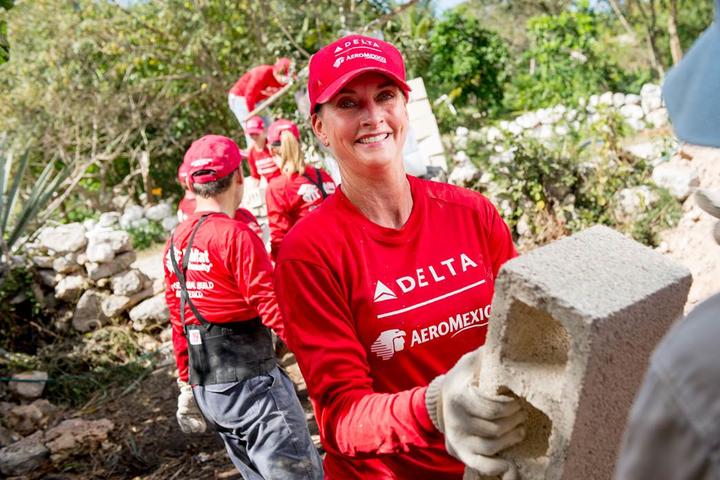 “Delta and Aeroméxico’s teams have been working alongside one another for 22 years, and we are excited to now have the opportunity for our Aeroméxico colleagues to join us for a Delta Global Build,” said Carlos E. Hernandez, Delta’s Director in Mexico. “Delta and Aeroméxico both share a commitment to serving others, and this build allows us to put those thoughts into action as servant leaders to benefit the local community in Merida.”

For the sixth consecutive year, Delta volunteers are also joined by a SkyMiles customer who bid for the opportunity to participate through Delta’s SkyMiles Experiences online auction. Diamond Medallion member Jarrett Goetz won the experience with a bid of 311,000 miles, and is joined by his guest Renee Ricciardi. 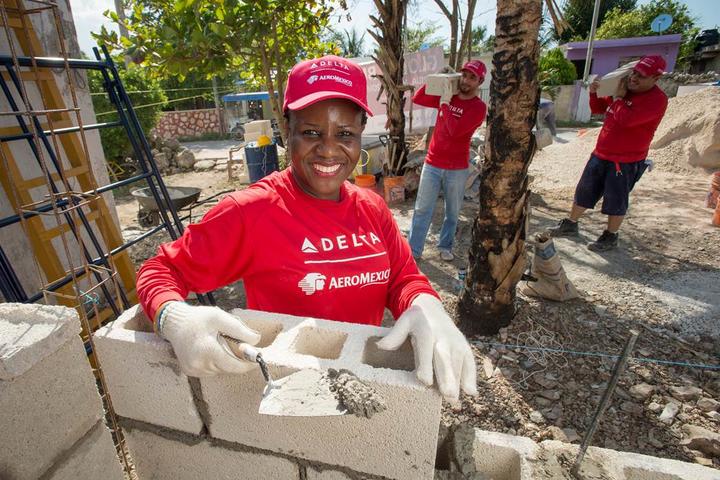 "We are grateful for Delta's commitment to help families around the world build strength, stability and self-reliance through a place they can call home," said Colleen Finn Ridenhour, deputy director of Corporate, Foundation and Institutional Relations at Habitat for Humanity International. "We appreciate the generosity of the Delta and Aeroméxico employees as they work alongside families in need of decent, affordable housing.”

Delta employees have helped build or rehab 221 Habitat homes in 12 countries around the world. The homes in Mexico will mark Delta’s 222 through 227 home builds in partnership with Habitat. Employees have previously participated in Delta Global Builds in Argentina, Chile, China, the Dominican Republic, Ghana, India, Mexico, the Philippines, South Africa and Thailand.