Download
As a longstanding supporter of the King Center in Atlanta, Delta served as the gala's Legacy Title Sponsor.
DELTA NEWS ON THE GO. Subscribe and follow.

In honor of the life and legacy of Dr. Martin Luther King Jr., Delta people connected with the Atlanta community at the King Center's Salute to Greatness Awards Gala this weekend.

As a longstanding supporter of the King Center, Delta served as the gala's Legacy Title Sponsor. The "Salute to Greatness Award," one of the King Center's highest honors, is presented to individuals and progressive organizations in recognition of outstanding efforts toward building Dr. King's "Beloved Community." 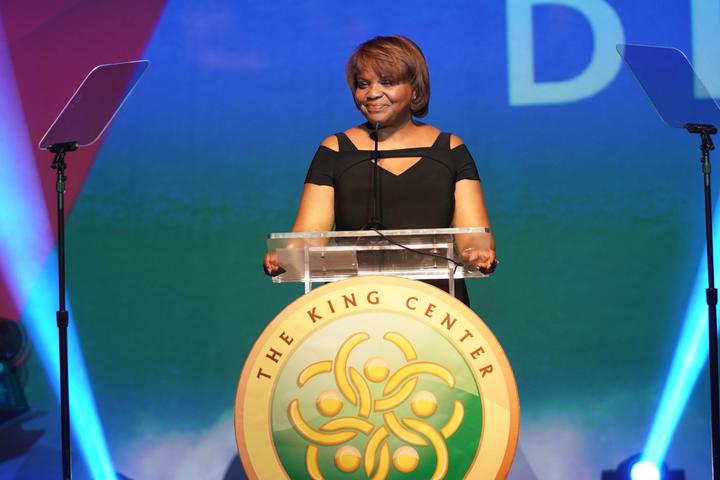 Members of Delta's Business Resource Groups attended the gala at the invitation of Delta's office of Global Diversity and Inclusion. Employees were selected based on their alignment with Delta's diversity and inclusion mission, and their motivation for attending the awards.

"It is so important for Delta to be here because it ensures we are consistently working with other organizations to better our community. We have to work together to make the dream happen," said Derek Jeffry of In-Flight Service.

"Dr. King spent his life working to bring people together and, at Delta, we are aligned with his mission and push forward to make the world a smaller place," Gordon said. "Tonight, as we commemorate his 91st birthday, I want to salute the individuals and organizations in this room who have demonstrated a commitment to following his lead and fighting for human and civil rights."

Dr. Bernice King., Dr. King's daughter, said, "We can act promptly, decisively and without delay for a just, humane and peaceful world for future generations."

"Dr. King's generation did their part to lead the civil rights movement forward and now, that weight falls on our shoulders as we work to shape a better world for future generations. Together, change is possible," Gordon said.

Friday, Delta honored King's legacy with a $400k commitment to the National Park Service to support the Martin Luther King Jr. National Historical Park in Atlanta. The contribution will significantly improve the guest experience and safety through enhanced lighting and electrical systems at the promenade and visitor center access areas. Last year, The Delta Air Lines Foundation provided a grant to the National Park Service to keep the park operating during the federal government lapse in appropriations. After Delta's grant, the park saw a record number of visitors during the Martin Luther King Jr. weekend.