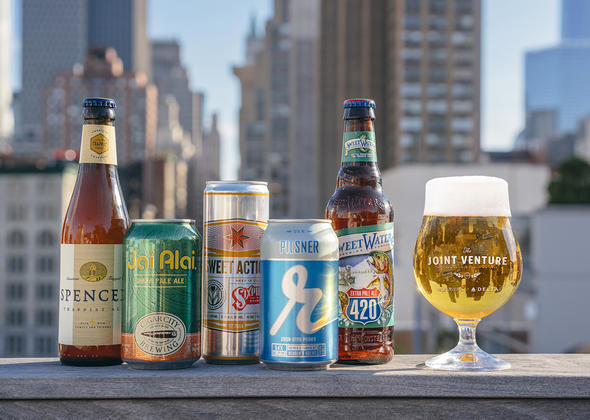 From Siren Blonde Ale in Memphis to Modern Times in San Diego and Pick Axe Porter in Anchorage, a new pop-up pub serving 230 U.S. craft beers is landing in London on August 10. 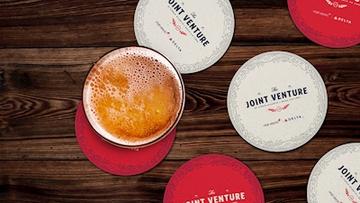 Celebrating craft beer popularity, Virgin Atlantic and Delta are opening The Joint Venture pub on New Oxford Street, Holborn, bringing people together to enjoy a taste of the 200-plus U.S. destinations that U.K. travelers can fly to with Delta and Virgin Atlantic.

The Old Crown Public House will turn into The Joint Venture on August 10-19, where the American craft beer scene meets the traditional English pub vibe complete with a beer wall installation.

Pub hours will be noon to 11 p.m. Unique and local beers from all over the U.S. will be available starting from £4 ($5). There will also be themed nights celebrating U.S. culture plus a pub quiz with flights up for grabs.

Corneel Koster, Delta's Senior Vice President - Europe, Middle East, Africa and India said: "Delta and Virgin Atlantic are both renowned for their hospitality and The Joint Venture enables us to bring this from the air to the ground, so come down and enjoy this truly special trans-Atlantic pub experience."

Claire Cronin, Senior Vice President of Marketing at Virgin Atlantic, commented: "What better way to bring people together than over a beer, or better still, 230 beers! The Joint Venture will bring a taste of the U.S. to London and through the ever-popular U.S. craft beer scene, show the variety of destinations that U.K. travelers can fly to with Virgin Atlantic and Delta Air Lines."

Seattle: Ruben's Brew Pilsner (5.4% ABV)
Reubens Brew is a family affair based in Seattle. In just a couple of years, Grace Kim and Adam Robbings graduated from homebrewing newbies to brewmaster and co-owner of one of Seattle's most loved breweries: Reuben's Brews, which was named after the couple's son. Since opening in 2012, Reuben's has won awards for its beers around the world including at the Great American Beer Festival, the World Beer Cup, and the U.S. Open and was named Mid-Sized Brewery of the Year at the 2015 Washington Beer Awards.

New York: Six Point Brewing Sweet Action (5.0% ABV)
Sixpoint Brewery was founded 2004, in Red Hook, Brooklyn. It started as a draft-only brewery before moving on to release canned creations in 2010. The company's motto is "Beer is Culture," a play on the cultural significance of beer and brewing, as well as the point that yeast is, in fact, a culture.

Atlanta: SweetWater Brewing 420 Pale Ale (5.7% ABV)
A tasty West Coast-style Extra Pale Ale with a good hop feel to it and a crisp finish. First brewed on 20 April 1997, this beer has developed quite the following.

Tampa: Cigar City Brewing Jai Alai IPA (7.5% ABV)
Jai Alai, a game native to the Basque region of Spain, is played on a court called a fronton. Jai Alai players attempt to catch a ball using a curved mitt while the ball travels at speeds up to 188 mph. Proving they have a sense of humor the Spanish dubbed this game, with its ball traveling at race car speeds, "the merry game". The India Pale Ale-style of beer has its roots in the ales sent from England to thirsty British troops in India during the 18th century.

Boston: Spencer Brewing Trappist Ale (6.5% ABV)
Brewed by the Trappist monks of St. Joseph's Abbey in Spencer, Mass., the Spencer Brewery is one of only 10 Trappist breweries in the world, and the first in the Americas. Launched in early 2014, the beer has been well received by both connoisseurs and occasional beer drinkers.

More information is available at The Joint Venture Pub