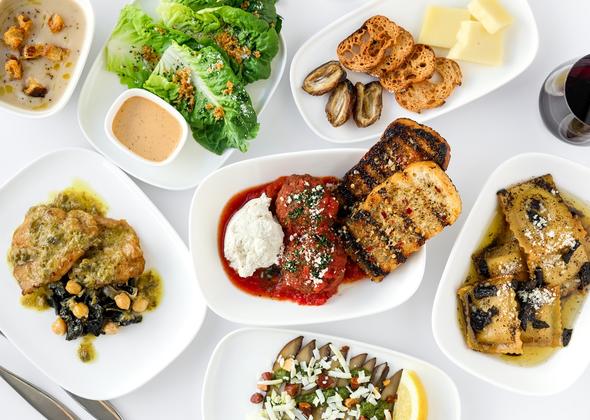 Delta continues to board farm fresh, chef-driven meals at 30,000 feet, as it expands its innovative approach to in-flight cuisine to the West Coast.

"When we began cultivating our partnership with Jon and Vinny early on, we talked about the importance of not just stamping their names on our menus,” said Lisa Bauer, Vice President – On-Board Services. “At Delta, it’s so much more than that. It’s about partnering with chefs to create authentic, locally-sourced meals on board.” 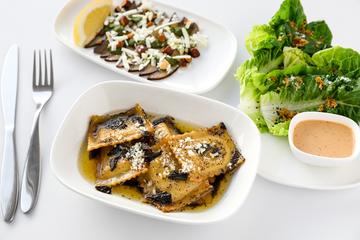 The chef duo has curated a menu that is reflective of the fare served at many of their popular L.A. restaurants, including Animal, Son of a Gun and Jon & Vinny's. Their debut menu for Delta includes: a starter of confit portobello mushroom carpaccio with Tamai Farms arugula pesto, almonds and pecorino, a main course of marinara braised meatballs with bianco DiNapoli tomato, garlic bread and Gioia whipped ricotta, or Domenico’s pumpkin ravioli with Schaner Farms sage brown butter sauce and pecorino cheese, and a dessert of Tamai Farms strawberry bread pudding.

“We are so excited to partner with Delta because it allows us to introduce the smaller farmers and producers who we work with on a daily basis to its global customers,” said Shook.

“On top of that, by using the same network we lean on at our L.A. restaurants, we’re able to authentically re-create some of our most beloved dishes – like our iconic meatballs – and take it from the ground to the sky,” said Dotolo.

Similar to the meals Union Square Hospitality Group and Chef Linton Hopkins create daily for Delta One customers out of JFK and Atlanta respectively, Shook and Dotolo will prepare new menu selections at a dedicated facility they operate in Los Angeles. The freshly made meals will be transported from their catering company, Carmelized Productions, to LAX each day to ensure customers experience restaurant-level cuisine in the skies.

“The Delta culinary model is built around creating authenticity by partnering with chefs and their teams to actually source, prepare and cook the meals – then deliver them to Delta to board,” said Bauer.
“That, coupled with the chefs’ connections to the food community and their ability to source local, fresh ingredients and support those businesses, is what sets Delta and our chef partners apart.” 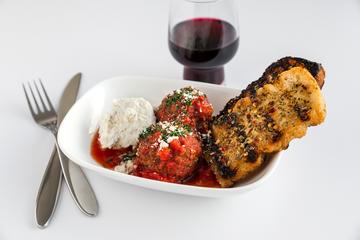 Delta first experimented with a local, seasonally-focused meal program in 2014 when Hopkins began creating menus on select flights departing Atlanta with the same locally-sourced ingredients he used in his award-winning restaurants. Together with the airline, Hopkins worked with purveyors and artisans throughout Georgia and the Southeast to sustainably scale up their operation to meet the need of what quickly became thousands of in-flight meals daily without compromising on quality and taste.

Additionally, Delta has partnered with Master Sommelier Andrea Robinson since 2007 to create a robust wine program that incorporates a seasonal approach, pairing perfectly with the airline’s Delta One menus. This year, Robinson has sourced a number of locally-made wines from small, artisanal wineries that bring to the tray table a flavor and body uniquely their own.

The new menu from Shook and Dotolo is the latest in a series of partnerships with L.A. brands as Delta continues growing in Los Angeles and begins work on the $1.9 billion Delta Sky Way at LAX. In addition to its partnership with the chef duo, Delta offers noise-cancelling LSTN headphones in Delta One and Delta Premium Select and provides in-flight content on Delta Studio through exclusive partnerships with local companies. The local partnerships are part of Delta’s multi-billion dollar investment in the on-board customer experience, which includes a cabin modernization program featuring new seats, seatback entertainment systems with free entertainment, free mobile messaging, high-capacity overhead bins, access to Wi-Fi on nearly all flights, free Main Cabin meals on select flights, upgraded Main Cabin snacks, an Alessi-designed collection of serviceware, Westin Heavenly® In-Flight Bedding, noise-canceling LSTN headphones and more.

Since 2009, Delta has been the fastest-growing carrier at LAX and recently relocated to Terminals 2 and 3, the first step in its $1.9 billion plan to modernize, upgrade and connect Terminals 2, 3 and the Tom Bradley International Terminal to create the Delta Sky Way at LAX. In April, the airline launched daily nonstop service to Washington–Reagan Airport – becoming the only airline to offer flat-bed seats in the front cabin on that route – and Delta’s joint venture partner Virgin Australia began service five days per week to Melbourne on a Boeing 777-300ER. Virgin Atlantic launched a third daily round-trip flight on a Boeing 787-9 Dreamliner between LAX and London-Heathrow this summer. In December, Delta will launch direct service from LAX to Mexico City, followed by new service to Amsterdam and Paris from LAX in 2018. Delta offers more premium cabin seating from LAX and more on-demand entertainment than any other airline serving Los Angeles, with free entertainment through Delta Studio in all cabins of service on all Delta flights from LAX; Wi-Fi is available on every domestic flight and all long-haul international flights. 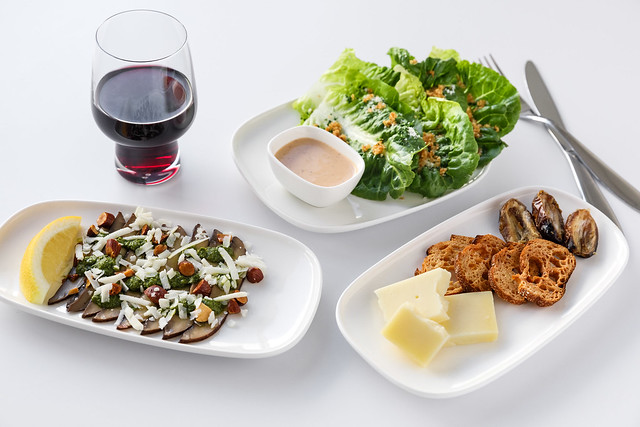