Committed to hiring those who served

Delta is committed to supporting its more than 10,000 employee veterans and active personnel as the airline continues to pursue hiring strategies to attract veterans.

Delta News Hub: What is Delta’s strategy for hiring veterans?

A: Delta is committed to hiring veterans, and we monitor our results on a quarterly basis to ensure we are meeting our goals and holding ourselves accountable. We train and educate our recruiters on the skills and qualifications veterans bring to the table. From a strategy standpoint, we market ourselves through a variety of channels to find veterans – we want to make sure we give veterans every opportunity to compete for positions here at Delta.

Veteran self-disclosure is a critical action to support our overall hiring strategy. Veterans should see their status as a positive. If a veteran self-discloses in the application process, our systems can recognize them as such and apply the level of priority consideration that comes only behind our employees and employee referrals. Consider it like a fast pass at Disney – they are able to move to the front of the line, which is an effective way to help veterans compete for the job. This is simply another confirmation of Delta’s commitment to hiring veterans.

DNH: Why was it important for Delta to become involved in programs such as the 100,000 Jobs Mission?

A: Delta was an early adopter of the 100,000 Jobs Mission and has been heavily involved in the coalition. The 100K Jobs Mission was an opportunity for us to participate in something larger than ourselves. While Delta has other partnerships, we saw this as a noble mission and felt like it could gain some traction – and it has exceeded those expectations.

There are numerous hiring organizations out there, but the difference with them is pure intent versus profit. The 100K Jobs Mission was clearly an organization founded on pure intent to help veterans and their families find jobs and successfully transition to civilian life. As of June 30, 2015, the coalition has hired more than 260,000 veterans since 2011, exceeding their original seven year goal of 100,000 veteran hires. With the help of a growing group of companies, the organization has now lifted the bar and raised its initial target to 300,000 hires by 2020. In fact, because of the huge success of the mission, the 100K Jobs Mission has recently changed its name to Veterans Jobs Mission.

DNN: What are some of Delta’s other corporate initiatives that support veterans?

A: In addition to our Veterans Jobs Mission partnership, Delta has a number of partnerships in place to support our veteran recruitment efforts. We partner with the U.S. Chamber of Commerce and Department of Defense-sponsored "Hiring for Heroes" events at bases throughout the South and Northeast as well as on-base transition centers. We also attend military bases and transitioning military job fairs, along with attending and sponsoring military conferences.

Earlier this year, Delta participated in the Moody Air Force Base’s job fair in Valdosta, which brought together employers who want to hire veterans and military veterans, retirees, and active-duty military returning to civilian life. We also participated in VETLANTA’s Homeless Veteran Initiative meeting and job fair. Employers including Delta came together in this event to feed homeless veterans in Atlanta dinner and engage with them on our open jobs.

Additionally, in 2015 we hosted five Local Veteran Employer Representatives (LVERS) from the U.S. Department of Labor and the State Department of Labor at Delta’s General Offices in Atlanta. These LVERs spent the day on campus and toured the Admin Building, Operations and Customer Center, Flight Operations, Technical Operations and enjoyed lunch at the Woolman Café.  The LVERS also had a chance to meet Captain Jim Graham, Vice President – Flight Ops and Chief Pilot, in TechOps during the tour. Delta hosted the LVERs to create closer ties to the veterans seeking jobs in the community.

As we continue to participate in events across the nation, we hope to reach a broader audience and educate veterans on the benefits of our job opportunities here at Delta.

A: The core values expressed in our Rules of the Road here at Delta translate seamlessly to military veterans. Honesty, integrity, respect, perseverance and servant leadership align closely to the embedded values that are reinforced in our military branches. There’s a saying used by officers in the U.S. Marine Corps that states “officers eat last.” That saying is a true reflection of how Delta would define servant leadership – putting other’s needs, goals, aspirations and efforts before your own.

DNN: As a company, why is it important for Delta to support veterans?

A: Simply put, it’s the right thing to do. Veterans have exceptional training and are highly skilled. With 250,000 service members exiting the military each year, it only makes sense that we tap into this ongoing source of highly-trained people. Currently, we employ more than 10,000 veterans and more than half of our current pilots are veterans of the U.S. Armed Forces. These numbers are growing and now as part of the Veterans Jobs Mission along with our total effort, we are on track to hire between 800 and 1,000 veterans per year.

DNN: Can you explain the importance of the veterans section on Delta’s career website?

A: The veterans section on Delta’s career website affirms Delta’s commitment to military hiring and talks about our partnership with the Veterans Jobs Mission program. In addition, there are employee testimonials, a guide to upcoming military recruitment events and a link to our current open positions – but this is just the beginning. On the horizons is a Military Skills Translator; which will assist veterans with matching their military skills to our open positions. The cool thing about our veteran’s page is how we highlight employees from across the system in a variety of positions. We are truly a veteran-friendly company and we want people to know that – having 10,000 out of 80,000 employees is a pretty significant percentage. 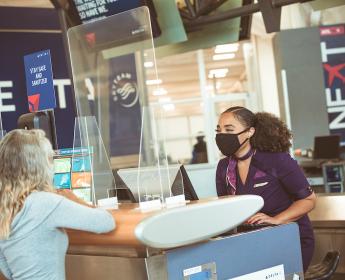 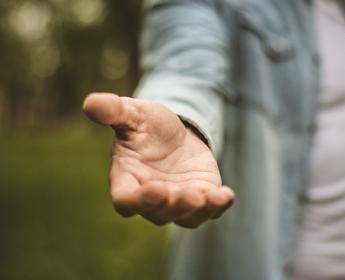