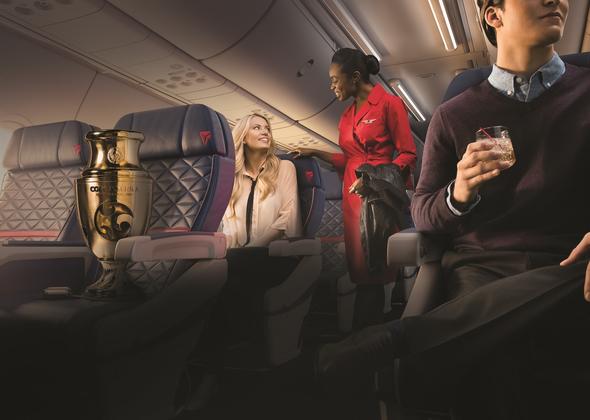 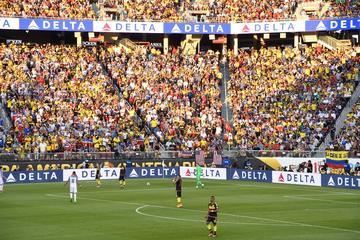 Starting this afternoon, Delta Charter planes will be transporting the remaining four Copa America Centenario teams. Two of them will face off for the coveted trophy and the other two will fight to take home third place in the tournament.

After last night’s Argentine victory 4-0 over the U.S. team, the winners are departing tomorrow at 5 p.m. from Houston’s Hobby Airport heading to Newark, N.J., to prepare for the final face-off on Sunday at MetLife Stadium. Meanwhile, the U.S. team heads to Phoenix at 3 p.m. today for their shot at No. 3.  The remaining teams will fly out on Thursday.

The Argentine team is hoping to win their 15th victory in the history of the tournament against the winner from tonight’s game between Chile and Colombia. Uruguay is the current tournament record holder with 15 titles. 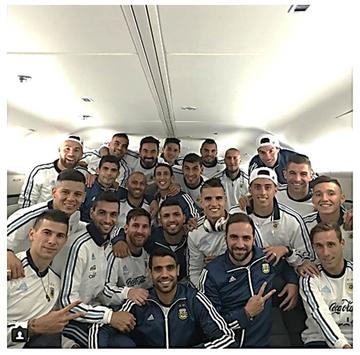 Delta Charter planes have been flying the teams to 10 U.S. cities since the opening of the tournament on June 3, providing them a first-class experience on board recently reconfigured Boeing 757-200 aircraft. The teams enjoyed a 72-seat VIP layout with tables and swivel chairs, as well as special in-flight meals to accommodate their athletic dietary needs. The flight crew served roughly 400 breakfasts, 1,900 lunches and 800 dinners.

This is the first time that Copa America is being played outside of Latin America and the first time Delta Charter planes flew the 16 teams as they made their way from game to game in the United States.