Gustavo L. was 8 months old when his family left Cuba as Fidel Castro’s regime was consolidating its recently won power.

Today, 56 years later, Gus, an Atlanta-based Delta captain, becomes one of the airline’s first pilots to return to Cuba. He is flying from Atlanta to Havana, one of three Delta flights between the U.S. and the Cuban capital.

It will be his first time in his native land since 1960 and, speaking in an interview this week, he said he was expecting an emotional day.

“Being one of the first pilots to go back to Cuba is very important to me,” said Gus, noting that Delta left Cuba nearly the same time he did – the airline ended regular service in 1961. “It’s a homecoming for me of sorts and also a homecoming for Delta. We’re returning together.” 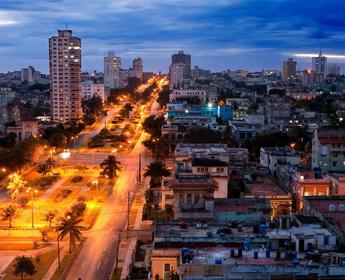