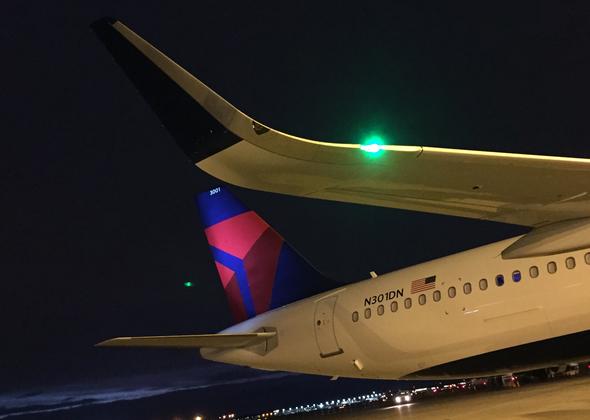 MINNEAPOLIS-ST. PAUL - Ship 3001, Delta’s first Airbus A321, arrived at the airline's hub here late Thursday night after spending a long day hopping from Germany to Iceland to Canada and finally to the U.S. on its delivery flight.

Unlike a typical trans-Atlantic journey, Flight 9970 faced a challenge: This aircraft type is configured for flying domestically, not over large bodies of water like the Atlantic Ocean. But Delta had a plan. 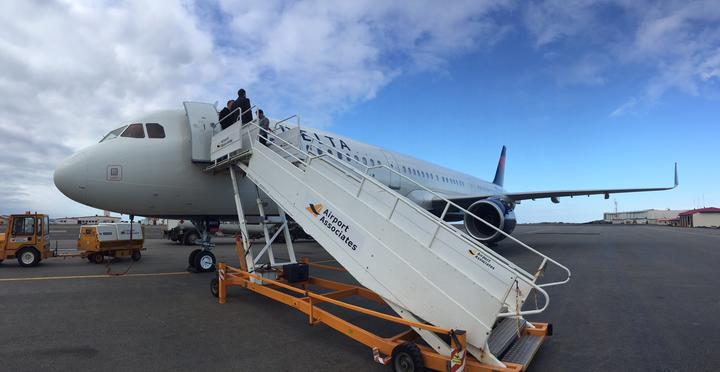 At Delta’s Operations and Customer Center in Atlanta, flight dispatchers, who chart each flight plan and monitor conditions, were watching that plan on screen as the new A321 made its way to Minneapolis.

Flight dispatcher Jim Jaroszewski explained that his main responsibility was to keep a lookout ahead of the aircraft and pass along any information that could require the flight to delay or divert. To do that, flight dispatchers typically use high frequency radios or satellite communications.

However, the A321 isn’t equipped with high-frequency radios that can communicate across oceans. 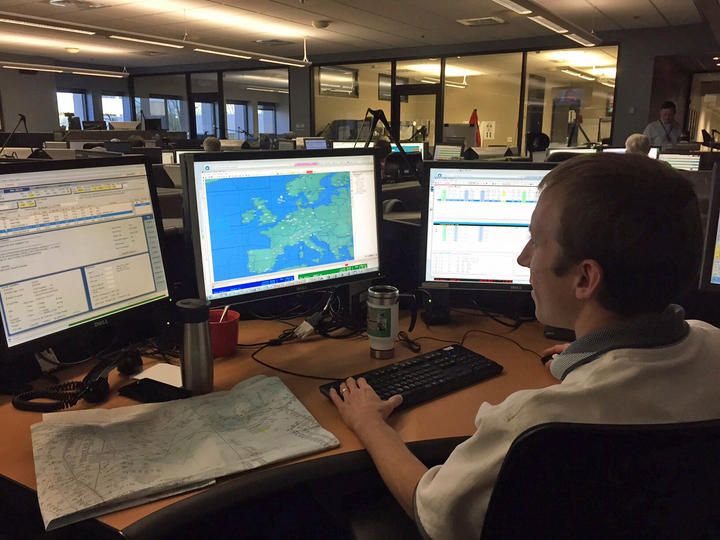 Instead, voice communication with the aircraft is reliant on the shorter range radio band VHF, or very high frequency. Because of its limited range, the A321 needed to fly a path near other VHF stations, which could transmit radio signals between the crew and the dispatchers. That path – over the U.K., Iceland, Greenland, northern Canada and back south to the U.S – is known as the "Blue Spruce" route.

“What would be most economical would be flying from point A to point B across the ocean, but then airplane would have no way to communicate,” Jaroszewski said.

Flight 9970 departed at about 7 a.m. ET from Hamburg, Germany’s Finkenwerder Airport for its 15-hour trans-Atlantic crossing.

The aircraft touched down without incident around noon ET at Keflavik Airport near Reykjavik, Iceland, after a smooth flight against beautiful blue skies. The Delta team used the time in the air to break in the In-Flight Entertainment system, seats, galleys and other cabin components during the three-hour flight. Ship 3001 next arrived at Goose Bay in Labrador, Canada, at about 4 p.m. ET. to fuel up for the final four-hour leg of its journey.

To meet regulatory requirements, Flight 9970 picked up two additional crew members in Iceland who would fly the final leg from Canada to Minneapolis. Veteran Captains Dave Vorgias and Pat Haake were at the controls for the first two flight segments.

The A321 arrived in Minneapolis around 9 p.m. ET to a congratulations message from Delta inbound radio personnel.

Previously: A321 earns rave reviews for its first customer test flight. And take a peek at the A321's interior as configured for Delta. 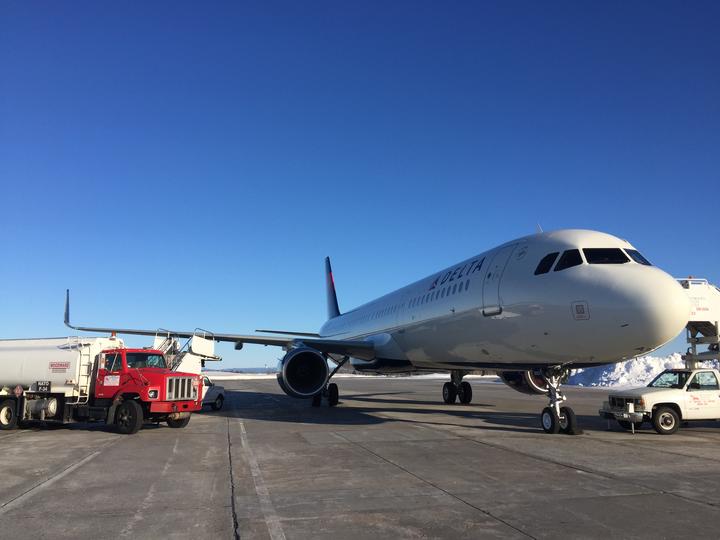