Next on the 747 farewell tour, Delta Ship 6314 made its way from Seattle to Atlanta where employees and customers who redeemed significant amounts of SkyMiles for a ride celebrated and shared their favorite memories about flying with the Queen of the Skies.

"It's a very special occasion, especially for me, because I feel like I grew up on this airplane," said Julie Duncan a SEA based Flight Attendant who also flew with Northwest Airlines prior to the 2008 merger.  "I started when I was 25 years old in about 1971 and this aircraft was ordered in 1970, so it had only been one year since Northwest had this airplane."

The tour was scheduled to make stops in Detroit, Seattle, Atlanta and Minneapolis for hangar parties, where Delta people can mingle and reminisce on the end of an area for the towering 747, with a tail height equivalent to a six-story building. ​

View the photo gallery below for more photos from the tour: 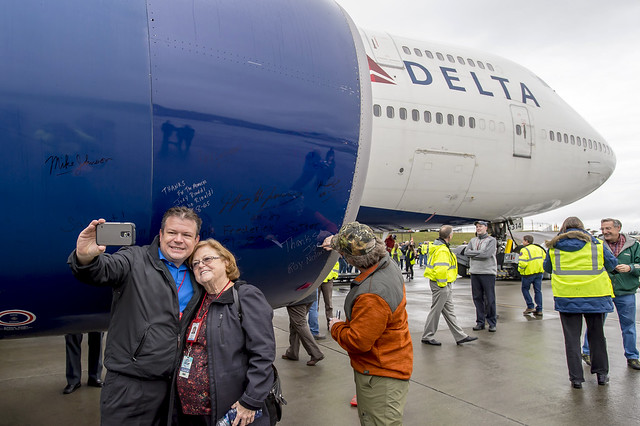 Click here to watch footage and hear sound bites from the events.