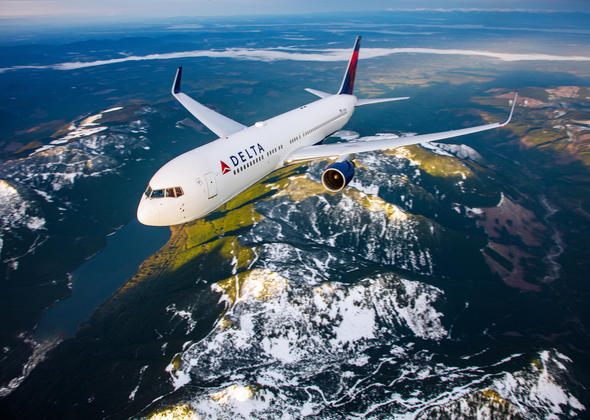 “As Seattle’s global airline, Delta offers service to the top destinations throughout Asia, and additional access to Japan is important for our Seattle customers as well as the business community throughout Washington state and beyond,” said Tony Gonchar, Delta’s Vice President — Seattle. “We’re pleased to offer another key business destination with our new nonstop Osaka service from Seattle.”

Delta will fly the new route with one of the airline’s Boeing 767-300ER equipped with 25 fully flat-bed seats in Delta One, 29 seats Delta Comfort+ and 171 seats in the Main Cabin. Every seat has access to Wi-Fi, free personal in-flight seatback entertainment screens and power ports. Meals, created in partnership with Delta’s Michelin two-star consulting chef Norio Ueno will be featured in all cabins of service.

Schedule details will be released at a later date. Delta today at Osaka offers daily service to Honolulu, making Seattle its second nonstop U.S. destination from the Japanese city.

Delta has made the difficult business decision to cease Seattle-Hong Kong service, with the last flight out of Hong Kong on Oct. 4. Delta will continue to serve Hong Kong from Seattle via Seoul-ICN, with its joint venture partner Korean Air.

“Delta continues to make significant investments in the Puget Sound region and remains Seattle’s No. 1 global carrier,” said Gonchar. “We look forward to serving our customers this summer as we operate our busiest schedule yet at our Seattle hub with more than 170 peak-day departures to more than 50 destinations.”

Delta continues to grow its overall presence in Seattle, with a 10 percent increase in peak-day seats at its Seattle hub for summer 2018, driven by the addition of three new domestic destinations as well as more flights and larger aircraft operating between existing routes. The airline will operate 174 peak-day departures to 54 destinations in July 2018, an increase of 11 departures compared with summer 2017 and 96 departures over summer 2014.