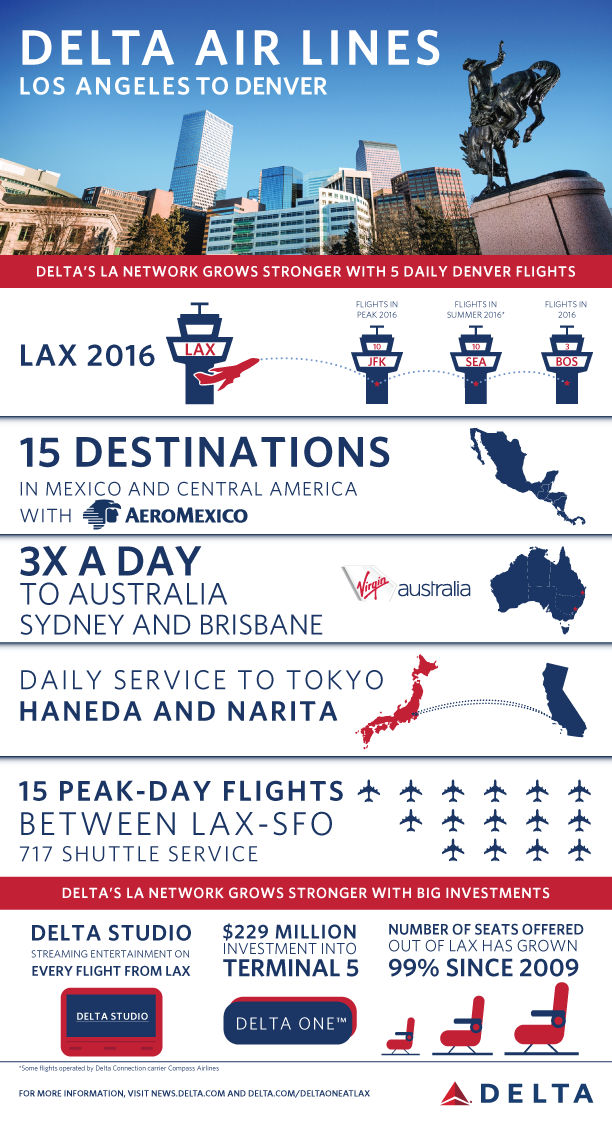 Delta’s Denver service will provide one-stop connecting service to several key international destinations through LAX, including Sydney and Brisbane through Delta’s partnership with Virgin Australia as well as Tokyo-Haneda. The service will also complement Delta’s recent growth in Los Angeles, which includes the launch of nonstop service to Shanghai. In 2016, Delta will begin operating Boeing 717 aircraft on all Delta Shuttle flights between Los Angeles and San Francisco, increase to 10 daily flights to both New York-JFK and Seattle and add a third daily flight to Boston. Delta’s seat growth in Los Angeles has grown more than 99 percent since 2009, the most of any carrier.

“We are relentless in our pursuit of becoming the airline of choice for Angelenos, and Denver is a key addition to our growing portfolio on the West Coast,” said Ranjan Goswami, Delta’s Vice President – Sales-West. “With five daily flights and our recent investments in T5, Delta has a very competitive offering for customers traveling between L.A. and Denver.” 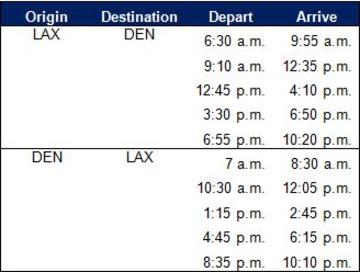 Delta operates 160 peak-day departures to 60 destinations from Los Angeles and recently completed a $229-million facilities enhancement of Terminal 5 at LAX that features a newly remodeled Delta Sky Club, a renovated Sky Priority lobby, and a brand new premium check-in experience, Delta ONE at LAX. For more information on Delta ONE at LAX, visit www.delta.com/deltaoneatlax.