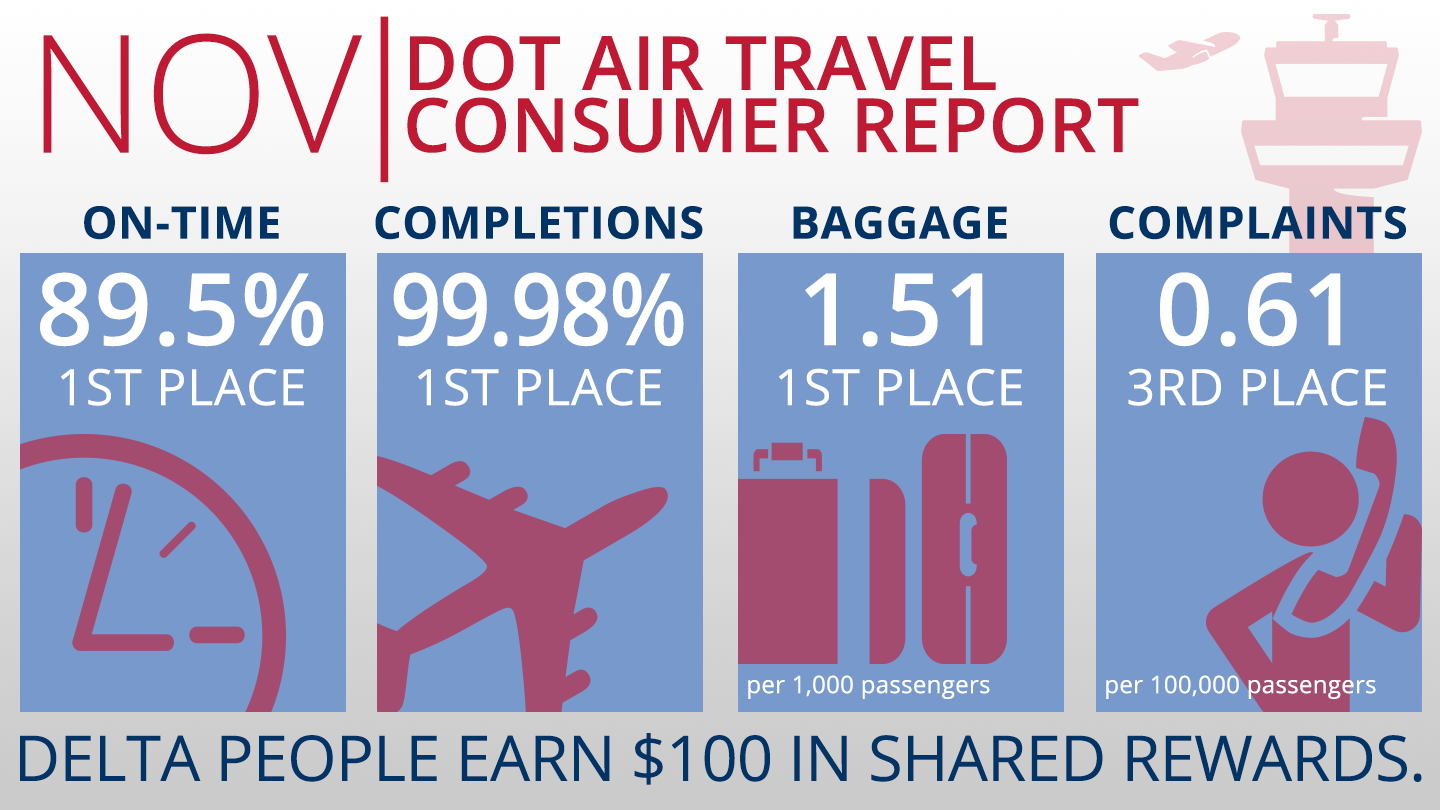 The Department of Transportation’s November Air Travel Consumer Report is out today and again shows Delta among the top of the industry in several operational performance metrics.

November’s 89.5 percent on-time performance put Delta in the second place spot among the 13 carriers that report to the DOT finishing a solid four points ahead of third place finisher Alaska Airlines. Hawaiian Airlines, with flying operations generally shielded from the impacts of weather seen on the mainland, topped the list.

Delta’s 99.98 percent completion factor performance for the month—a measure of flights flown that were scheduled—bested the industry. Delta canceled just 14 mainline flights of 72,228 scheduled operations, per the DOT.

The airline’s mishandled baggage rate of 1.51 per 1,000 enplaned passengers was the lowest among large network carriers and second only to much smaller Virgin America which flew roughly 600,000 customers compared to Delta’s nearly 10 million in November.

Eligible employees will earn a $100 bonus for the results.