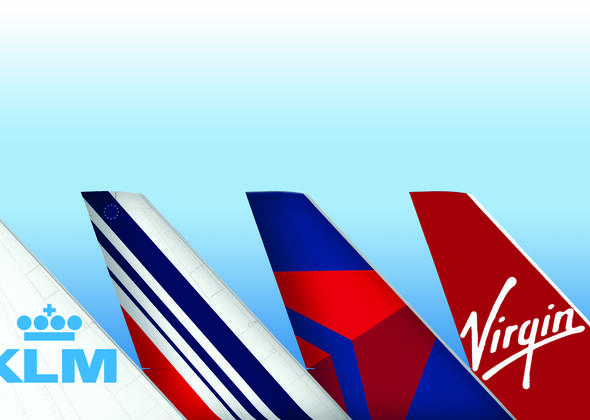 The airlines’ expanded joint venture will become the preferred choice for customers travelling across the Atlantic offering the most comprehensive route network, convenient flight schedules, competitive fares and reciprocal frequent flyer benefits, including the ability to earn and redeem miles across all carriers. Customers will also benefit from the co-location of facilities at key hub airports to improve connectivity and access to each carrier’s airport lounges for premium passengers.

The signed agreements are all subject to regulatory approvals.

A global airline group with a strong European base, Air France-KLM’s main areas of business are passenger transport, cargo transport and aeronautical maintenance.

Air France-KLM is the leading Group in terms of international traffic on departure from Europe. In 2018, it offers its customers access to a network covering 314 destinations in 116 countries thanks to its five brands Air France, KLM Royal Dutch Airlines, Joon, Transavia and HOP! Air France. With a fleet of 537 aircraft in operation and 98.7 million passengers carried in 2017, Air France-KLM operates up to 2,300 daily flights, mainly from its hubs at Paris-Charles de Gaulle and Amsterdam-Schiphol.

Its Flying Blue frequent flyer programme is one of the leaders in Europe with over 15 million members.

Air France-KLM and its partners Delta Air Lines and Alitalia operate the biggest trans-Atlantic joint-venture with over 270 daily flights.

Air France-KLM is also a member of the SkyTeam alliance which has 20 member airlines, offering customers access to a global network of over 16,600 daily flights to more than 1,070 destinations in 177 countries.

Virgin Atlantic was founded by entrepreneur Sir Richard Branson 34 years ago with innovation and customer service at its core. Today Virgin Atlantic carries 5.5 million customers annually, and was recently named the UK’s favourite long haul carrier by Skytrax, Best Transatlantic Airline at the British Travel Awards 2017 and one of the Top 5 Airlines in the World by Airline Ratings. Headquartered in London, Virgin Atlantic employs over 10,000 people worldwide and operates a fleet of 47 aircraft serving 25 destinations across four continents. Alongside joint venture partner Delta Air Lines they operate a leading trans-Atlantic network — offering up to 38 flights per day between the U.K. and U.S. with onward connections to over 200 U.S. and international cities. In 2019 Virgin Atlantic will take delivery of their first Airbus A350-1000 aircraft — helping to transform the fleet into one of the quietest and most fuel efficient in the sky.