“Our powerful brand and competitive strengths drove another quarter of great results for our people, customers and owners. Our people bring our brand to life on every flight and I’m pleased to recognize their outstanding efforts with over $1 billion in profit sharing accrued so far this year,” said Ed Bastian, Delta’s Chief Executive Officer. “Demand for the Delta product remains healthy, positioning the company for a strong close to 2019 with expectations for more than 20% earnings growth, over $4 billion in free cash flow and a 5th year of pre-tax earnings over $5 billion.”

For the December quarter, Delta expects to deliver solid top-line growth and operating margin expansion.  Year-over-year pre-tax margin is impacted by the one-time $91 million gain from the sale of the DAL Global Services business in the December 2018 quarter.

Delta’s adjusted operating revenue of $12.6 billion for the September quarter improved 6.5 percent, $771 million higher than prior year quarter. This revenue result marks a quarterly record for the company, driven by improvements across Delta’s business, including a nine percent increase in premium product ticket revenue and strong percentage increases in loyalty and third-party maintenance revenue.  Cargo revenue during the quarter declined 17 percent driven by lower volumes and yield.  Other revenue increased by $30 million as growth in loyalty and third-party maintenance was offset by $102 million lower third-party refinery sales. Premium products and non-ticket sources now comprise 52 percent of Delta’s total revenue.

“With our outstanding operations and unmatched service, more customers are choosing to fly Delta every day.  Increased customer satisfaction is driving solid top-line performance -- September quarter revenues grew to a record $12.6 billion and we expect December quarter revenues to grow more than five percent versus prior year,” said Glen Hauenstein, Delta’s President. “Strong demand and our customer-focused commercial initiatives are putting us on track to achieve a $3 billion increase in revenues this year, a pace of growth well in excess of GDP.”

Total adjusted operating expense for the September quarter increased $345 million versus the prior year quarter, with 35% due to higher profit sharing expense.  CASM-Ex was up 2.4 percent for the September quarter compared to the prior year quarter.  This performance was driven by employee costs, record passenger volumes and the compounding effect of weather on the operation.

Adjusted non-operating expense for the quarter was $65 million higher versus the prior year quarter, driven primarily by pension headwind.

“We are making important investments in our people and facilities to drive sustainable growth in our business.  Unit cost performance in 2019 of approximately two percent is consistent with our long-term target,” said Paul Jacobson, Delta’s Chief Financial Officer.

For the September quarter, Delta returned $468 million to shareholders, comprised of $208 million of share repurchases and $260 million in dividends.

The Board of Directors has declared Delta's 26th consecutive quarterly dividend. The dividend of $0.4025 per share will be payable to shareholders of record as of the close of business on October 24, 2019, to be paid on November 14, 2019.

On September 26, 2019, Delta announced plans to enter into a strategic partnership with LATAM Airlines.  Subject to customary conditions including regulatory approval, the company will invest $1.9 billion for up to 20 percent of the common shares of LATAM through a public tender offer at $16 per share, to be funded with newly issued debt and available cash.  In addition, Delta will invest $350 million to support the establishment of the strategic partnership, $150 million of which was paid in the September quarter.  Delta will also acquire four A350 aircraft from LATAM, and has agreed to assume LATAM’s commitment to purchase 10 additional A350 aircraft.

Delta Air Lines (NYSE: DAL) is the U.S. global airline leader in products, services, innovation, reliability and customer experience. Powered by its 80,000 people around the world, Delta continues to invest billions in its people, delivering a world-class travel experience and generating industry-leading shareholder returns. With its constant drive to invest, innovate and expand, Delta today is the world’s No. 1 airline by total revenues.

Additional information concerning risks and uncertainties that could cause differences between actual results and forward-looking statements is contained in our Securities and Exchange Commission filings, including our Annual Report on Form 10-K for the fiscal year ended December 31, 2018.  Caution should be taken not to place undue reliance on our forward-looking statements, which represent our views only as of October 10, 2019, and which we have no current intention to update. 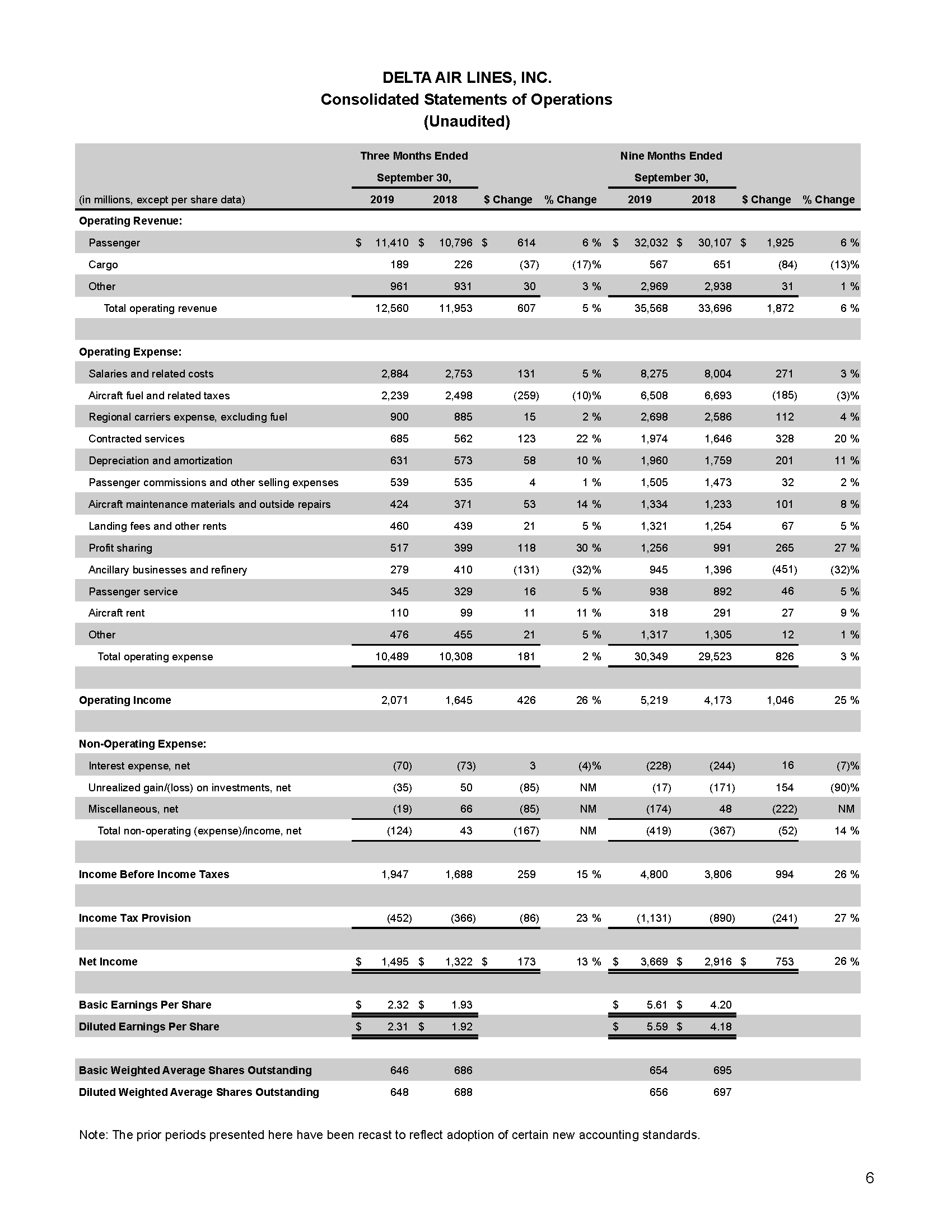 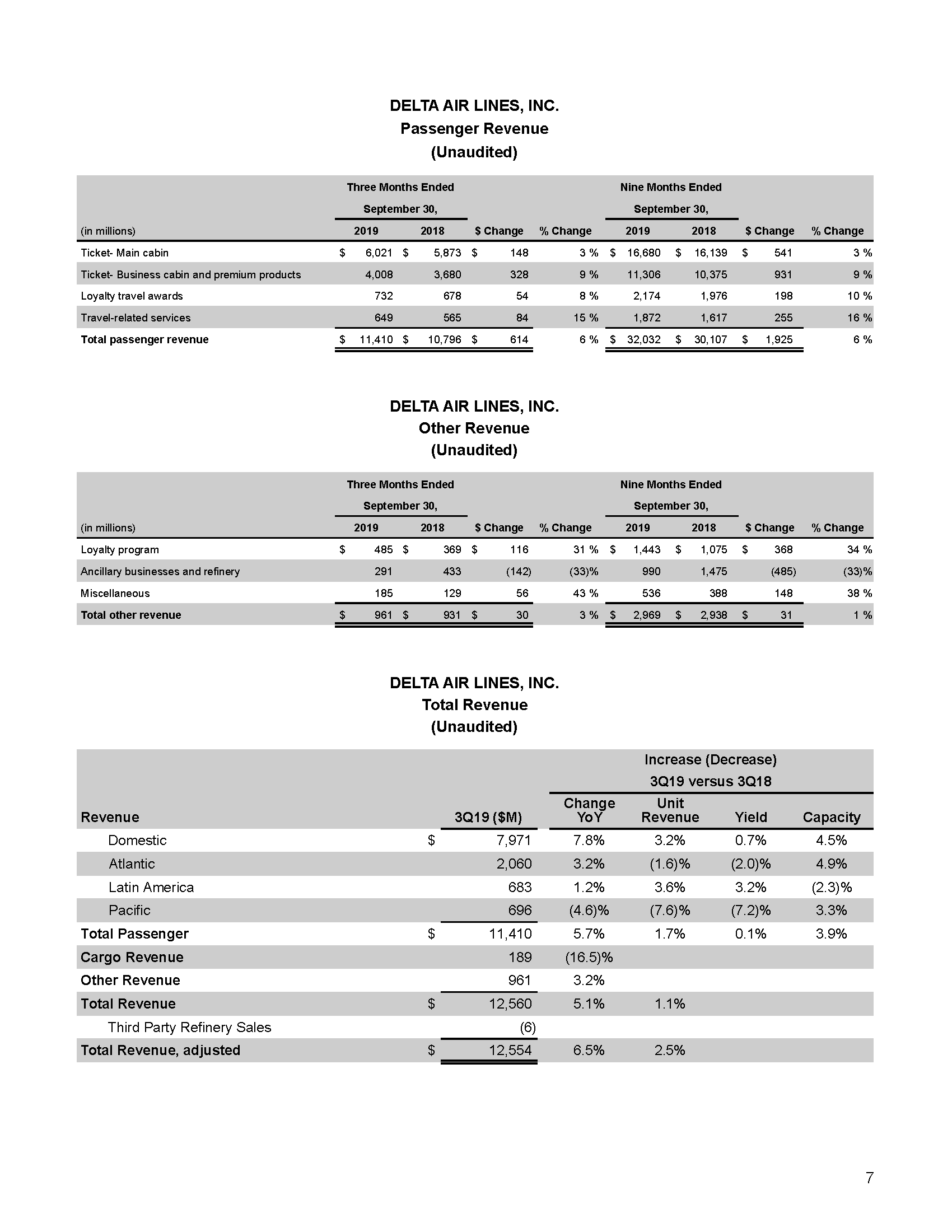 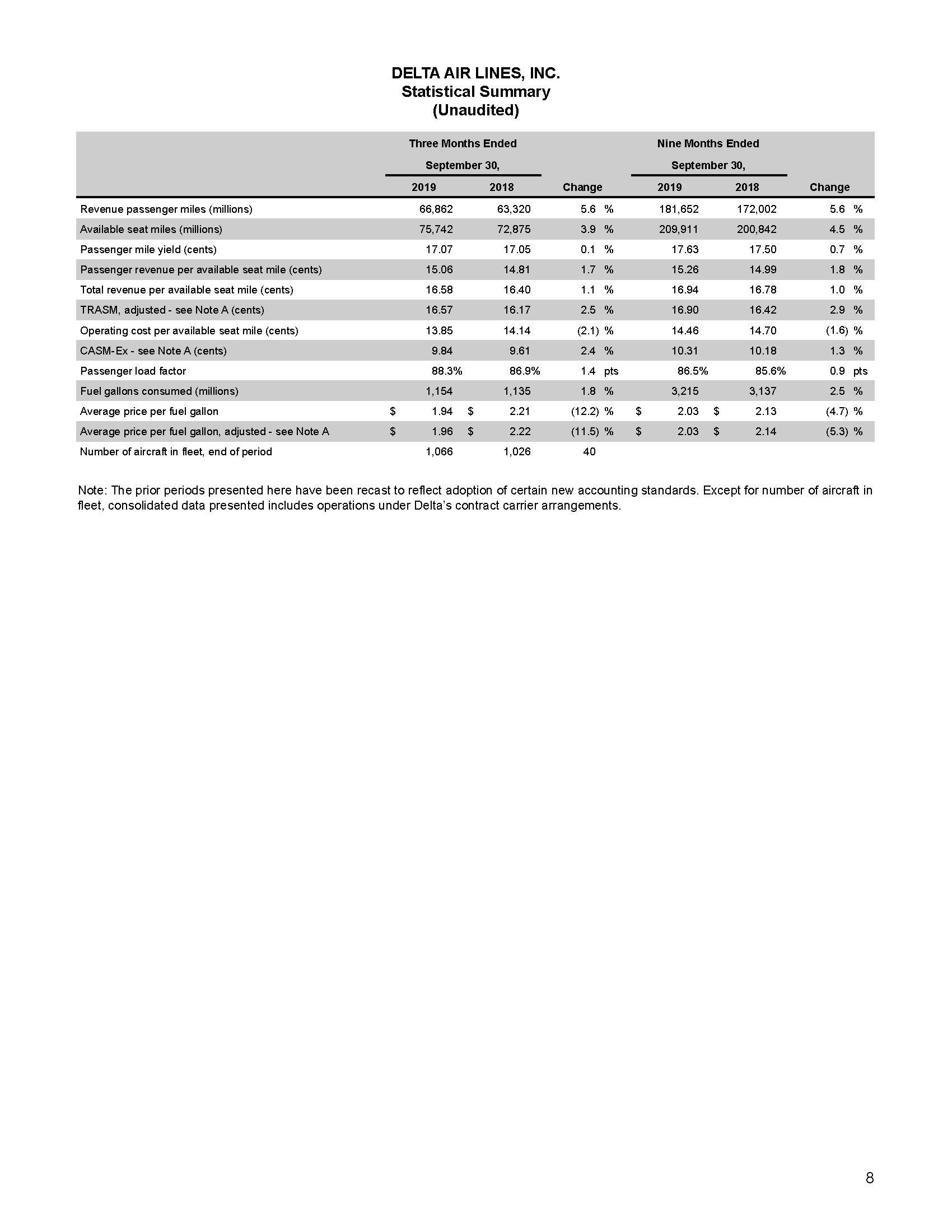 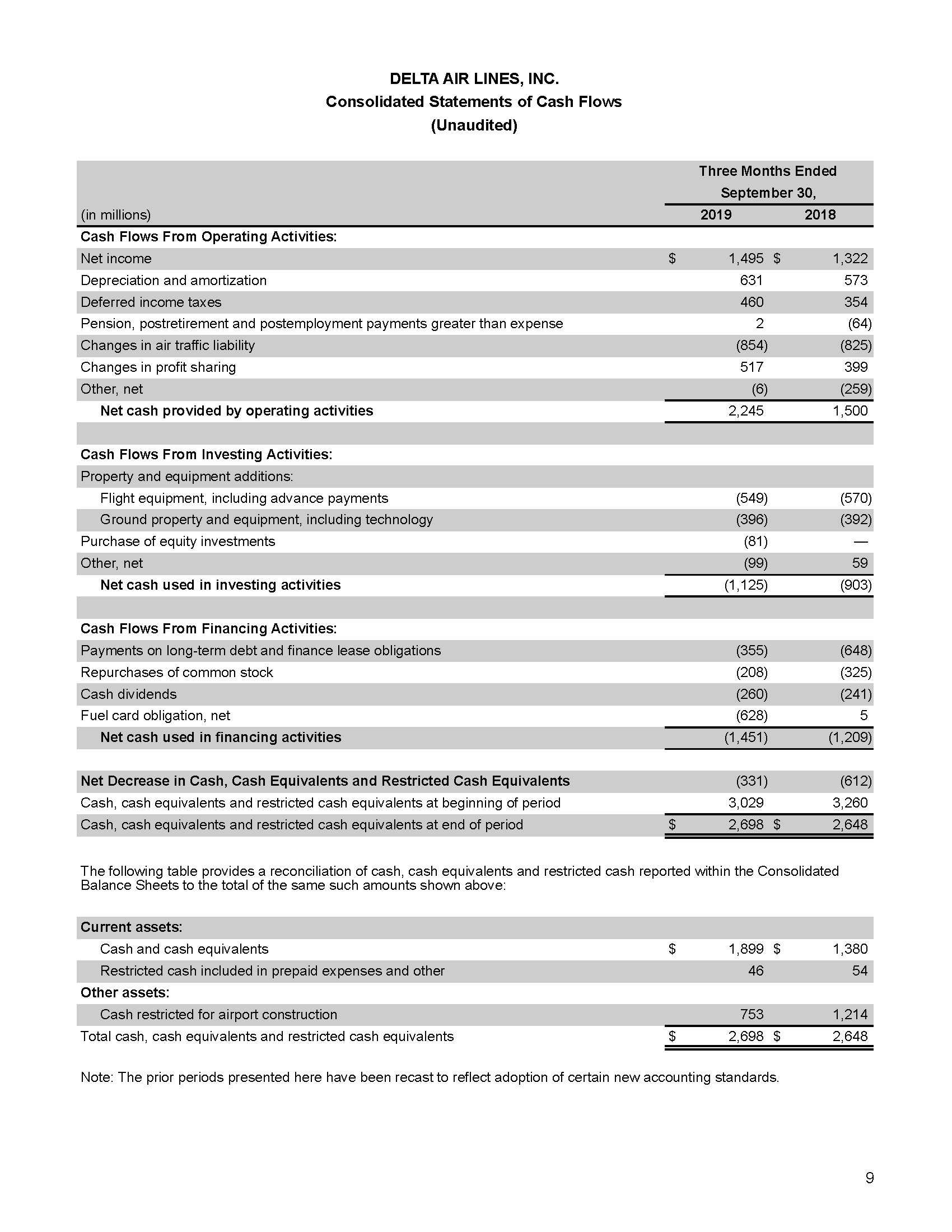 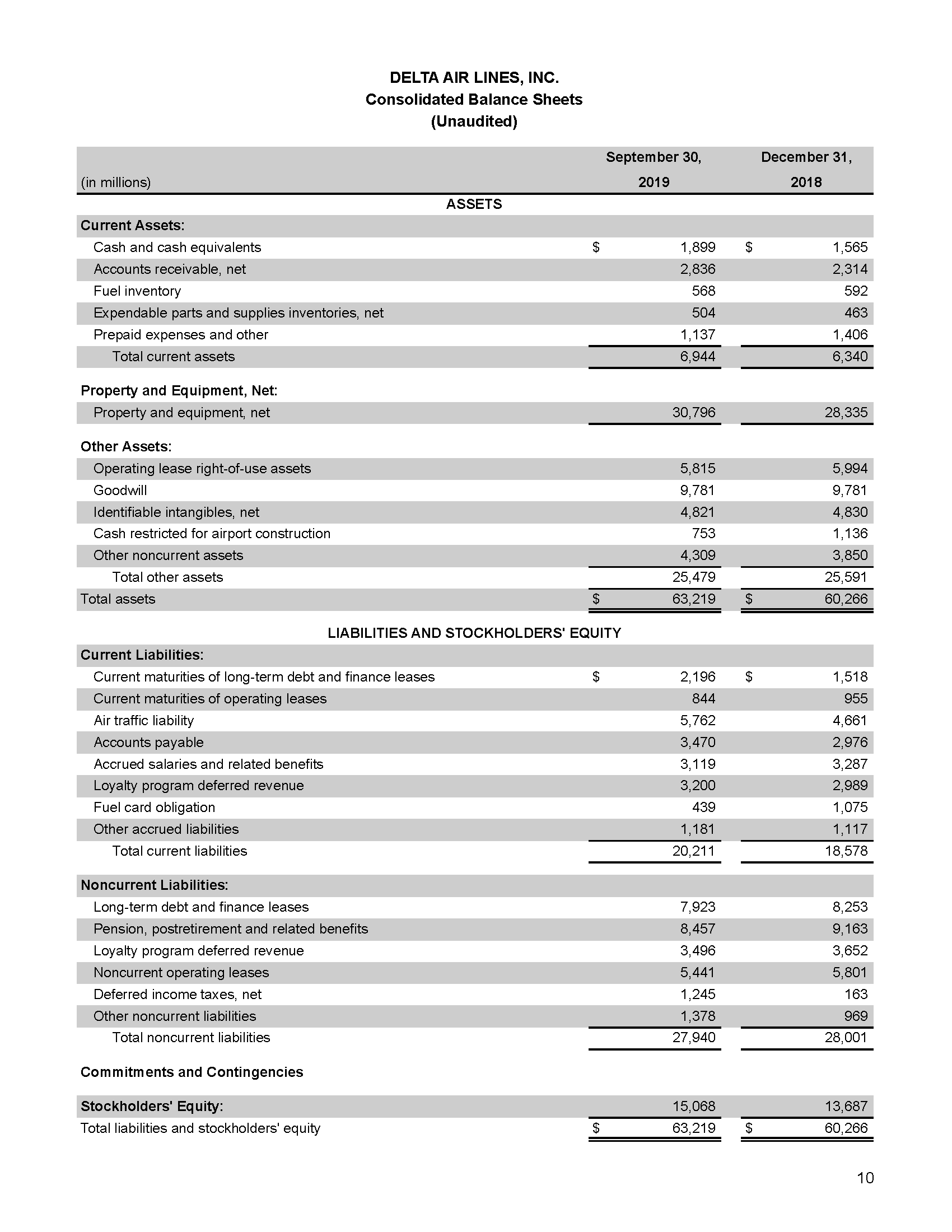 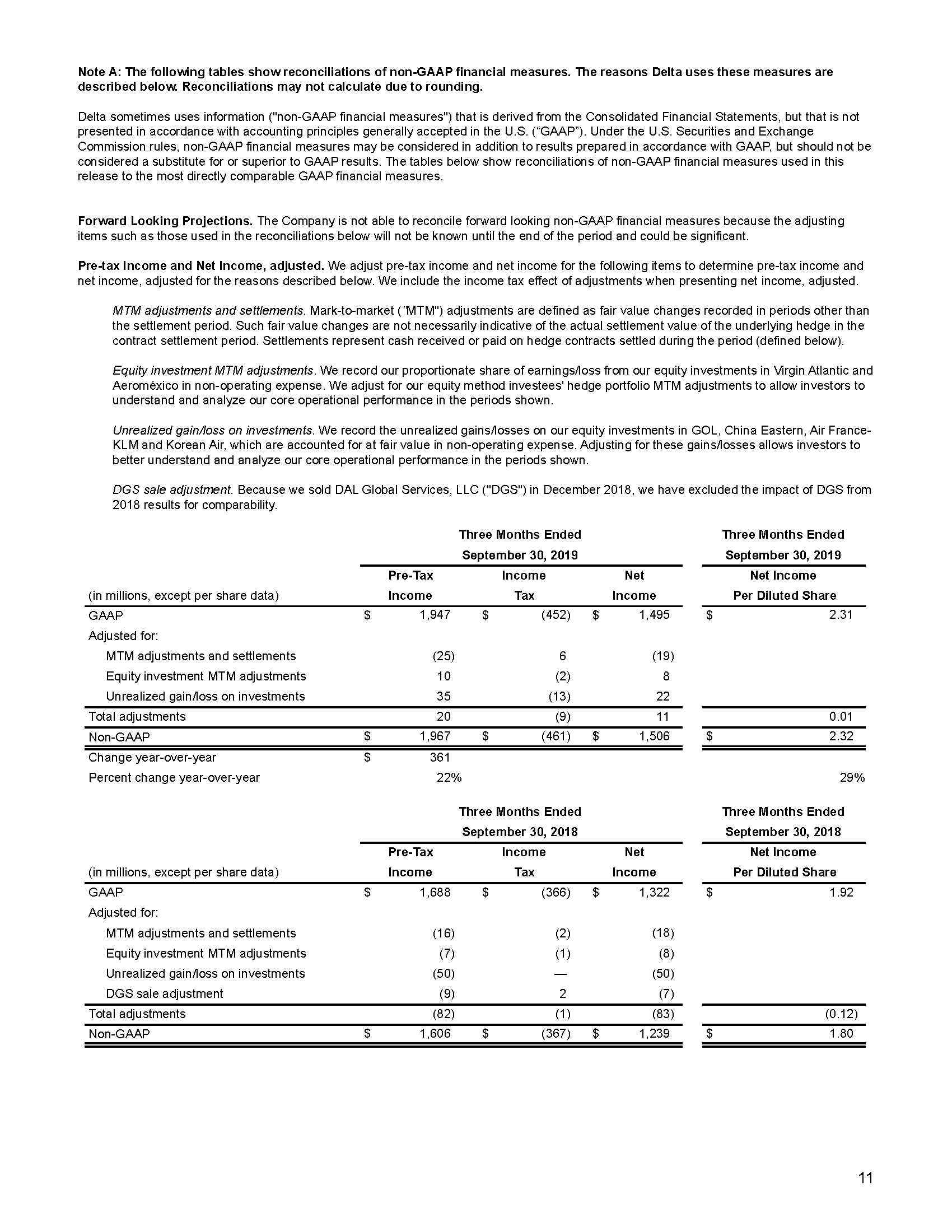 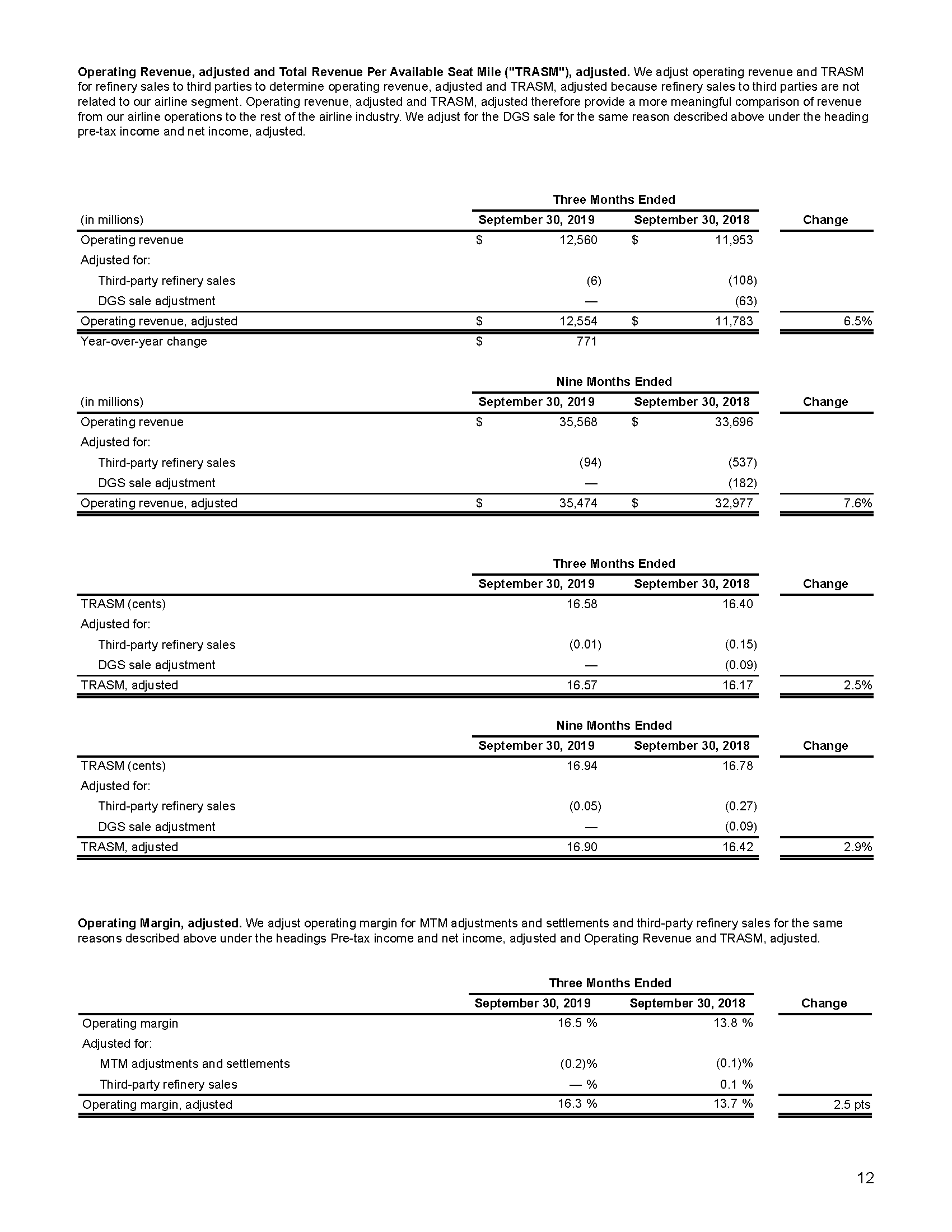 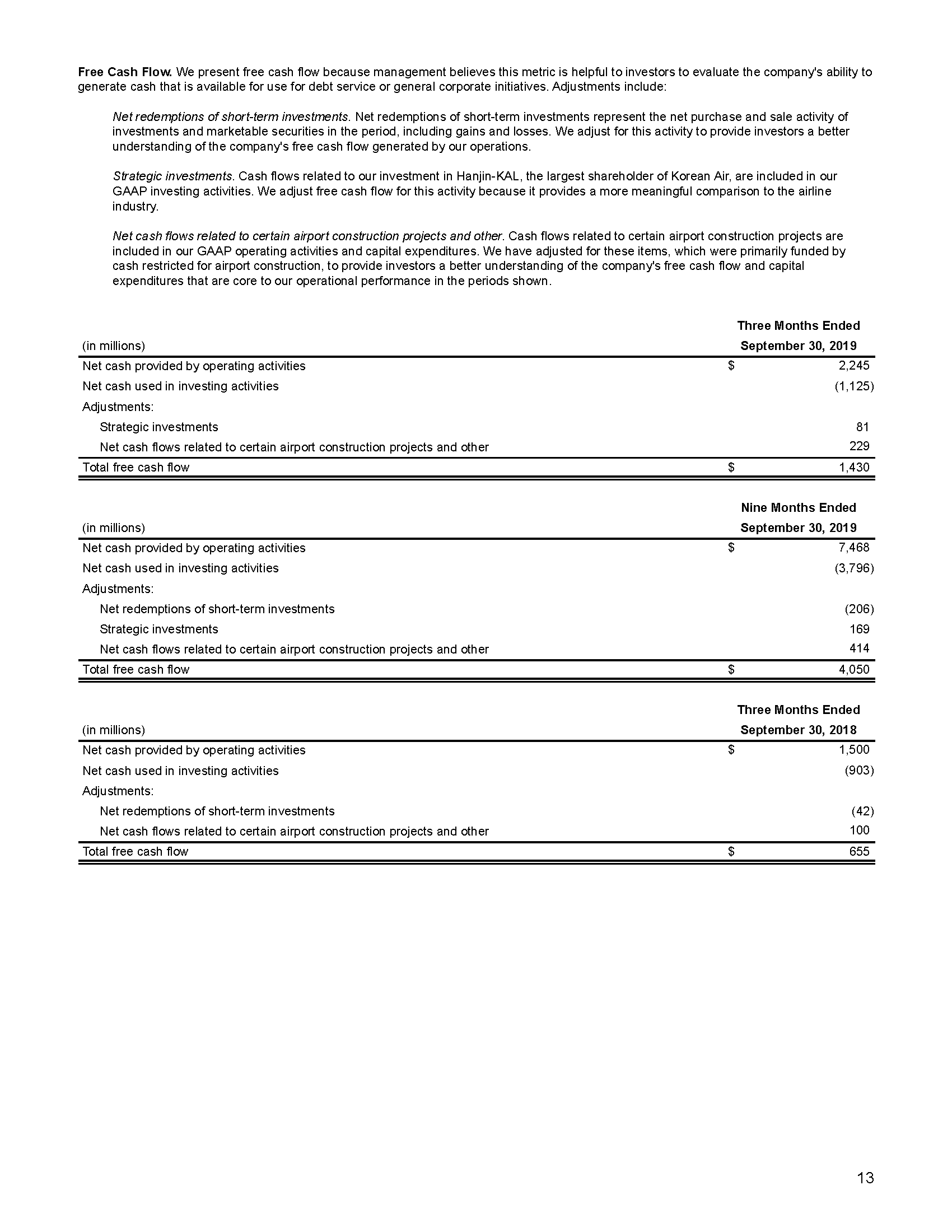 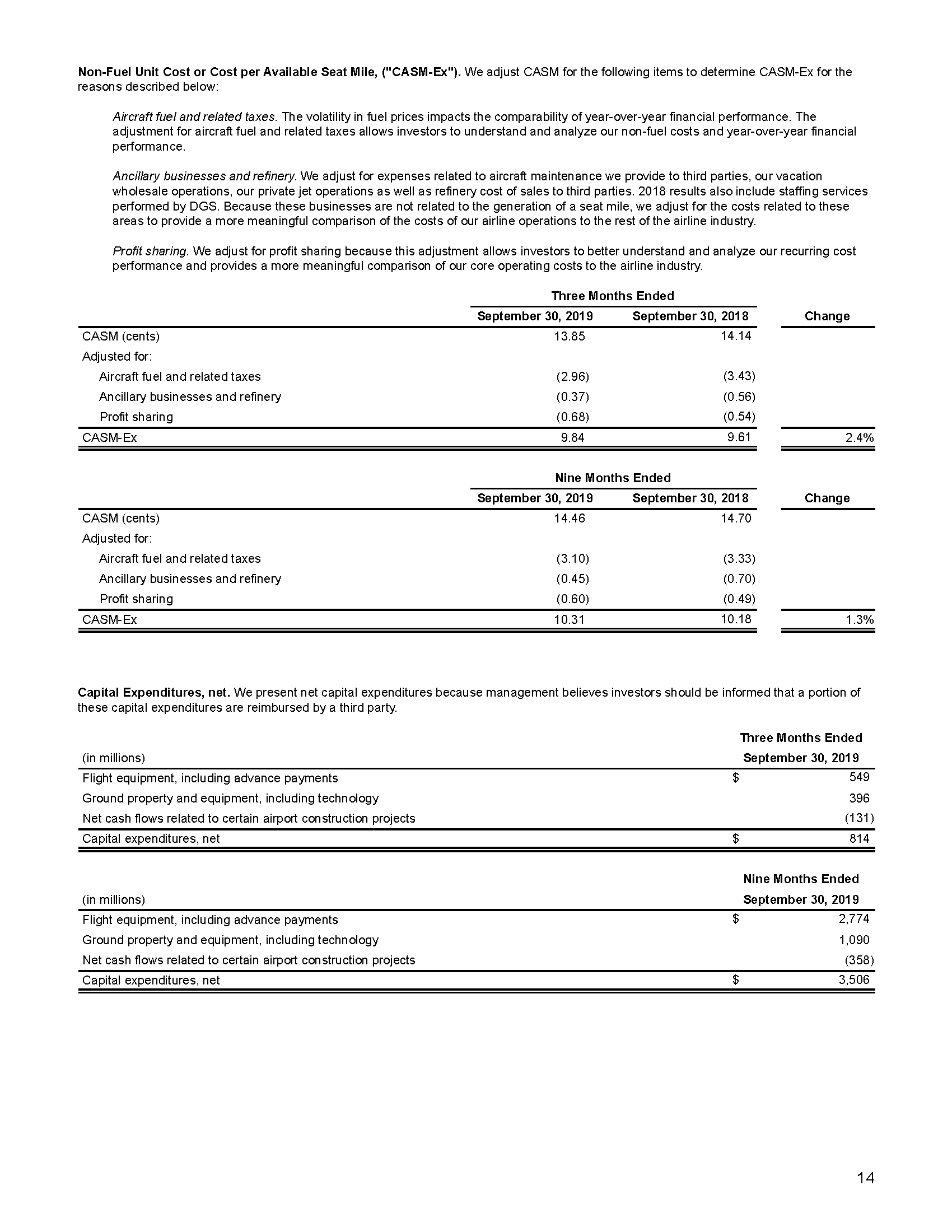 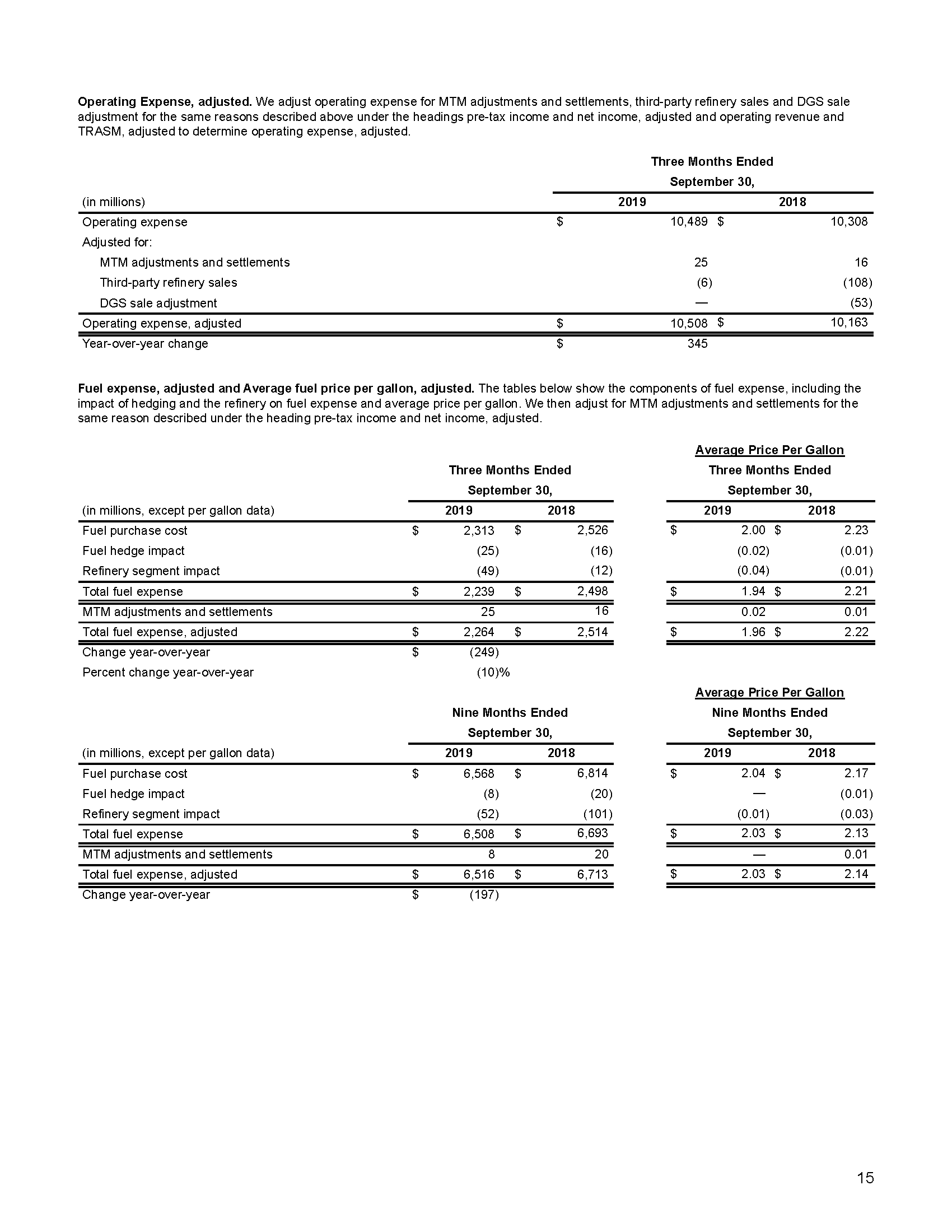 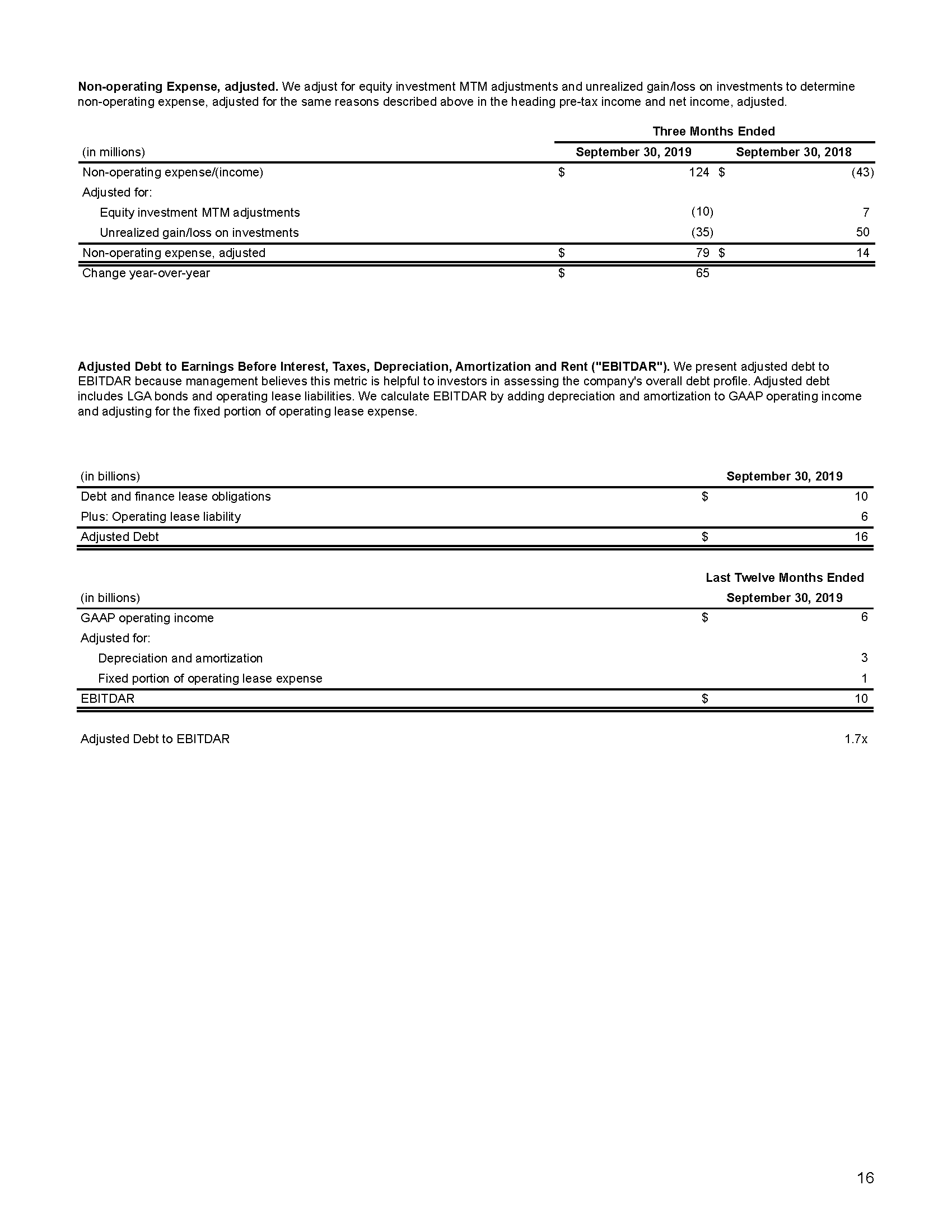