Delta Air Lines and Aerolineas Argentinas are celebrating the second anniversary of their expanded codeshare alliance, allowing the airlines to provide more travel options to customers. As a result of the partnership, 123,500 passengers have traveled across destinations in the United States and the Southern Cone.

More than 20,000 passengers each year connect between Delta and Aerolineas Argentinas beyond their hubs. Close operational coordination between both airlines and a customer-centric culture that fosters sharing best practices allow a streamlined, consistent customer experience.

Since the expanded interline agreement kicked off in 2015, Delta and Aerolineas Argentinas have connected flights from different U.S. Delta hubs with several cities around the Southern Cone of the region,  including Santiago, Buenos Aires, and other leading destinations in Argentina. Today, both airlines have reciprocal codeshare, operating U.S. to Buenos Aires from Atlanta, New York-JFK, and Miami; and Delta has a growing portfolio of connecting destinations into the U.S., in which Aerolíneas Argentinas provides access to Cordoba, Mendoza, and more than a dozen other destinations in Argentina.

"With Aerolíneas Argentinas, GOL, and Aeroméxico, Delta now partners with the largest domestic carrier in each of the top three Latin American economies by GDP," said Santiago Elijovich, General Manager – Hispanic South America at Delta Air Lines. "The increasing cooperation between our airlines result in a winning regional franchise connecting three of the most important Latin American economies and providing customers with additional choices in the marketplace."

Additionally, this agreement has offered other benefits to Delta SkyMiles or Aerolíneas' Plus loyalty programs. Clients can enjoy the reciprocal benefits of Delta SkyTeam Elite and Elite Plus when they fly with both airlines, including priority check-in, seating, and boarding, as well as an extra baggage allowance.

Delta continues strengthening the foundations of this cooperation to keep improving its offering for clients across the Americas. 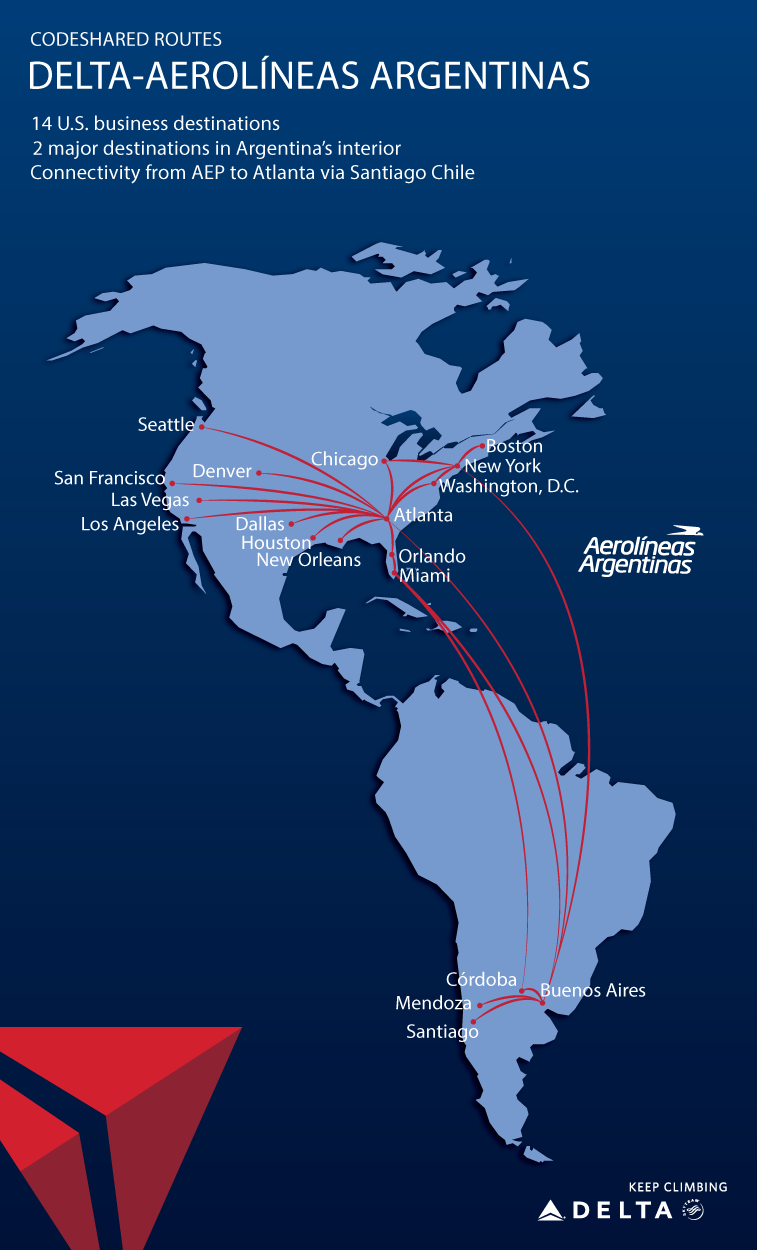