One year ago, Delta Air Lines and Grupo Aeroméxico, S.A.B. de C.V. launched the first transborder airline alliance with antitrust immunity between Mexico and the United States. Since then, more than 7 million passengers have enjoyed improved connectivity, more convenient schedules and increasingly seamless service between the two carriers.

Today, Delta and Aeromexico together offer more than 1,100 weekly flights on 64 routes between 10 cities in Mexico and 33 in the U.S. The partnership has launched eight new routes and two new joint destinations in Mexico and allowed co-location in nine airports in the U.S., six of which are Delta hubs, and three Aeromexico hubs in Mexico, making travel between the two airlines easier for customers.

"Delta and Aeromexico are natural partners because we share the same values that put our people and our customers first," said Delta CEO Ed Bastian. "Our relationship is only getting stronger as we continue to roll out our industry-leading partnership, and customers of both airlines are seeing the benefits as we accelerate the pace in 2018."

"This first year has been the result of an alliance that goes beyond improving connectivity for the transborder market, it has been about aligning actions and objectives to improve our customers' experience, while strengthening the bilateral relationship between both countries. We are very pleased with our results and we are certain that together we will continue to deliver the best service to our customers," said Aeromexico CEO Andres Conesa.

Highlights from Year One 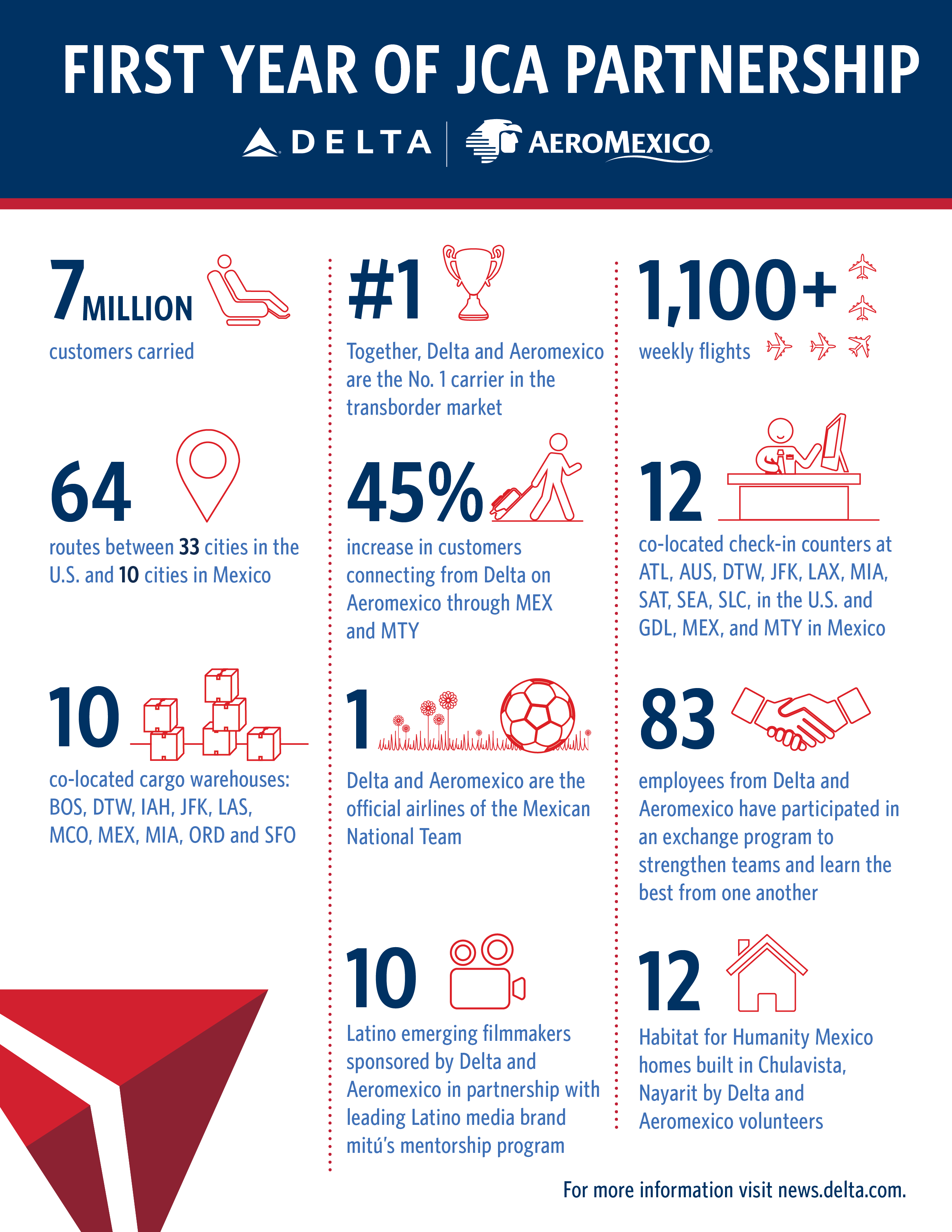 The Delta Air Lines and Aeromexico joint cooperation agreement (JCA), creates an expanded transborder route network enhancing competition between the United States and Mexico. With up more than 1,100 weekly transborder flights, the airlines have added new destinations providing convenient schedules benefiting the customers of both companies, while deepening the relationship they have shared for more than 17 years as founders of the SkyTeam global airline alliance.

The airlines are enhancing the customer experience through increased connectivity, by investing in airport facilities, boarding gates, VIP lounges and frequent flyer benefits through SkyMiles and Club Premier accruals. For more information on Delta Air Lines or Aeromexico visit: delta-aeromexico.com ​ 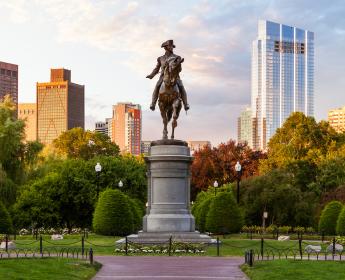