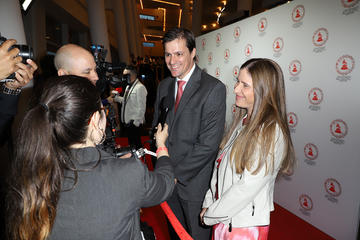 “This is the first time that Delta and Aeromexico jointly support The Latin Recording Academy as sponsors of the Latin GRAMMY Acoustic Sessions and we were honored to be part of this event,” said Luciano Macagno, Managing Director — Latin America & Caribbean. “Supporting diversity is fundamental for our airlines. There is no better way to illustrate this than embracing those who dedicate their lives to making, promoting and producing Latin music that reflects the richness of our cultures around the world.”

The intimate concert for entertainment industry VIPs and influencers, with performances by top Latin GRAMMY winners and nominees, gave guests a unique experience as they enjoyed a memorable night of music with Colombian guitarist and songwriter Juanes, a 22-time Latin GRAMMY and two-time GRAMMY winner. Juanes is also known for his humanitarian work and has more than 23 million social media followers. As a beloved global music icon, Delta has featured Juanes on the July 2013 cover of Despegando magazine, and his songs have been used both as part of the airline’s boarding and onboard music selection.

“Music has the power to unite people around the world, just like Delta and Aeromexico do every day,” said Jake Abel, Delta’s Director — International Marketing.  “Supporting the Latin GRAMMY Acoustic Sessions in Miami — and soon in Los Angeles — is important because it provides international support and recognition to exceptional performers who share with our customers their passion for Latin and Spanish music and culture.”

Delta and Aeromexico are also sponsors of the upcoming Latin GRAMMY Acoustic Sessions to be held in Los Angeles on Sept. 19 and in Mexico City in 2019.