Delta and Alaska Airlines will end partnership in May 2017 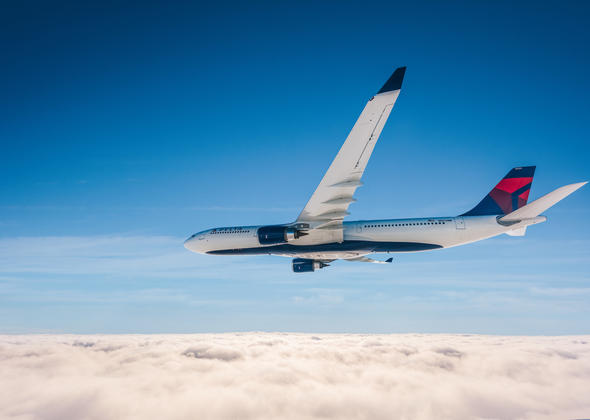 Delta will continue its commitment of investment and growth in the Pacific Northwest following a decision by Delta and Alaska Airlines to end their partnership. The decision is a positive milestone for both airlines as Alaska focuses on its merger integration with Virgin America and Delta focuses on creating more customer choice at its Seattle-Tacoma International Airport hub, where it now operates more than 150 peak-day flights to more than 40 destinations.

Effective May 1, 2017, Delta and Alaska will no longer have a codeshare agreement, and sales of flights under DL- and AS-coded flight numbers flown on Alaska and Delta aircraft respectively will cease. Additionally, customers of each airline will no longer be able to earn and redeem Delta miles or Mileage Plan miles on flights operated by the other carrier. The carriers will retain an interline agreement, allowing them to continue offering customers ticketing and baggage connectivity. Delta and Alaska today codeshare on only a small number of flights as Delta’s growth in Seattle has reduced the need for codeshare flying.

Seattle businesses have global travel needs, and Delta customers in Seattle retain a robust selection of flights following the end of the partnership. Delta has built a strong hub at Sea-Tac, having more than tripled flights and destinations since 2013, and has become a reliable and collaborative travel partner, offering unmatched products and services and a team of 3,200 local employees to support Seattleites’ travel needs.

“We view Seattle and the Pacific Northwest as one of the most important markets in the country, with strong economic growth, cultural diversity and some of the world’s most innovative brands and minds,” said Mike Medeiros, Delta’s Vice President – Seattle. “As a result, we have invested heavily in our product, services, facilities and the community. Our focus now is earning the long-term trust of Pacific Northwest customers by demonstrating the value of partnering with a global airline and the benefits of being a Delta SkyMiles Member.”

To learn more, customers can visit Delta.com/skymilesinseattle or call 800-323-2323.

Unmatched Products and Services in Seattle
Delta is the largest global carrier at Sea-Tac with more than 150 peak-day departures to more than 40 destinations. Some flights may be operated by Delta Connection carriers Compass Airlines and SkyWest Airlines. The airline offers products and services unmatched by any carrier:

Delta people are active members of the community, giving their time and resources to more than 100 organizations close to the hearts of Seattleites, including Habitat for Humanity – Seattle King County, Boys & Girls Club of King County, PATH, KaBOOM!, Seattle Pride and End AIDS Walk Seattle, among others. In 2016, Delta paid out more than $53 million in profit sharing to its Seattle employees and committed to contributing 1 percent of its net income from the previous year to key charitable organizations, including organizations in Seattle. Delta is one of the world’s largest operators of Boeing aircraft, with more than 700 Boeing jets flying around the globe each day. The airline has hired more than 1,000 employees since 2013, and its expansion at Sea-Tac is estimated to contribute $571 million annually in total economic output.