Delta and the NBA’s Atlanta Hawks are announcing a partnership that makes the airline the “Official Airline of the Atlanta Hawks.” 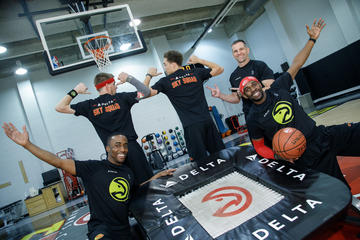 “We are proud to partner with Delta Air Lines, an Atlanta company that sets industry standards across the globe,” said Hawks E.V.P. and Chief Revenue Officer Andrew Saltzman. “For years, our mantra has been ‘True to Atlanta,’ and this partnership will undoubtedly strengthen our ties to this great city and beyond.”

“The Atlanta Hawks are the type of hometown organization Delta enjoys partnering with,” said Bill Betz, Delta General Manager of Brand Marketing. “We are a proud and long-time supporter of the Hawks, and we look forward to growing with them, on the court, in the air and in our collective community.”

Delta and the Hawks will collaborate to create an original digital content series to be distributed on the Hawks’ social media and digital channels titled “Hawks Hang Time.” The series will feature teammates conducting interviews from the tarmac before and after the club boards its chartered Delta flights. 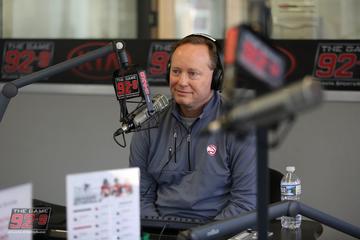 The Delta Sky Squad, the airline-branded performance team, which provides in-game entertainment at the majority of the Hawks home contests, will also assist with community engagement efforts for the Hawks and Delta.

Delta Air Lines is the presenting sponsor of “On the Court with Coach Bud,” the weekly radio segment featuring Coach Budenholzer on Atlanta’s top-rated sports radio station, 92.9 The Game. The segment airs Thursday’s at 10:20 a.m.

Recently, the airline unveiled a new 25-foot tail from a retired Boeing 757-200 aircraft at SunTrust Park as part of its overall sponsorship as “The Official Airline of the Atlanta Braves.”

Delta is also committed to being a strong partner and giving back to the communities where its employees live, work and serve, contributing 1 percent of its net income to charitable organizations each year.

Delta, The Delta Air Lines Foundation and its employees contribute thousands of volunteer hours and millions of dollars to a host of causes through its arts and culture, education, environment, health and wellness, and military and veteran efforts. As Atlanta’s hometown airline, Delta is firmly committed to the local community, supporting more than 100 nonprofit organizations.