Delta and GOL, 4 years and half a million passengers later 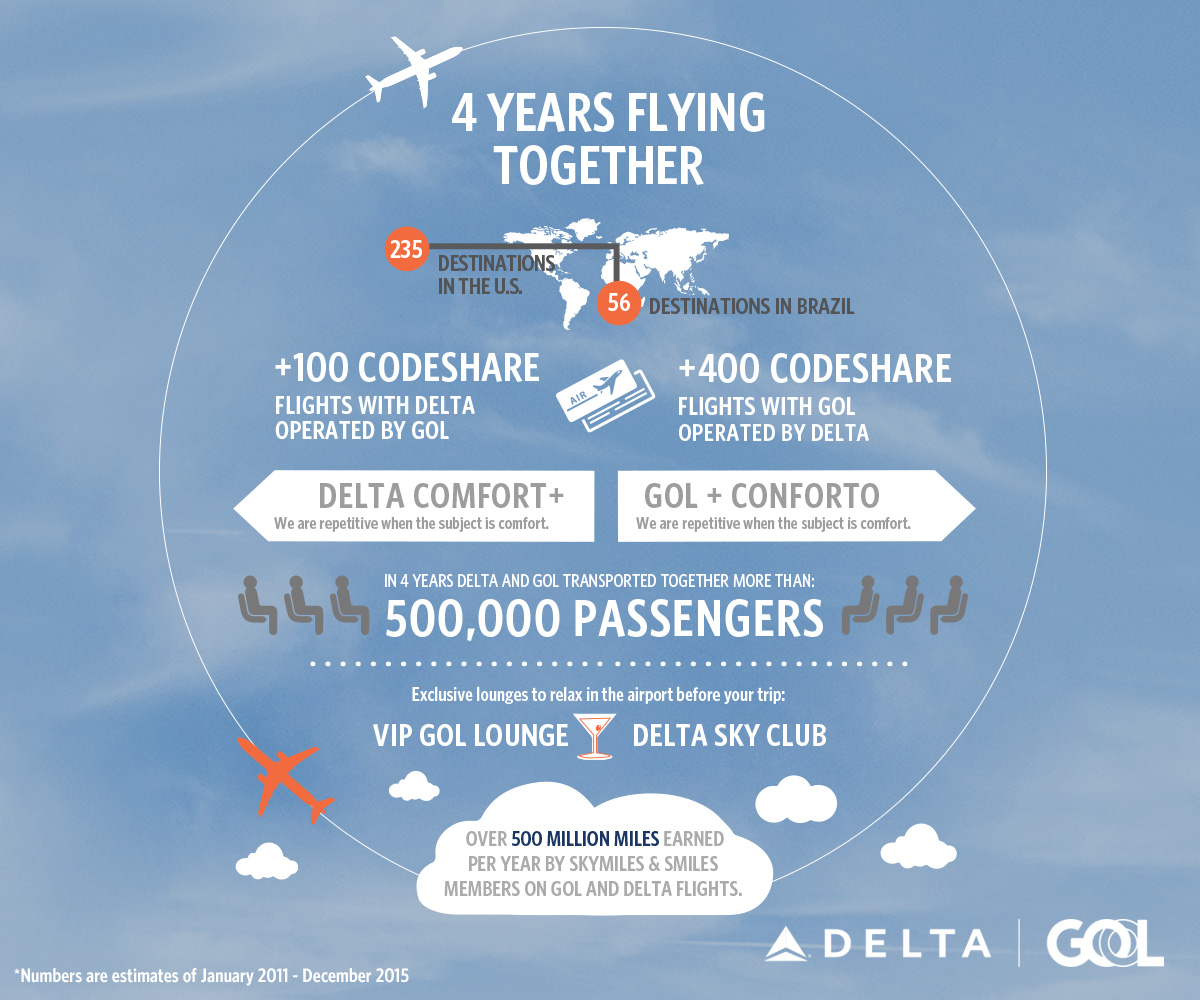 Delta and GOL have come a long way in four years, and there is much work going on behind the scenes to make the airline partnership prosperous.

Since the airlines announced their alliance on Dec. 7, 2011, the work has been focused on providing increased benefits to customers. The enhanced Delta-GOL network provides access to:

The alliance has also helped in the creation of parallel products such as GOL + Comforto modeled after the popular Delta Comfort +.

Additionally, the connections that GOL provides to the interior of Brazil is important to the success of new and established Delta routes between Brazil and the U.S. The Orlando-Sao Paulo route will provide customers the reach of GOL’s network with over 700 weekly codeshare flights to Brazil’s interior.

“Our partnership will always have the customer at the center of any decision we take,” said Nicolas Ferri, Delta’s Vice President for Latin America and the Caribbean. “Dec. 19th is the start date for our new daily flight between Orlando and Guarulhos, one of the routes with most demand for Brazilians.  Likewise we increased our codeshare agreement with GOL to include additional cities in the continental U.S., Hawaii and Canada.”

Meanwhile, both airlines are performing well operationally. Delta has logged a record-setting 146 days with no cancelations on mainline flights as of this week. At GOL, the airline from January to November achieved a 95.56 percent on-time performance, with 247,470 flights during the period. 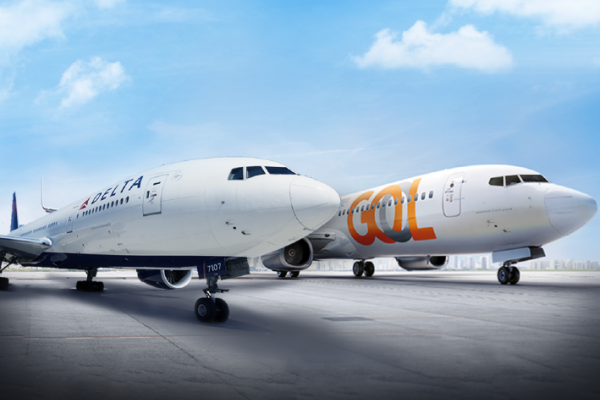