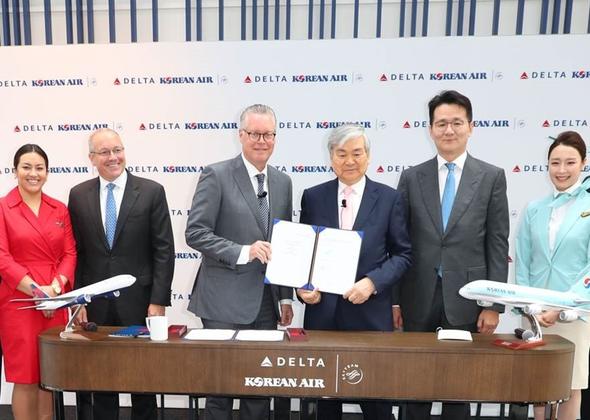 ATLANTA and SEOUL — Delta Air Lines and Korean Air have reached an agreement to create a leading trans-Pacific joint venture in both scope and service, offering an enhanced and expanded network, industry-leading products and service and a seamless customer experience between the U.S. and Asia. The agreement, signed today, deepens their historic partnership, which spans nearly two decades. ​ 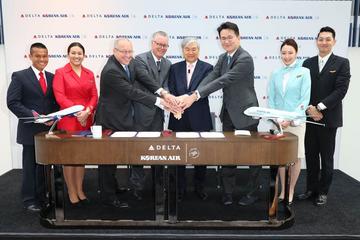 "Together, Delta and Korean Air are building a world-class partnership that will offer more destinations, outstanding airport facilities and an unmatched customer experience on the trans-Pacific," said Ed Bastian, Delta's CEO.  "By combining the strengths of our two companies, we are building a stronger airline for our employees, customers and investors."​

"Now is the right time for this JV. The synergies we're creating will build stronger and more sustainable companies, and this is good for travelers, our companies and our countries," said Korean Air Chairman, Y.H. Cho.

The agreement is the latest expansion of the longstanding partnership between Delta and Korean Air, which began in 2000 when both carriers became co-founders of the SkyTeam global airline alliance. This agreement follows the airlines' signing of a memorandum of understanding in March announcing the intention to form a joint venture. 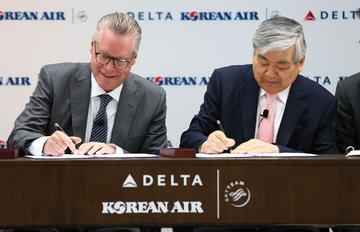 The joint venture will create a combined network serving more than 290 destinations in the Americas and more than 80 in Asia, providing customers of both airlines with more travel choices than ever before. The joint venture will augment the two airlines' capabilities in the trans-Pacific market and provide the necessary scale and scope to compete in this market.

Delta and Korean Air will lay the groundwork for implementing all aspects of the joint venture, subject to regulatory approvals, including:

Under the agreement, the airlines will also share costs and revenues on flights within the scope of the joint venture as they work to expand service options for travelers.

In anticipation of the joint venture, Delta recently launched new nonstop service between Atlanta and Seoul. This flight complements Korean Air's existing service and provides customers in the U.S. with greater access to destinations across Asia. At the same time Korean Air will continue to expand its U.S. – Korea network in summer 2017 with the introduction of a third roundtrip flight between Los Angeles and Seoul, as well as a second flight between San Francisco and Seoul.

For further information about Delta Air Lines or Korean Air log onto delta.com or koreanair.com.

Watch b-roll and hear soundbites from the event. 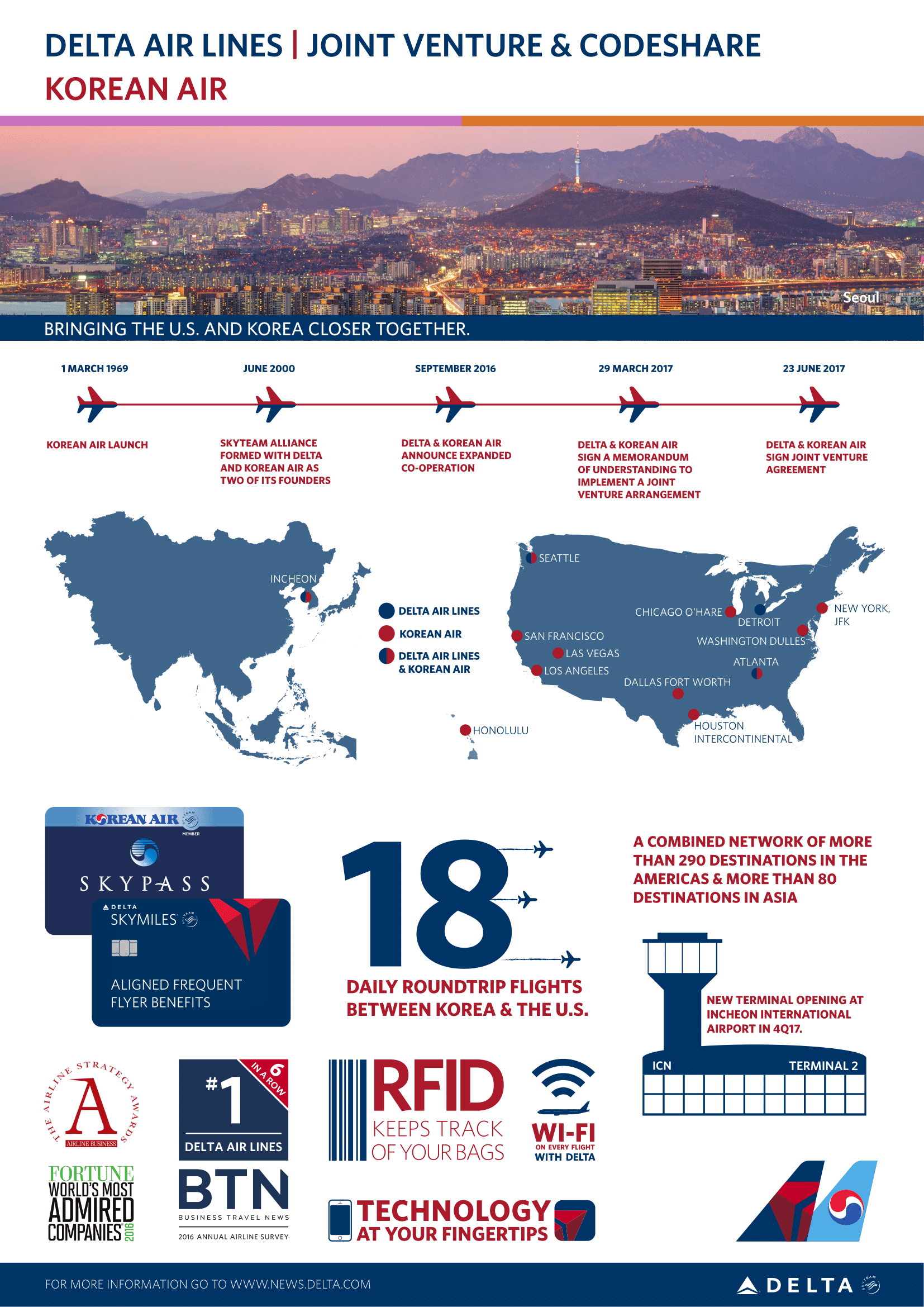