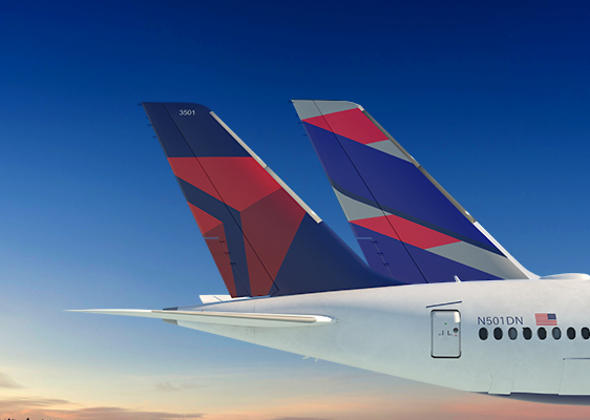 Delta Air Lines and the LATAM Airlines Group will jointly add more than 20 international routes between the United States and South America and also expand connections to a broad number of domestic and regional destinations from their hubs in Atlanta; Santiago, Chile; Lima, Peru; Bogota, Colombia; and São Paulo / Guarulhos in Brazil.

Delta is now putting its code on 12 international routes operated by the LATAM Group between South America and cities in the United States where customers can access connections, including Miami and Orlando, and Delta’s hubs at Boston, New York JFK and Los Angeles. In addition, Delta is adding its code to six interregional routes in South America and four new domestic destinations in Chile.

The agreement in turn has the LATAM Group putting its code on eight international routes operated by Delta between South America and the United States, including to its Atlanta and New York JFK hubs, where the airline offers connections to a range of U.S. domestic and global destinations.

In total, the agreement enables connections to more than 40 codeshare destinations in South America, covering the domestic markets of Brazil, Chile, Peru, Colombia and Ecuador, the regional network, and South America-United States international routes operated by Delta and LATAM, along with more than 70 U.S. domestic routes operated by Delta. Both airlines will expand their current codeshare network in the next few months, with routes to be added to destinations on Delta's domestic network in the United States and between the United States and Canada.

“Delta is as committed as ever to providing our customers with expanded travel options and service that is award-winning. The extension of our codeshare agreement with the LATAM Group enables Delta to expand our route network and customer benefits just as borders have reopened and customers travel freely again,” said Alain Bellemare, President International of Delta Air Lines. “We look forward to introducing more of our customers to the LATAM Group’s exceptional service and complementary route network, and to welcoming more LATAM customers on board our flights between South America and the United States.”

"This codeshare agreement is a sign of the depth of the strategic agreement between LATAM and Delta, offering the largest network of connections in the continent, with better schedules, safety and a world-class, award-winning service," said Marty St. George, CCO of LATAM Airlines Group.

As part of this agreement and on the new codeshare routes, LATAM Pass® and SkyMiles® members will accumulate miles / points in their respective frequent flyer programs, including priority boarding, additional baggage check-in and access to VIP lounges for selected categories. Customers can easily connect between Delta and LATAM flights in hub airports where the carriers have co-located. This includes Terminal 4 at John F. Kennedy International Airport (New York City), Terminal 3 at São Paulo's Guarulhos Airport and soon at Terminal 2 at Santiago's Arturo Merino Benitez Airport.

For information on itineraries and to book reservations, visit delta.com and latam.com.