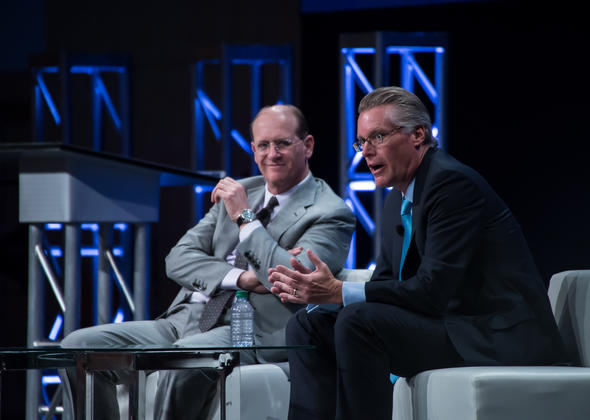 Delta Air Lines, Inc. Board of Directors today announced that Richard H. Anderson has chosen to retire as CEO effective May 2, 2016. At that time, Mr. Anderson will be elevated to Executive Chairman of the Delta Air Lines Board of Directors. “Richard has been an outstanding leader and CEO. His unique combination of strategic and operating skills, plus his commitment to employees, corporate culture, customers and shareholders has redefined Delta and led to an entirely new and better way of flying around the world. Under Richard’s leadership, Delta has become the most profitable and best run airline that consistently delivers excellent customer service. The entire Board of Directors extends a hearty thanks for his service, his leadership and his thoughtful succession planning process. This succession plan has been several years in the making and will keep Delta on top of the global industry,” said Dan Carp, Chairman of the Board.

Ed Bastian, President of Delta, will be appointed CEO effective May 2, 2016 and Glen Hauenstein, Executive Vice President, will be appointed President of Delta, also effective May 2, 2016. Gil West is promoted immediately to Senior Executive Vice President and Chief Operating Officer. “Ed has been a critical part of Delta’s success. He is an exceptional leader and has been an invaluable partner in leading the remarkable transformation of Delta over the last decade. Likewise, Glen and Gil are extraordinary leaders who have led the transformation of Delta’s network, product and operations. I hold Ed, Glen and Gil in the highest esteem, both personally and professionally, and have every confidence that they will lead Delta to even higher levels of performance,” said Richard Anderson. “Ed Bastian will lead the best management team in the global industry. Delta’s succession planning and executive development has produced the top performing executive team in the global airline industry,” said Dan Carp, Chairman of the Delta Board of Directors.

Upon Richard Anderson’s appointment as Executive Chairman on May 2, 2016, Frank Blake, a current Delta Director, will be appointed Lead Director of the Delta Air Lines Board of Directors. Dan Carp will step down as non-executive Chairman and remain on the Board of Directors of Delta. “Dan Carp has been an excellent mentor and colleague as the Chairman of Delta since 2007, overseeing the remarkable resurgence of Delta as the recognized leader of the global aviation business,” said Richard Anderson.