Delta keeps climbing, and Habitat for Humanity of Greater Los Angeles keeps building, following a five-year, $750,000 pledge by Delta to help families in need of affordable housing in the city. 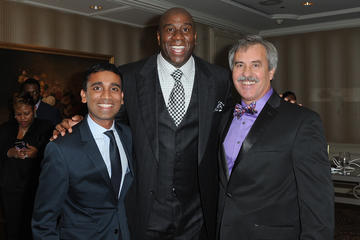 “Delta’s recent investments at LAX are really just one part of our full investment in Los Angeles,” said Ranjan Goswami, Vice President – Global Sales, West. “Delta is also firmly committed to the LA community, and we are especially proud of our longstanding partnership with Habitat LA, whose tremendous efforts are strengthening the region where more than 3,000 Delta people live and serve.”

The new commitment was announced by Habitat LA President and CEO Erin Rank at the organization’s Builders Ball™ Oct.14 in Los Angeles. The event marked Habitat LA’s 25th anniversary and recognized its counterparts in the building and real estate industries.

Over the past six years, Habitat LA has invested more than $100 million into the transformation of communities across greater Los Angeles, building completely new neighborhoods and improving aging and blighted housing.

Delta has participated in five Habitat builds in Los Angeles, most recently building a new home in the West Athens neighborhood of unincorporated Los Angeles County earlier this fall.

Through local and national support, Delta employees have helped build or rehab 221 Habitat homes in 12 countries around the world. In 2015, more than 2,400 Delta employees will participate in seven builds across the county.